18th May – Monfrague – A Mystery Bird

I mentioned in one of my blogs from Extremadura, a mystery bird we saw near the Monfrague Visitor Centre at Villareal de San Carlos. I am adding the photos here in case anyone out there has any idea what the bird was. I would describe it as a finch-like bird with a finch’s bill and quite a chunky body. It was bigger than a Greenfinch but smaller than a Blackbird. It was quite a dull brown colour all but with maybe a lighter brown head, but that might have been due to the sunlight. The bird was not concerned when we parked the car next to it to take photos and when it did fly off it landed on the ground nearby. We didn’t hear it call at all. The photos are not very good I’m afraid but maybe someone can add to the debate which is currently ongoing on my Facebook group and between some of the CBBC Committee Members. 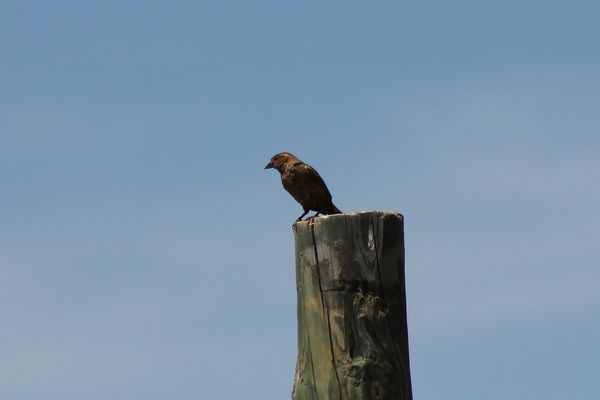 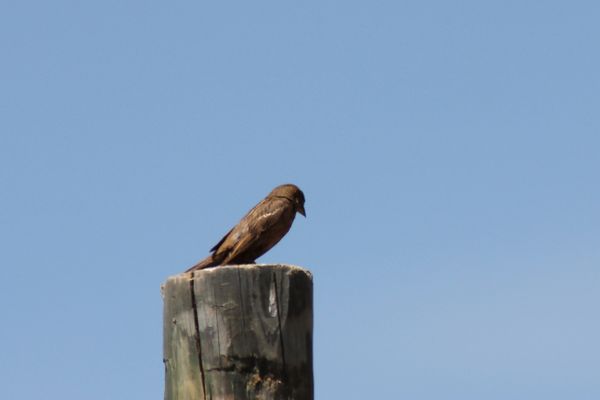 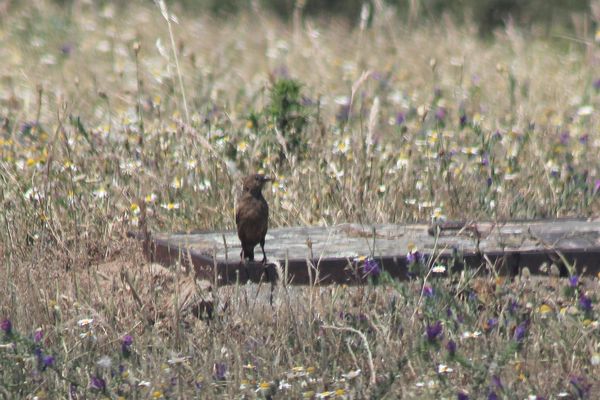