Who dares to say that shouldn’t go out birding in our hot summer days?  If you take the gamble then you could have had two excellent days out this month.  Last week Yecla and this Friday we stayed local and had a full day out.  I met  Bryan in Gran Alacant at 8am and we were birding within minutes when we stopped in the lay-by on N332 by the Salt Tower.  The Flamingos were so close that no binoculars were needed and posed for Bryan and his camera.  In truth there was not too much else, but we had views of both Greenshank and Redshank with two Turnstones feeding on the rocks at the foot of the tower.  One Slender-billed Gull swam near by and two Night Herons flew from out of the reeds.  A Yellow Wagtail showed briefly.  We moved on. 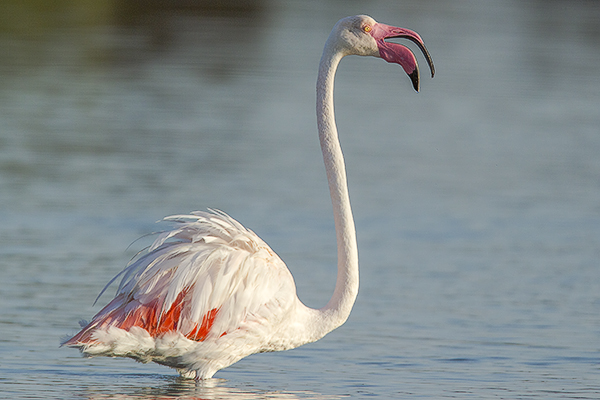 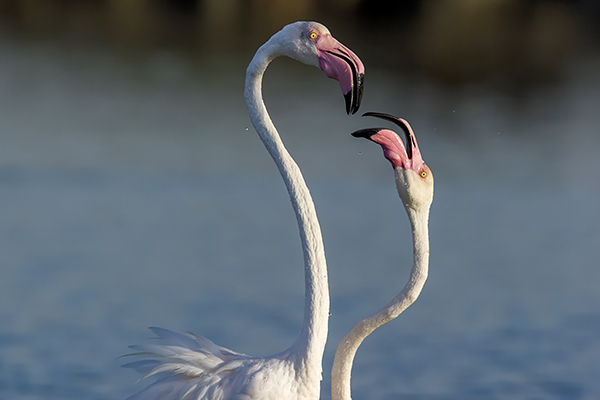 We decided to give El Pinet a quick visit and on the roundabout, under the N332, Bryan found his bird of the day!  A lonely juvenile Pratincole and like all good girls it posed for the camera.  We saw no adult birds and this one was one of only about three or four which were at El Pinet.  Here we hoped to see more waders, but it is still too early for many.  The usual Avocets, Black-winged Stilts and Kentish Plovers showed well.  Terns were their usual busy selves with Little, Sandwich and Common all flying.  We quickly moved on as our objective was to check on the water levels around the visitor at San Felipe Neri at E Hondon.  We decided to take a more circuitous route through farm land.  We saw ten individual Rollers with Common Kestrels perched on the wires, five Southern Grey Shrikes, two Woodchat Shrikes and a Spotted Flycatcher.  Driving alongside a canal we flushed two Green Sandpipers.  We carried on and on the Vistabella Road we found a field being flooded that contained young Pomegranate trees.  Here there were in excess of 200 Jackdaws, numerous Cattle Egrets and about 60 or more Glossy Ibis. Swallows flew low over the gushing water. Earlier we had seen Red-rumped, both Pallid and Common Swifts together with the odd House Martin. Squacco Herons called and flew, also GreyHeron were feeding, and and we saw Little Egrets too 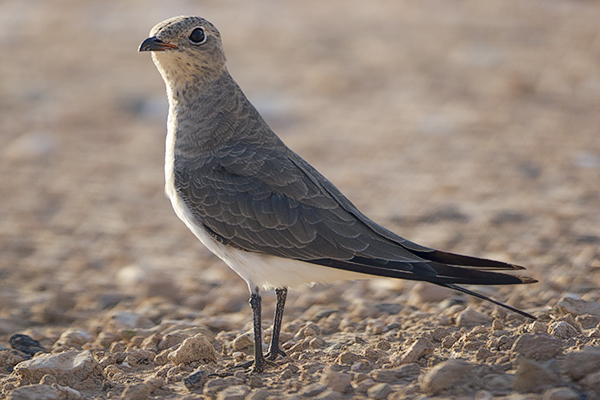 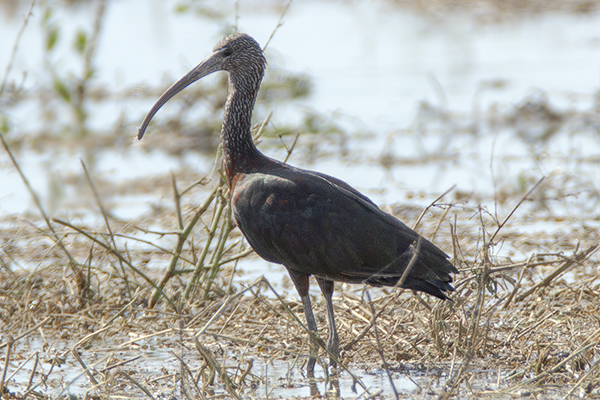 At Hondon we found that the water levels were very good and although there was not a Pratincole to be seen, but we did see one Little Stint, all three types of Plover, Purple Swamp-hens, one Common Sandpiper and it would appear the influx of waders has still to happen, but it is early yet.  Also a Reed Warbler flew and that added to the list with a Zitting Cisticola seen earlier. Bee-eaters were in evidence near the entrance.

On the small enclosed pond at the back of the visitor centre were both Common and Red-crested Pochards.  The latter were both adult birds with seven youngsters.  Two Red-knobbed Coots fed on the bank with the ubiquitous House Sparrows.  Also there was one Teal like duck and a photograph may give us an identification.

We were fortunate to meet two birders from Norfolk who said that they had seen Bearded Tits near the hide in Vistabella Road.  We returned  there, but were unsuccessful.  Perhaps next time.  However we were pleased to see a juvenile Whiskered Tern and hear it glamouring for food and being fed.  The exchange was clearly seen with the food being dropped into the youngsters mouth without contact being made.

I don’t always bother with numbers, but this one stands at 51 different species and, of course, some are already on their way south only to be seen again next year.