Driving along the coast road between the Javea Parador and Javea Port at 6pm on March 8th, I spotted a large number of gulls huddled together, mostly sitting on the rocks but also on the sea just offshore. They were almost all Audouin’s Gull and I counted c230. I didn’t have my camera, but went back yesterday, March 9th, and took some photographs, again at 6pm. I counted c200 yesterday. There were none there earlier in the morning; presumably they were out feeding then. In addition to the Audouin’s Gull, yesterday there were two Mediterranean Gulls in summer plumage, also sitting on the rocks next to them, plus a Sandwich Tern and a Black-headed Gull, the latter also in summer plumage. It’s nice to have the two black headed gulls in the same picture so that a comparison can be made. 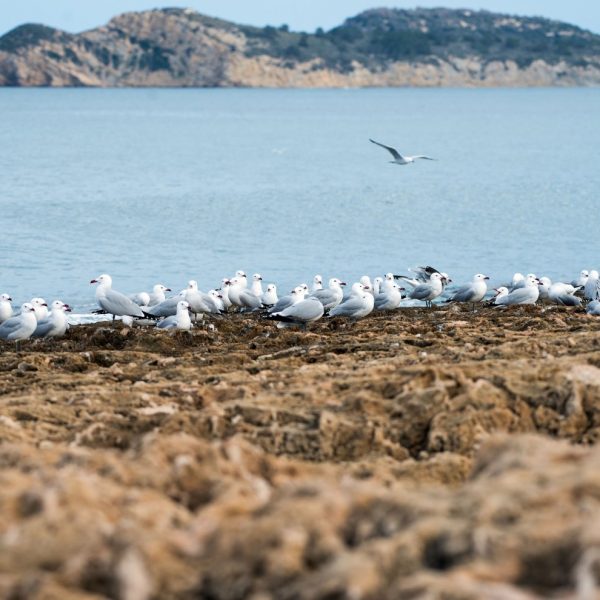 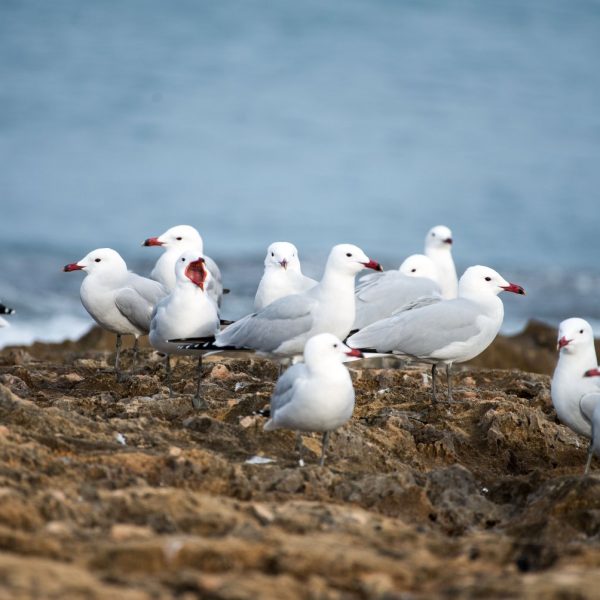 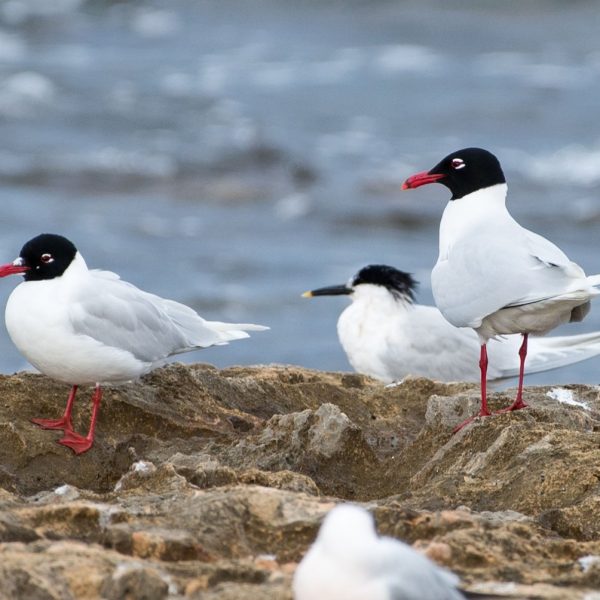 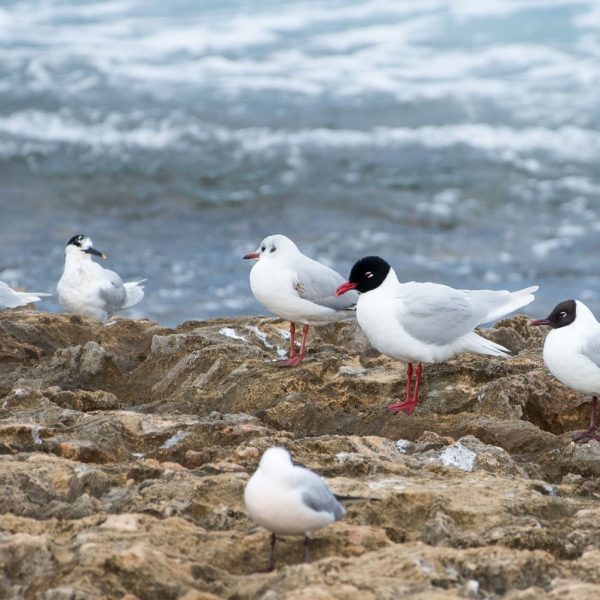