We enjoyed a short visit to a rather chilly Belvide today and managed to catch up with a few of the ‘usual suspects’. At the woodland feeders we saw Blue Tit, Great Tit, Coal Tit, Nuthatch, Robin, Dunnock, Chaffinch, Wren, Pheasant and two Jays who were making a right racket due to a Buzzard flying over and landing nearby.

On and around the reservoir there were Tufted Duck, Goldeneye, Great Crested Grebe, Canada Goose, Greylag Goose, Grey Heron, Moorhen and Coot. John briefly saw a Water Rail as it disappeared into the reeds but sadly I missed it! A Bittern had been reported in the sightings notebook over the last few days but unfortunately we didn’t see it. It is nice to know it is there though.

As we walked round to the Gazebo Hide we were happy to see several Fieldfares and a few Redwing. Plenty of Blackbirds, Crows and Jackdaws were also flying around the area.

Visitors to the Gazebo feeder included three Reed Buntings and several Tree Sparrows along with more of the commoner species already seen.

We weren’t there very long but it was a very relaxing pre-Christmas outing. 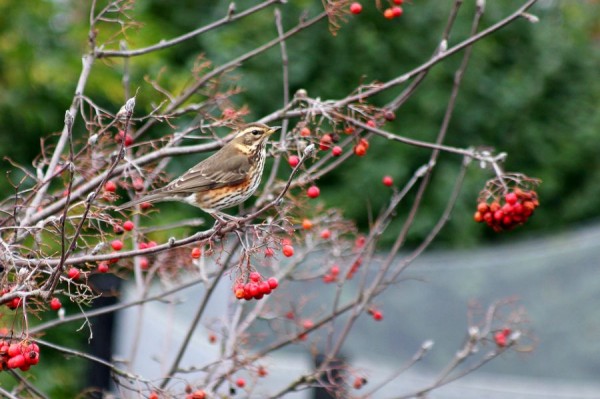 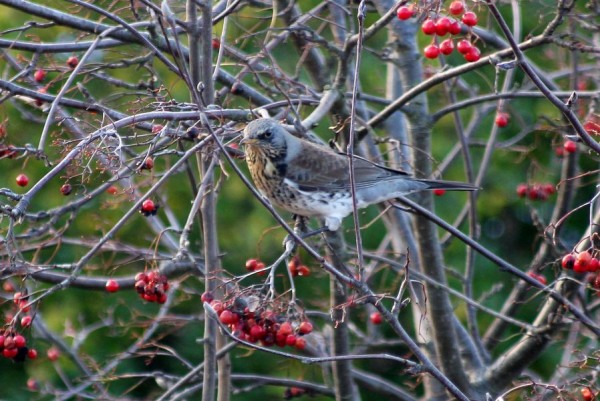