Skip to Main Content
On Wednesday 17th May, Mark Begg and I went on an expedition to fulfil a long-held ambition of mine to photograph a Golden Oriole, a bird I first saw two years ago for a grand total of about 3 seconds – a flyover bird.

We drove in Mark’s car along the Madrid motorway and turned off after about 110 kms towards Higueruela, and the site where I had my previous sighting. Within view of the town, we turned off to the right where there was a sandy bank with a Bee-eater colony, getting a bonus Northern Wheatear at the same time, and moved along a track parallel to the road until we came to a building with a picnic area and a few trees, and immediately heard the calls of at least two Orioles. Getting out of the car, we had a few glimpses of flyover birds but no chance of a shot at them. We continued a short way back down the road, and turned off onto the track where I seen the bird two years before, parking near the stand of poplar trees where even more birds were calling.

There followed a prolonged period of stalking, always following the sound but only getting momentary views, until Mark suddenly spotted an adult male sitting out in the open, but some distance away. Unfortunately there was no tree cover between us and the bird, so we took as many long-distance shots as we could while trying to edge closer, the bird sat for a few minutes but eventually flew off. It wasn’t until the following day, when Mark told me that he had also got the female in his shot as well, that I realised I had it too! 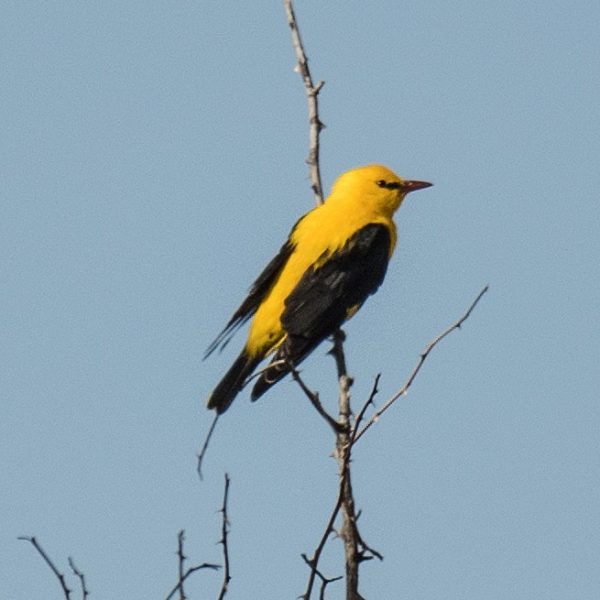 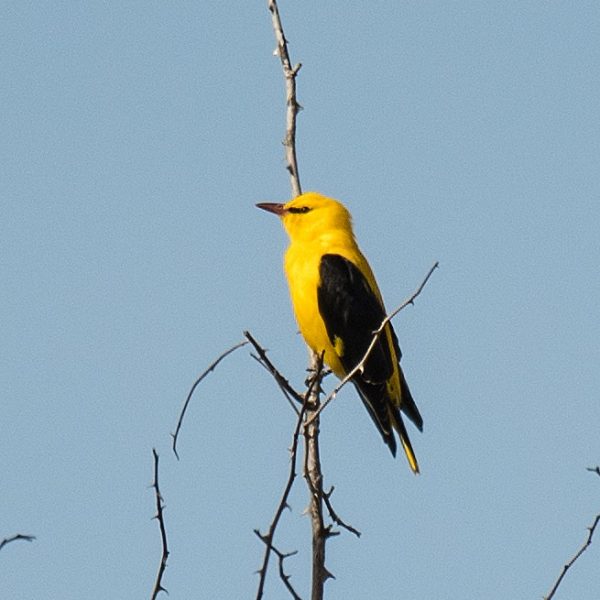 We also found a smart Golden Oriole nest in one of the poplars, it seemed fairly new and there was no sign of the birds in the immediate vicinity of the nest.

Also in the area were several singing Nightingales, one of which we also stalked for some time, Mark got some shots of it but I failed miserably. Once again, it was magical to be in such close proximity to a singing bird and enjoying the fabulous sound. Short-toed Treecreepers were also there in some numbers, once again I failed to get a usable shot.

We continued on in the direction of Petrola, where we had a delicious tortilla snack and a coffee whilst watching two pairs of House Martins busily constructing their nests. We stopped off at the many pools in the area, getting some good bird shots, and we had a very distant sighting of Great Bustards, but they seemed in short supply on the day.

We visited the Yecla area on the way back with more interesting birds including a group of over a dozen Choughs feeding on farmland, and I was delighted to get some more personal photographic firsts in the shape of Gadwall, Rock Sparrow and Short-toed Lark. We also made friends with a tiny Yorkshire Terrier who seemed to be miles from anywhere, but after he had said hello he took off in a very determined way, so we hope he found his way home without being targeted by one of the local raptors! 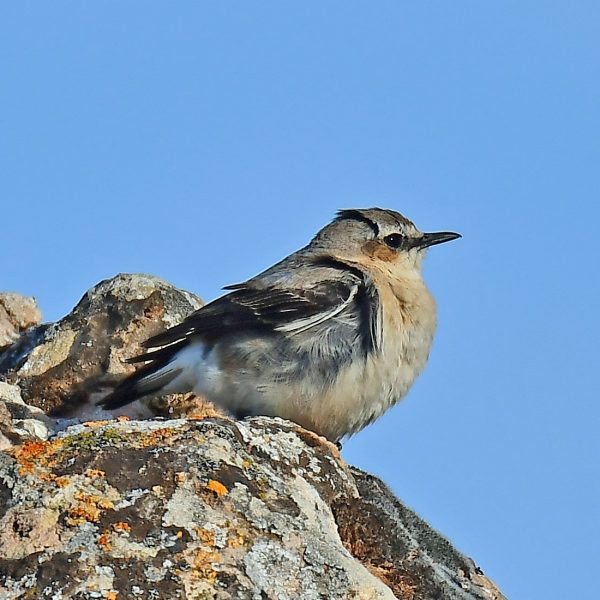 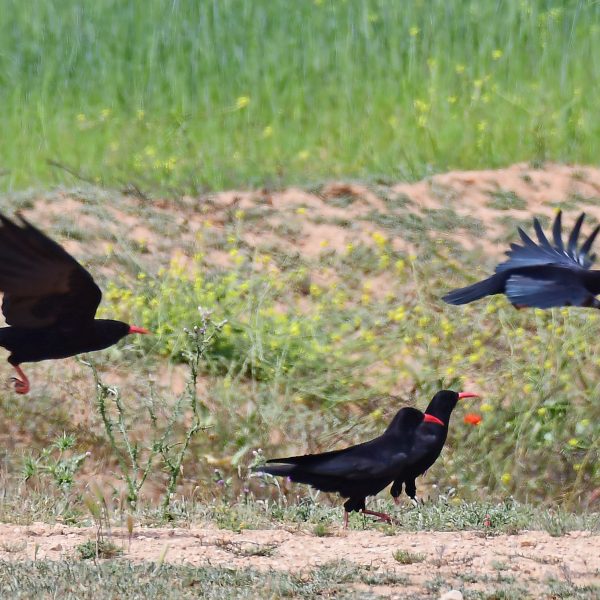 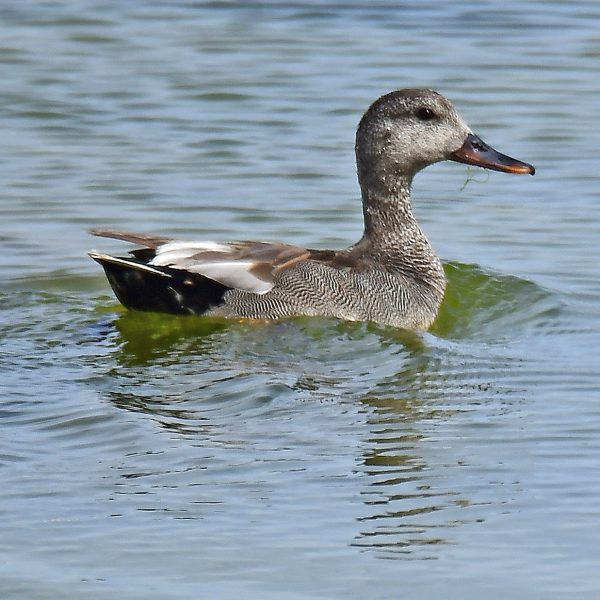 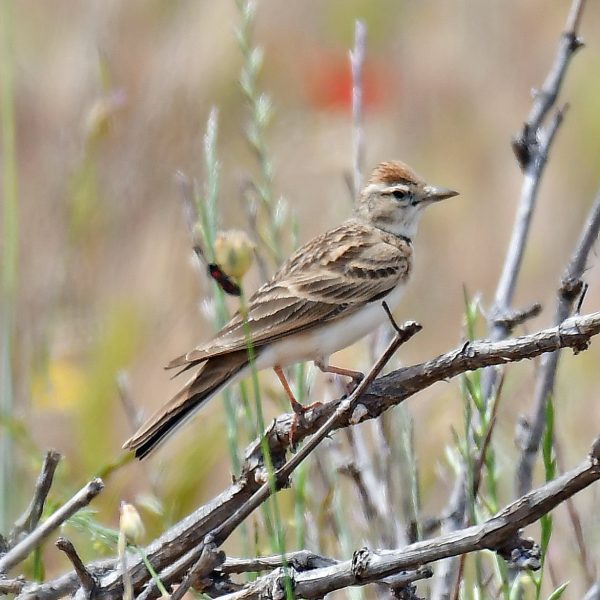 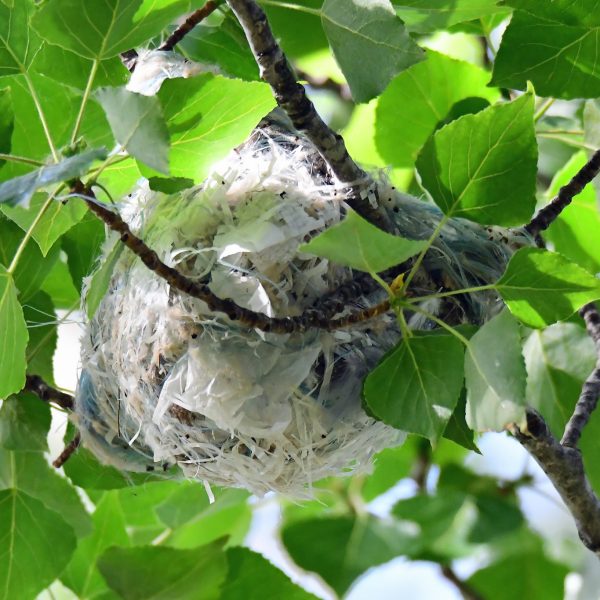 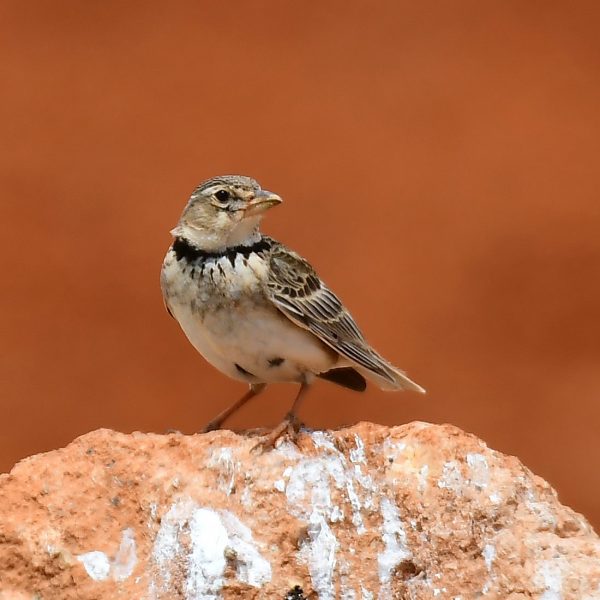