Today we set off with Bryan to visit the Mar Menor area. It was a glorious sunny day, with only light winds and incredible light. Our first stop was at the Cabo de Palos salinas where the usual birds were present, including Greater Flamingo, Avocet, Black winged Stilt and Slender billed Gull. We parked on the far side of the lagoons and found a small group of Dunlin and Little Stint, two Kentish Plover a Little ringed Plover and aGreenshank. On one of the low walls between the lagoons we found, first one and then another seven Stone Curlew. They were the closest I had ever seen this species and we had great views through the scope. We drove back round the lagoons and stopped to take a few photos and check the pools for more waders. At the far end of the road we examined the scrubby area where a few small birds seemed to be moving about. Quite a few Greenfinch were around and we saw and heard Sardinian Warbler and Dartford Warbler. Suddenly, Bryan called out Wryneck and in my excitement I couldn’t decide whether to look through my binoculars or the camera! In the end I went for the camera and got a couple of record shots before the bird flew out of sight. This had to be the ‘bird of the day’ for John and I as we haven’t seen one for at least three years. Unfortunately, Bryan was so busy showing us where the bird was he forgot to take a photo!

We moved on to the lighthouse and found plenty of Crested Larks and Black Redstarts as we walked around the area. There were more Sardinian Warblers along with Stonechats, Southern Grey Shrike and a Song Thrush. Bryan was pleased with the Song Thrush as he rarely sees them in Spain, although he sees them all the time when he is on the Scilly Isles. A Kestrel was hunting and returning to feed on a pylon near to the sea, but we couldn’t see what it had caught. We stopped for coffee at a nice cafe between the beach and the harbour before moving on to Calblanque. At Calblanque we took the left hand track, passing a Little Owl sitting on a dead tree, and at the salinas we observed 20/30 Audouin’s Gulls on the far side of the water. We parked near the beach and ate our picnic lunches while being continuously distracted by flocks of small birds, including Linnets, Greenfinches and Meadow Pipits. A few Cattle Egrets were wandering around in the scrub, several Stonechats were in the area, and a Kestrel hovered overhead.

Our final stop was at the San Pedro del Pinatar salinas. Here we found more Greater Flamingo, Avocet and Black winged Stilt, along with a few Black necked Grebes, Slender billed Gulls and Shelducks. Good numbers ofYellow legged Gulls were around, together with Little Egrets, 2 Hoopoes a Grey Heron, a Water Pipit, about 6 Black tailed Godwits and a Redstart. On our way back home we added Great white Egret to our list as we crossed the Santa Pola salinas. All in all it had been another good day’s birding with fantastic weather and a few highlights, such as, the Wryneck and the great views of Stone Curlew. 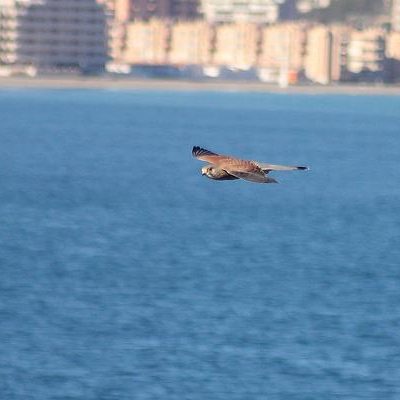 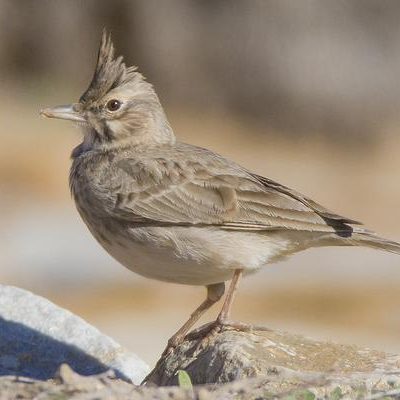 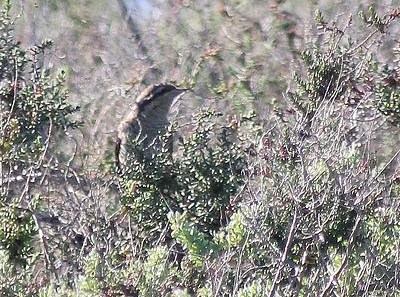 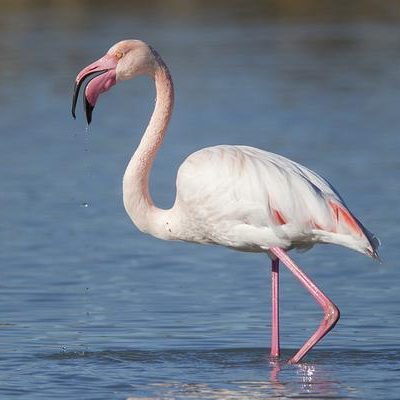