We decided to have a drive up to Crevillente to see the Bonelli’s Eagles that nest up there. Our first birds on the way up the canyon were two Mistle Thrush on a wire near a house that is for sale. Further along, past the posts where Little Owls sometimes sit (but not today) we stopped to watch two Bee eaters flying around and sitting on the wires. As we passed the Remar house, we saw a small flock of Serin before heading on up towards Colin and Jane’s old finca. As we scanned the cliffs we found at least five nest sites but no sign of the eagles. I did spot a Black Wheatear at the top of the ridge and lower down a Blue Rock Thrush perched on a ledge for sometime giving us good views through the scope. Two Alpine Swifts were seen flying around the cliffs and two (again) Red billed Chough flew out from behind the ridge. It was quite windy so we sat in the car for a while waiting for the eagles to show. We had been there about an hour when a Bonelli’s Eagle finally appeared flying over the old finca and was soon joined by a second bird. We watched to see if they would fly to a nest but they didn’t. In fact they were flying at each other, maybe displaying, which made us think perhaps they had had a failed breeding attempt and were trying again. They put on a great show and flew closer to us than we had ever seen before. Result! We continued to watch the birds for about ten minutes before they disappeared over the ridge behind the finca. These are not great photos but might give some idea of the great views we enjoyed. 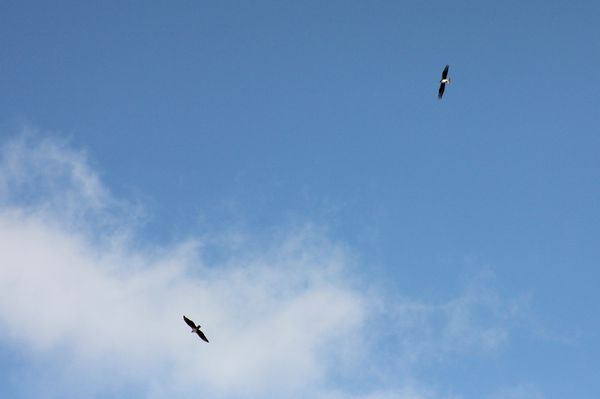 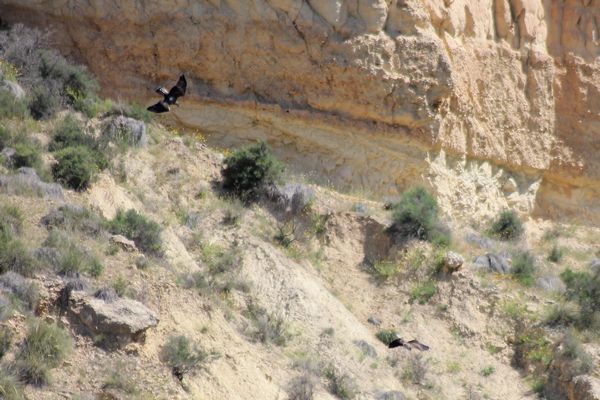 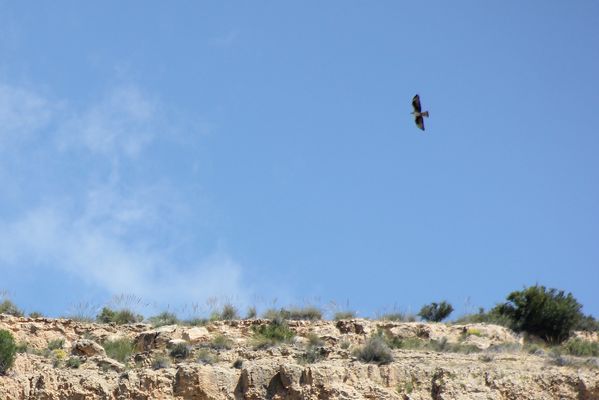 Having found one of my target birds for the day we headed off to San Felipe where we ate our picnic before setting off around the boardwalk. There was a stiff breeze which was keeping the birds down in the reeds, but we could hear Great Reed Warblers calling. Unfortunately, a lot of vegetation has grown up over the ground where we had previously seen good numbers of Collared Pratincoles. Eventually, John spotted one at the end of a spit of land and soon after another one flew over the lagoon. Another target bird ‘ticked’. As we continued past the viewing platform a bird flew over the lagoon to our right, it was a Great Spotted Cuckoo, that was our second this week. Brilliant!  We continued along the boardwalk and were pleased to see a Squacco Heron sitting down in front of the reeds at the edge of the water. It stayed there while we tried to photograph it and was still there on our way back. Another target bird bagged and a second Squacco also appeared a bit further along. We headed for the first hide but the lagoon was quite quiet, probably due to the wind. We saw a Squacco Heron go down in front of the hide, but despite creeping up to the hide quietly it took off and flew away.

At the second hide we saw the usual selection of species, including Greater Flamingo and Pochard on the water, and on the island, Black winged Stilt, Avocet, an unidentified Ringed/Little Ringed Plover, Black headed Gulls and a single Collared Pratincole. There were also several Whiskered Terns diving into the lagoon in front of us. We set off back towards the visitor centre seeing the same Squacco Heron and another one in flight. A quick look at the pool by the picnic area found good numbers of Marbled Ducks, a pair of Red crested Pochard and a single Red knobbed Coot with a white collar on, indicating it was one of the re-introduced birds. We set off for home having had a great few hours birding with another few species added to my year list. 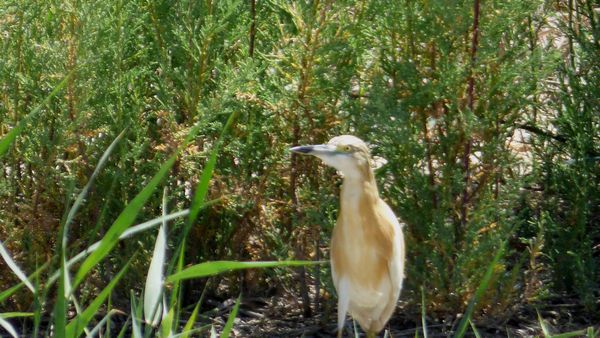 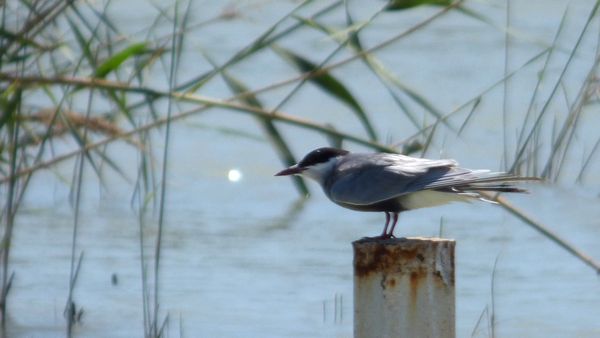 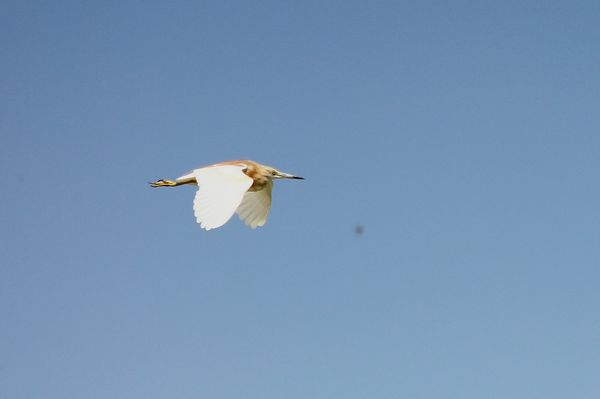 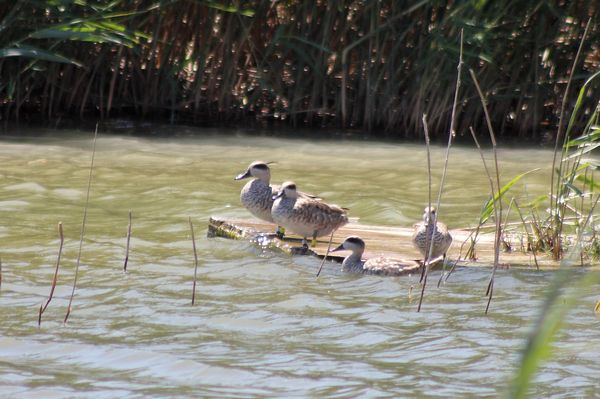