Today we had a short walk around the Clot. We found there was a quite lot of water in the marshy area to the left of the pathway, and amazingly we counted 13 Purple Swamphens in and around the pool, along with a Grey Heron and numerous ducks, mainly Shovelers. There was a work party around the main pool so we went instead to the scrape which now contains plenty of water and the vegetation is starting to grow again. We sat here for a while watching four Snipe, some coming quite close to the front of the hide. We didn’t have either of our good cameras with us so I attempted a few photos using ‘digi-binning’, which involved pointing my small camera through one of my binocular lenses. Not great photos but fun to try. The scrape also held 10 Moorhens, 2 White Wagtails, a Stonechat and a small flock of Linnets. Other birds seen around the Clot included Hoopoe, Black Redstart, Robin, Blackbird and Southern Grey Shrike. As we were leaving a Booted Eagle flew overhead. 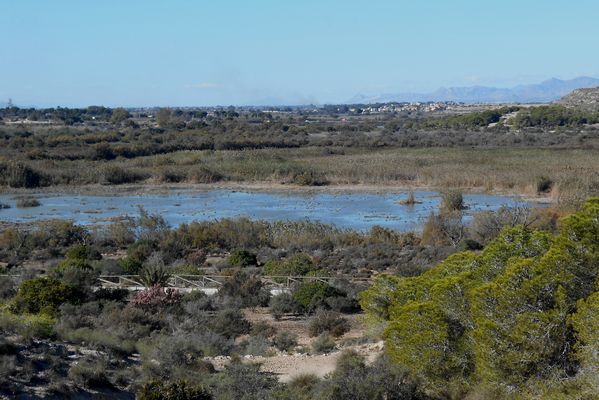 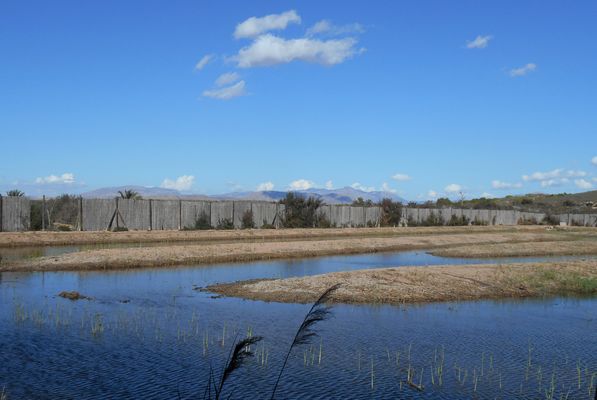 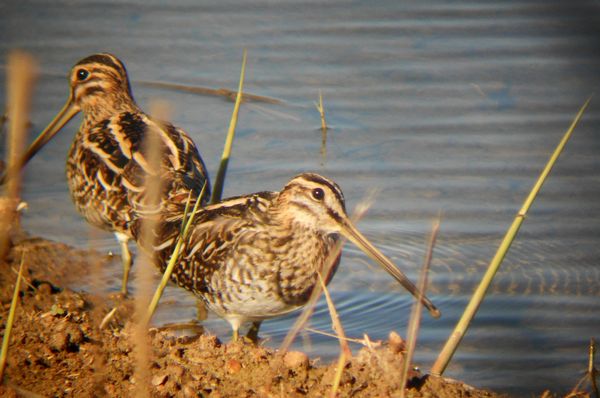 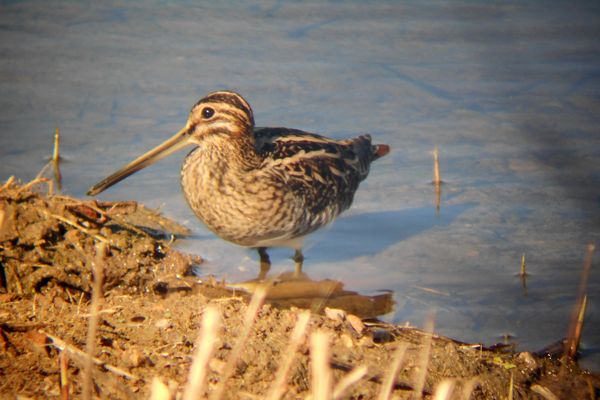