After many weeks of hardly seeing a bird, we returned to Spain this week and decided that a visit to the Clot was well overdue. We picked up Paul and Greta and on arriving at the Clot immediately saw two Kestrels overhead and another small raptor which may have been another Kestrel. Our first stop was the Marsh/Dry Hide where we watched a female Marsh Harrier flying over the reeds for some time. Other birds in that area included Robin, Sardinian Warbler and Southern Grey Shrike.

Moving on to the scrape I spotted a Little Owl on a dead tree but it flew to the ground before anyone else could get a look at it. The scrape held plenty of water, and was occupied by Mallard, Teal, Shoveler, Coot, Moorhen, Little Grebe, White Wagtail, a Cattle Egret and several noisy frogs. A Hoopoe flew by and landed in a favourite tree. Our last stop was at the main hide where the pool held, amongst other things, more Little Grebes a pair of Red Crested Pochard and a single White Headed Duck.  A Grey Wagtail flew over and several Goldfinches and a Greenfinch were flying about. A Cetti’s Warbler called loudly from somewhere in the reeds and John pointed out a Snipe feeding at the edge of the pool. It was great to see our first Swallows for the year and a single House Martin. All in all a pleasant morning’s easy birding. 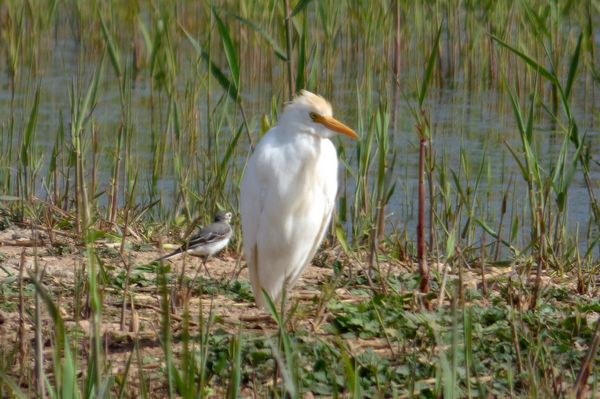 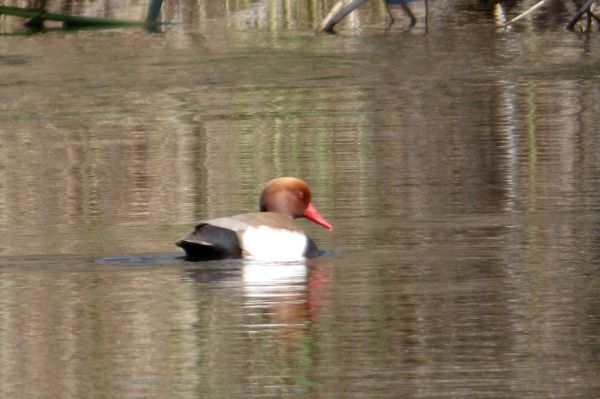