This morning we paid a visit to the Clot, firstly going to the marsh hide. On the way there we had great views of a Southern Grey Shrike as it perched at the top of a nearby tree. It’s a shame we take these birds for granted sometimes as we see them nearly every time we go out. At the hide all was quiet with just a Little Grebe on the water. John saw a Squacco Heron fly from one part of the reeds to another, but I missed it! On the path coming back from the marsh hide I spotted a female Pied Flycatcher in a tree and we watched it for a while before it flew away.

We moved on to the main hide where I was happy to see a male Squacco Heron standing completely still in the water near to the reeds on the far side of the pool. It soon flew to the edge of the reeds but a female Squacco appeared from somewhere and again stood in the water for the whole time we were in the hide. A Cattle Egret was also standing at the edge of the reeds and the usual species of Coot, Moorhen and a couple of Pochard were on the water. Not a lot else, probably due to the fact that someone was strimming inside the area of the pool.

We wandered round to the Mirador, seeing two Little Owls on the way. At the mirador we added a female Red crested Pochard to our list. Once again not a massive species list but I did get two of the birds I was hoping to see, namely Squacco Heron and Pied Flycatcher. Still looking out for a Night Heron and a Turtle Dove. Maybe on our next visit. 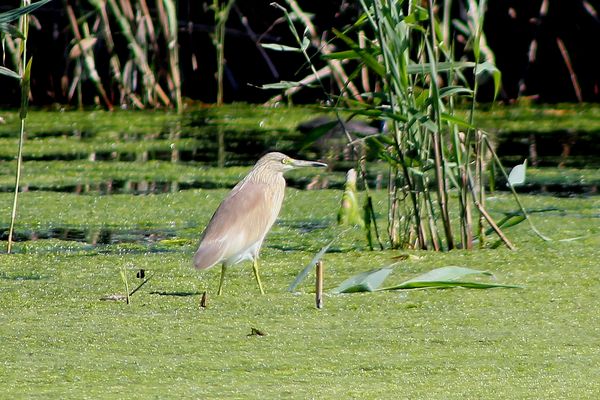 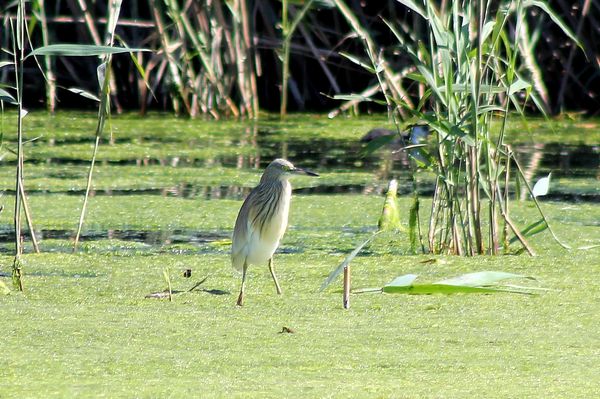