We met Dave and Linda at their house and set off for a trip across the El Hondo fields to San Felipe. We turned left off the La Marina to Elche road seeing a Little Owl perched on a building. Our first stop was at the ‘Bee eater site’ where, after turning right by the ruined building we soon found a few Bee eaters. The only other bird of note was a mystery raptor which I am seeking advice about. As we continued there were lots of Swifts in the air and a few Glossy Ibis were seen in flight throughout the day. We drove along the palm farm track and along Green Sandpiper alley without seeing much of interest. Onwards past the sheep sheds and into San Felipe village where we stopped for a coffee before heading on to the El Hondo Visitor Centre. As we set off along the path towards the hides I was chatting to Linda, but I was vaguely aware of a Cuckoo calling. I decided to check the fences of the houses on the right as there are often birds perched there. To my surprise (and joy) I spotted a Cuckoo sitting on the fence and we all managed to have a good look at it through the scopes as it stayed there for a good while. The only problem was the wind which was causing the scopes to wobble a bit. The bird was still there but we decided to move on, agreeing that it was great to see a bird which normally we only ever hear. 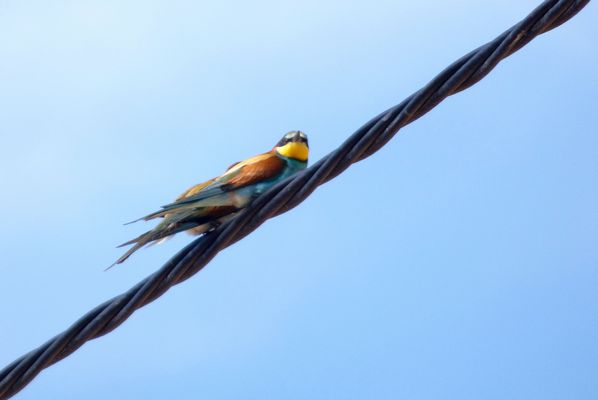 We visited the first hide where the lagoon was quiet but we did find Pochard, Little Grebe, Coot and a few Marbled Ducks. At the second hide there were the usual Avocet, Flamingo,  Black winged Stilt, Shelduck, and some Little Terns were nesting on the island and fishing in the lagoon in front of us. Another Tern was also seen, which, after a while we agreed was a Whiskered Tern.

We headed back towards the visitor centre and walked around the boardwalk where more Little and Whiskered Terns were seen diving for fish. Just before we reached the viewing platform I spotted a Squacco Heron at the edge of the water on our left and another one flew in to join it soon after. The first bird showed very well and we all agreed this could be ‘bird of the day’. On the other side of the boardwalk I found a single Collared Pratincole on the bare ground and further along we noticed a group of Whiskered Terns and some more Collared Pratincoles which appeared to be nesting on the island. 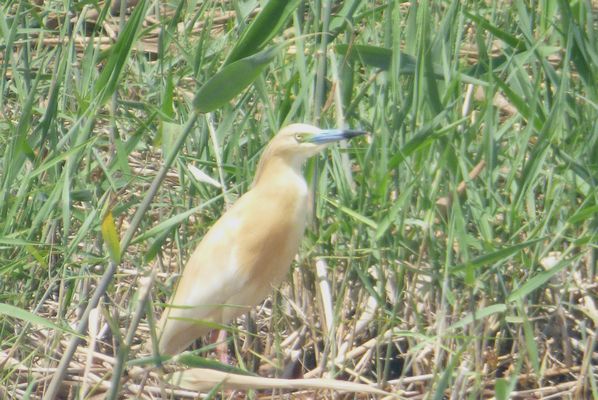 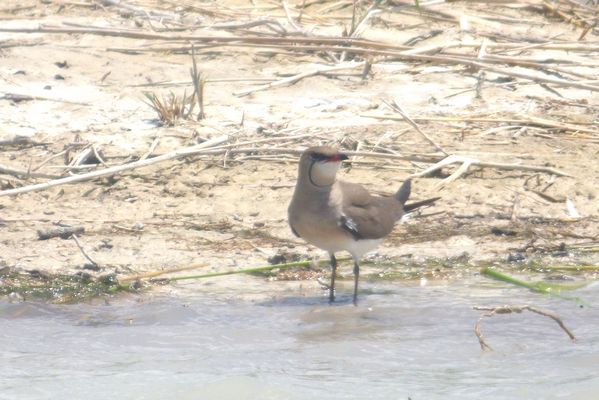 We moved on to the picnic area where we ate our lunch and enjoyed watching several Marbled Ducks on the water. Later on two adult Purple Swamphens appeared with three young ones following them around. A nice sight. 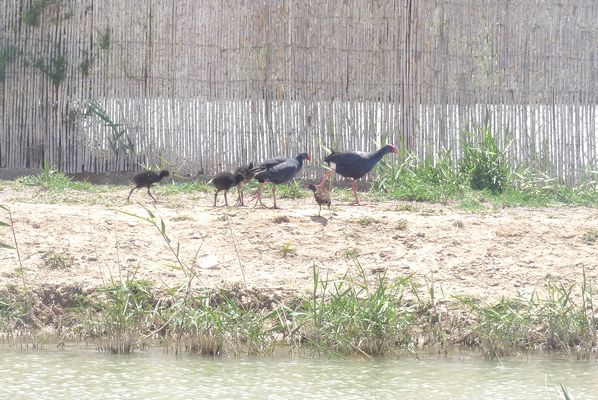 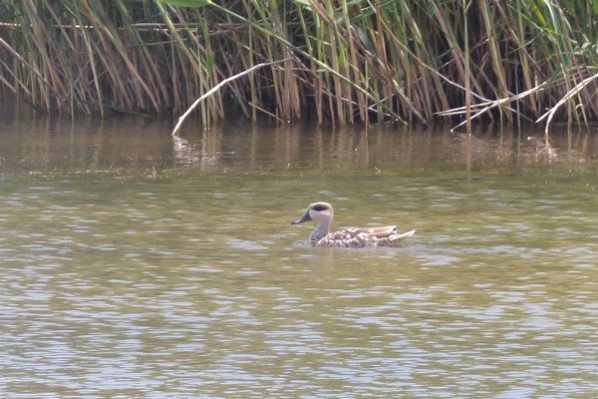 We left San Felipe and drove past the El Hondo North Gate, back along the Vistabella Road, Green Sandpiper alley and the ‘little reserve track’, joining the ‘Bee eater road’ once again. We turned left onto the track we had come along earlier and found our mystery raptor once again, this time perched in a tree. We saw Bee eaters again before turning right again to try to find the Rollers which John and I had seen on Sunday. Just before the end of the track I spotted one on a raised bank and we all had a good look at the bird before it flew away.

We headed home across the Salinas, tired but happy, having had a really enjoyable day with a few top species being seen. The general consensus for ‘bird of the day’ was the Squacco Heron, partly because it had been seen so well but also because it is such a beautiful bird in Summer plumage. Personally, I think the Cuckoo was also a contender, given that they are hardly ever seen and not even heard that often.