Today we set off for a trip around the countryside towards Monroy. Our first birds were two Black Kites, a species we would see many times during the day. A Southern Grey Shrike and a Buzzard were new for this week and a number of Griffon Vultures were seen as we drove through the countryside. Several White Storks were seen nesting on some old buildings, which seemed a nicer place to nest than on a telegraph pole. A couple of Bee eaters were perched on the wires and Crested Larks were a regular sight. A Booted Eagle was seen along this road and a few more were seen throughout the day. A large flock of small birds flew up as we approached them while others remained perched on fences. A look at them through bins showed them to be Spanish Sparrows, a lifer for us! They proved hard to photograph but I did manage a record shot of them in flight. Corn Buntings were everywhere along this road, there must have been hundreds of them! A little further on we spotted a raptor and stopped the car to have a look at it. We could clearly see the white rump as it flew away and after checking photos later, we concluded that it was a Hen Harrier. A couple of Red legged Partridge were seen at the side of the road and several Woodchat Shrikes flew in and out of the trees. 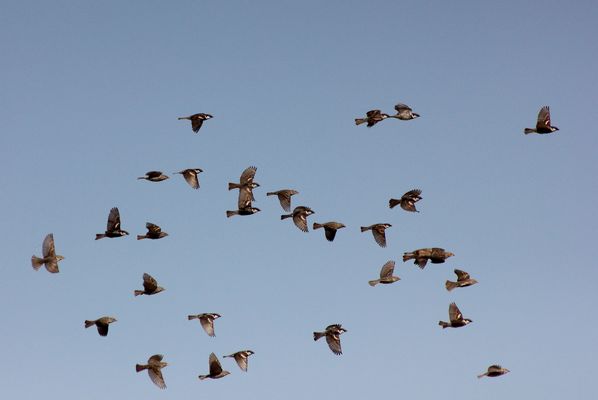 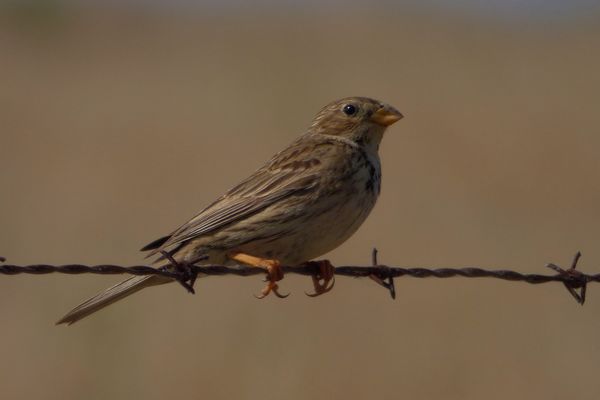 We stopped for coffee at Monroy before moving on towards Talavan and beyond to Hinojal and Santiago de Campo. On this route we came across a colony of Bee eaters, the most we have seen in one group. They were flying around by the river and sitting in rows in the trees on both sides of the road. A lovely sight. In this area we also found several Calandra Larks. We had intended to go through Santiago and back round to Talavan but the road was closed due to roadworks so we had to return the same way. At Talavan we took the road towards Caceres and came to the Embalse de Talavan where we stopped for a quick look round. The lake held a Great Crested Grebe and a Reed Warbler was seen and heard singing at the top of a reed. We continued towards Caceres and took the old road back towards Trujillo turning off towards Santa Marta. Along this road we saw only two Rollers, although one was very confiding as we took photos of it. When we were here in 2012 we had seen large numbers of these birds using the nest boxes along the road side. This was a bit worrying and we were left wondering where all the Rollers have gone. We had our lunch in the picnic area on the edge of Santa Marta and left the village in the opposite direction, eventually joining the road we had started out on in the morning. This once again proved to be good road for birds as three raptors appeared with at least one being a Montagu’s Harrier, another great bird for the year.  As we approached the buildings where the White Storks were nesting two massive birds took off from the ground, they were Black Vultures. I leapt out of the car to get some photos and had the closest views I have ever had of these huge birds. Brilliant! As the birds flew away we headed back towards Trujillo, initially stopping at the bull ring to look for Lesser Kestrels. The last time we were here, in 2012, there were lots of them but today we found only three birds. Maybe they were all away hunting. Anyway, we took a few photos before heading back to the cottage. It had been a long day, with lots of driving, but we had seen some great birds as well as a variety of amazing scenery. 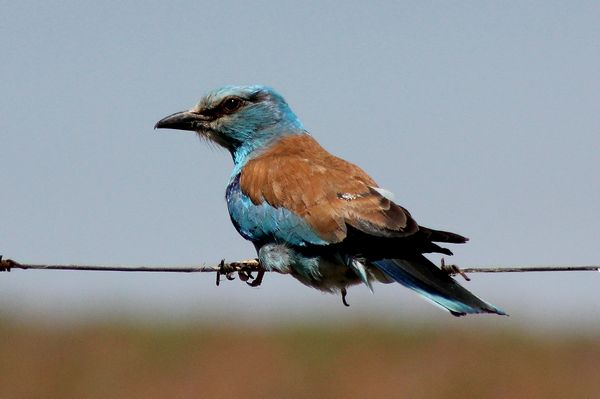 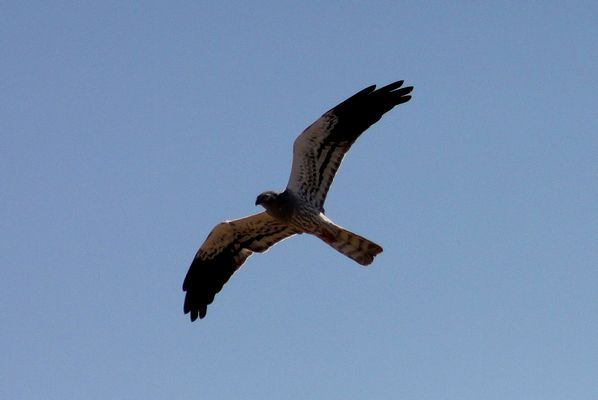 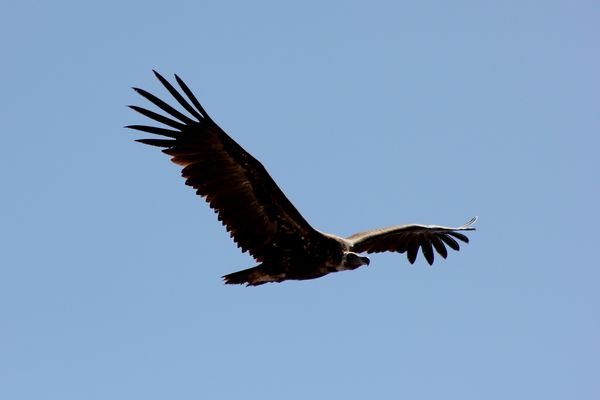 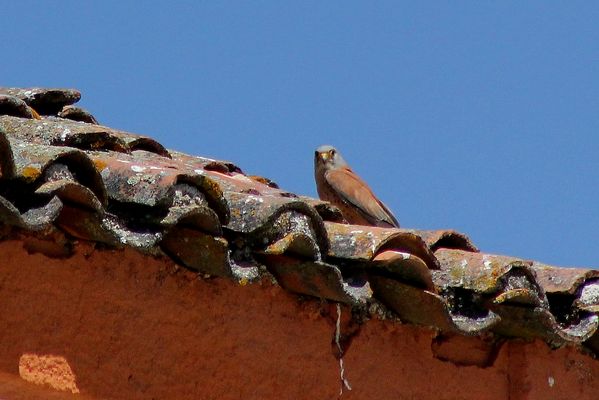