After two busy days we decided to do a shorter route today starting on the road to Monroy. We passed the White Stork colony again and had our first Stonechat of the holiday. Corn Buntings were again numerous and Griffon Vultures and Black Kites made regular appearances. Several large flocks of Sparrows were flying over and landing in the fields on both sides of the road and I finally got a good look at one perched in a tree which enabled me to see all the features of a Spanish Sparrow and confirm yesterday’s identification. After a few miles we turned left towards the village of Aldea passing some good Dehesa on our way. Several Azure winged Magpies and Woodchat Shrikes and the odd Hoopoe were seen in the woodland areas.  After passing through the village we crossed the main road and headed towards Torrecillas de la Tiesa. This was another good road with many sightings of birds already seen. We stopped for a coffee in the village and I was happy when we were given a small chocolate and a mini muffin with our drinks! 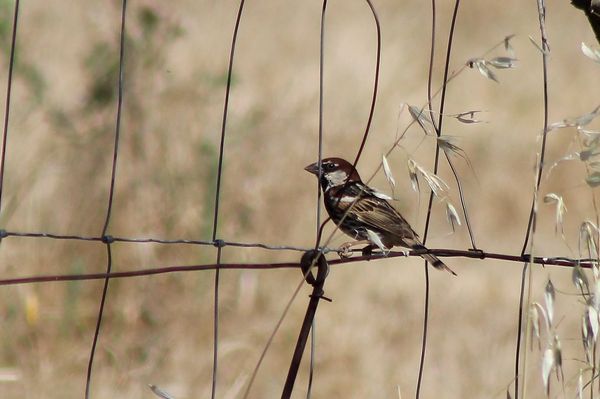 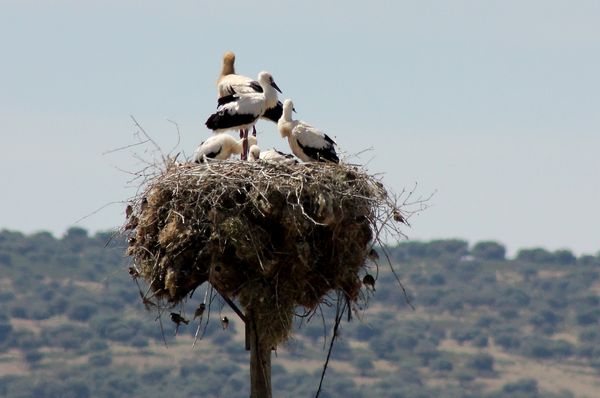 We left Torrecillas on a good road and shortly after found a pull in where we could get out of the car to look at a large group of Griffon Vultures in the distance, there must have been around 30 or more of them, but after a short while they just seemed to disappear. We turned right onto a track which we knew would take us back to Trujillo. It was a bit of a rough road but luckily we were happy to go slowly as there was a lot to look at. The most numerous bird seen was, once again, the Corn Bunting as they were perched on fences at the side of the road all the way to Trujillo, along with good numbers of Crested Larks. There were a number of small pools along this route holding Mallards with young, four Black winged Stilts, six Little Grebes, a couple of Grey Herons and a White Wagtail. As we drove along a Red Kite and a Booted Eagle flew over giving us a great view of it. A couple more Stonechats were seen along this route as well as two Southern Grey Shrikes and several small groups of Bee eaters. The highlight, however, was when we spotted two raptors soaring above us and identified them as Short toed Eagles, a bird we had been hoping to see today. We watched the two birds for a while as they flew close to each other occasionally seeming to lock claws. While watching these birds we also saw a Black Kite making a food pass to another one, a great thing to see. We continued along this bumpy road until we eventually arrived back in Trujillo. We had another look at the bull ring but still only saw two Lesser Kestrels, although a Booted Eagle and a Black Kite flew over while we were there. We headed home for a siesta before spending a few hours watching the birds in and around the garden. 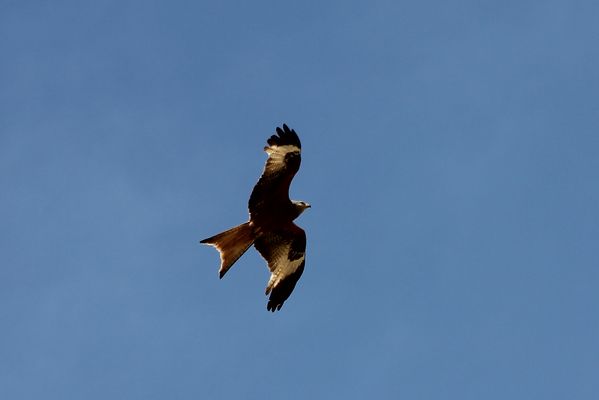 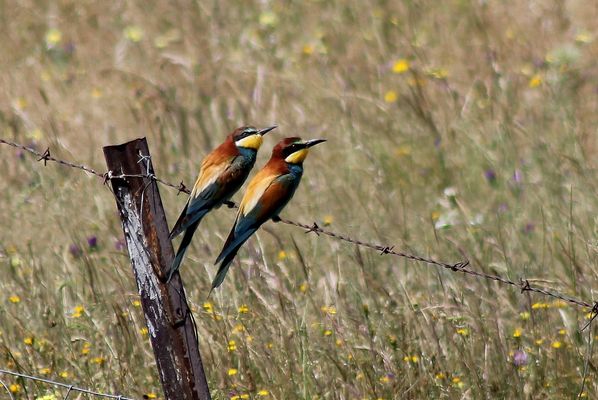