Arising to cloudless skies on the first morning into our trip to Extremadura, the clacking of the White Stork’s bills on the church tower soon inspired us to get under way. The route into Extremadura from our overnight stop near Talavera proved more complicated than it might have been, partly due to a sudden need to stop for refueling, causing a change in our itinerary, but also thanks to the recent Spanish insistence in sticking roundabouts anywhere and everywhere, making my elderly map redundant. (We let one of our party loose with his GPS, but that didn’t help much either!) We did arrive at the portals of the magnificent park of Monfragüe, albeit a touch later than I had hoped, but the birds didn’t seem to mind. The sky was full of vultures, both Griffon Vulture and Black Vulture, and Black Kites were everywhere. We saw a Red Kite too as we approached the park, and the occasional Buzzard and Booted Eagle provided variety.

As we stood and admired the scene at the first, northernmost, crag in the park, a beautiful adult Spanish Imperial Eagle sailed majestically past, providing several of our group with their first ‘tick.’ And I was soon to get my very own ‘first’ for Spain, when a White-rumped Swift flickered past the crag, seen by about half of our party. It was a bird I had only previously seen in Kenya, but sought many times without success. A Black Stork soon joined the party, and then the sleek outline of an Egyptian Vulture was seen. A kind soul pointed out to us the distant nest of a Spanish Imperial Eagle, and Dave managed to get some excellent shots, from so far away. Of the day-roosting Eagle Owl that is often seen there, there was no sign. 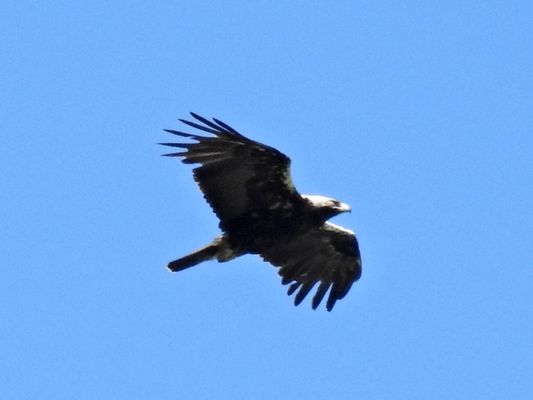 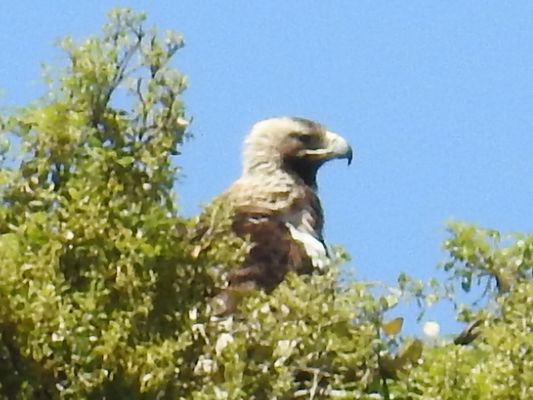 We moved on the take lunch at the Reserve Centre, near where a Giant Peacock Moth, Europe’s largest, gave more photo-opportunities. We spent a little time walking by the river, where Wren, Chaffinch and Blue Tit called, and we watched the hundreds of House Martins that nest under the bridge. On, then, to the famed Salto de Gitano – ‘Gypsy’s leap’ where you could stand and eventually meet just about every birder in Europe. There was again a great mix of Vultures, Black Storks, Blue Rock Thrush, Red-rumped Swallows, and a nice Rock Bunting. Time was moving along, and we had to book in at our hotel, the excellent Carvajal, in Torrejon el Rubio. As we arrived there, a Short-toed Eagle hovered over a nearby field to set the seal on a great day. To be continued ….