During the whole of our travels we saw lots of Red Kites and Buzzards, certainly more than we normally come across.

On our way back from Merida to our overnight stay in Ruidera we stopped for a quick look at the Sierra Brava Reserve but it was rather disappointing, although we may have been there a bit early for the flocks of wintering waterfowl which were promised in their leaflet.

We were surprised at one point to see a single White Stork, a species we thought would have already left to migrate to Africa. Shortly afterwards we saw a flock of about ten birds flying so stopped at a pull in by a small lake to have a look. At this point as we looked down a track on our side of the road we saw four White Storks walking along the track. A check of the other side of the road found us looking at a group of four Common Cranes, with a bigger group further along the road. I thought it was quite exciting to look one way and see White Storks and look the other way and see Common Cranes. I wouldn’t have expected these two species to overlap but we were pleased they did anyway. 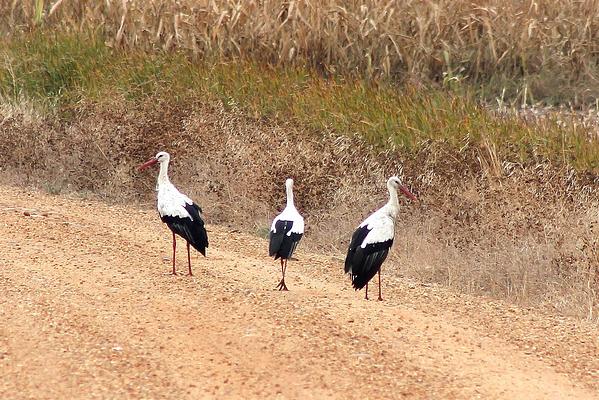 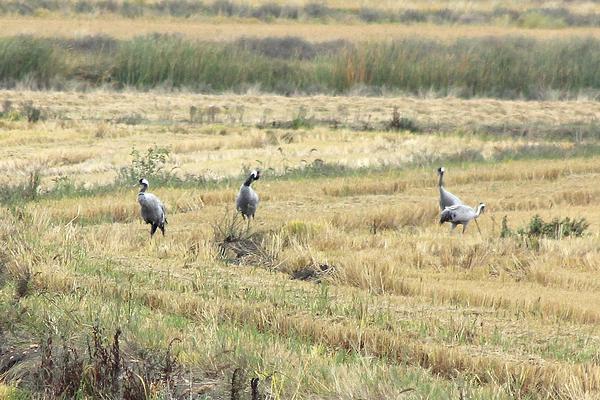