On the road from Trujillo to Monfrague we saw Black Kite, Red Kite, Bee eaters and Azure winged Magpies. Our first stop was by the Castle where we met two Norwegian birders who pointed out a Hawfinch as it flew into a nearby tree. We also saw a Blue Rock Thrush here flying to and from a branch catching insects. At the Salto de Gitano there were many Griffon Vultures and we spent quite a while watching and photographing another Blue Rock Thrush. Many House Martins, Crag Martins, Swallows, Swifts and the odd Red rumped Swallow flew around the area. On to Villareal de San Carlos where we had a coffee stop in the portico of a café where a pair of Swallows were nesting against the wall, giving great entertainment as they flew in and out. On the way out we saw a ‘mystery’ bird which had a finch’s bill but appeared to be all brown. We will have to seek advice on that one. We continued round the mountain road enjoying the fantastic scenery until we reached our next stop which was at La Tajadilla picnic area. Here we ate our lunch and after a while we were joined by a few Azure winged Magpies which sometimes came and sat just above us in the trees. We continued round to La Higuerilla viewpoint where we saw a few deer at the edge of the river and a Black Kite flew over. 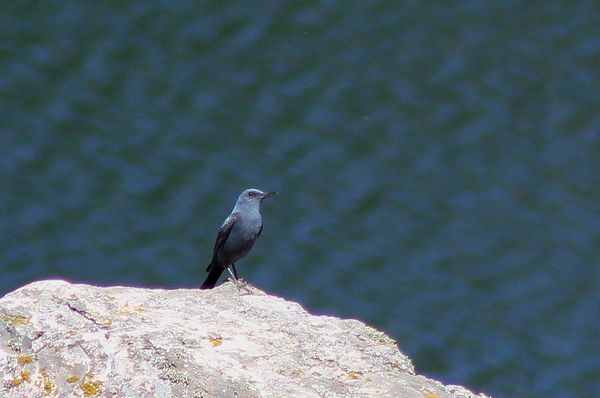 On to our final stopping point at Portilla del Tietar. There were plenty of Griffon Vultures here but we were a little disappointed not to have seen a Black Vulture yet. John spotted a dark bird and thought it might be a Black Vulture but I thought it looked more eagle shaped. After watching the bird with bins for a while it flew towards us and we could see two white patches on the leading edges of the wings, it had to be a Spanish Imperial Eagle. This was a lifer for us and to say we were pretty exited would be an understatement. Eventually the bird flew out of sight. After a while the two Norwegian birders arrived. We told them we had seen the eagle and they said they had seen it here yesterday and showed us where the nest was. They also said they had seen Black Vultures at the Salto de Gitano so we decided to make our way back there. When we stopped at the Salto de Gitano there were many Griffon Vultures in the air but we still couldn’t find a Black Vulture. While we were there a group of birders spotted some small birds on the rock next to the viewpoint and speculated as to what they might be. Someone suggested a Wallcreeper, which would have been a miracle, but it definitely wasn’t one. A man showed us a photo he had taken and we could see it was a Short toed Treecreeper, still a rather unexpected sight on a rock. It was very hot now so we decided to head for home. As we approached the castle car park we could see a large bird in the air so we pulled over and had a look. At last we had found a single Black Vulture. On the road back to Trujillo we saw a Black Stork, which seemed to be a good way from their usual site on the rocks at Salto de Gitano. Even so we were pleased to see it as we hadn’t seen another one all day. 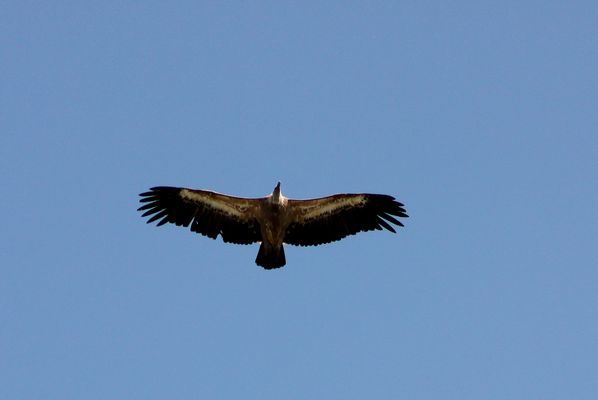 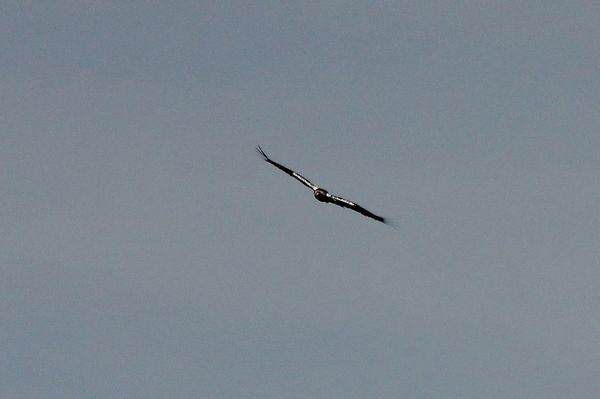