We returned to Monfrague today and as we crossed the bridge before entering the reserve we saw a Grey Wagtail on the rocks by the river. At the castle all was quiet but a Hawfinch flew across in front of us as we drove to the Salto de Gitano viewpoint. There were plenty of Griffon Vultures, Crag Martins, House Martins and Swallows but a Black Redstart was the only other bird seen there. As we moved on and crossed over the lake I saw a single Alpine Swift flying over the water with the other Swifts and Hirundines. We made a brief stop at La Tajadilla where we saw two Black Vultures perched on top of the cliffs and a few Azure Winged Magpies in the picnic area as usual. 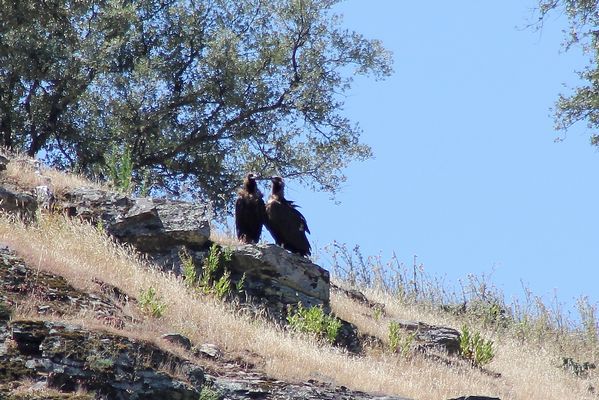 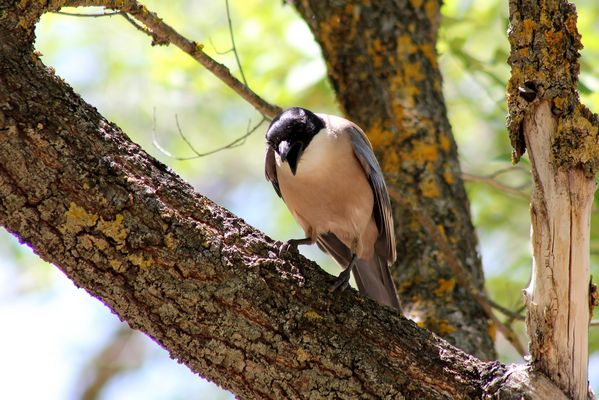 We continued on to the last stopping point and walked down the road to the hide. John spotted a Jay as it flew across from the other side of the lake and disappeared into the trees. After a short while John spotted the Spanish Imperial Eagle as it flew in over the ridge as it had done on Monday. The bird flew down and perched beside the lake, occasionally having a drink and giving us an excellent view of it through the scope. After about 20 minutes it moved up a little on to a log and continued preening itself while we watched. After a while the bird took off and we enjoyed more great views of it in flight. What a fantastic sight! We left this area and headed back to La Tajadilla for our picnic. I was a bit surprised that we hadn’t seen an Egyptian Vulture in Monfrague but after lunch John spotted one as it flew in and landed on the cliffs opposite the picnic area. On our way home we took a detour via Monroy, seeing a single Black eared Wheatear. As we came back towards Aldea we saw five Montagu’s Harriers and found several flocks of Spanish Sparrows again where we had seen them earlier in the week. 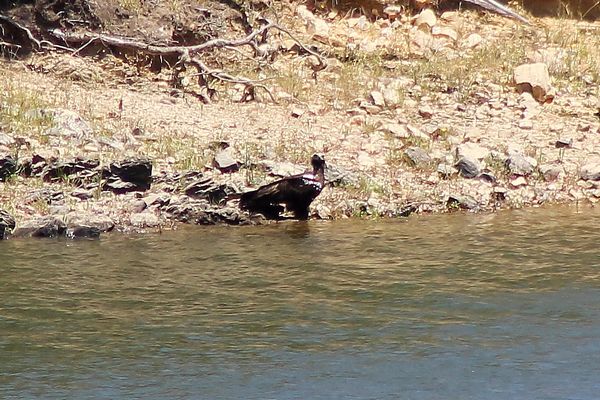 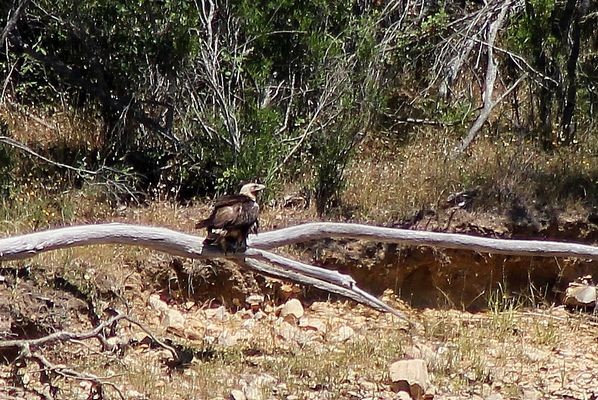 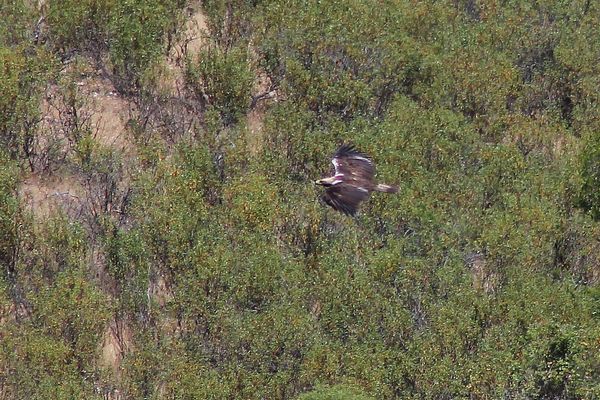 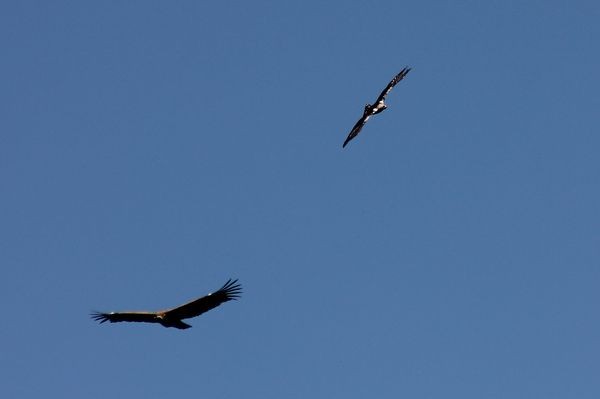 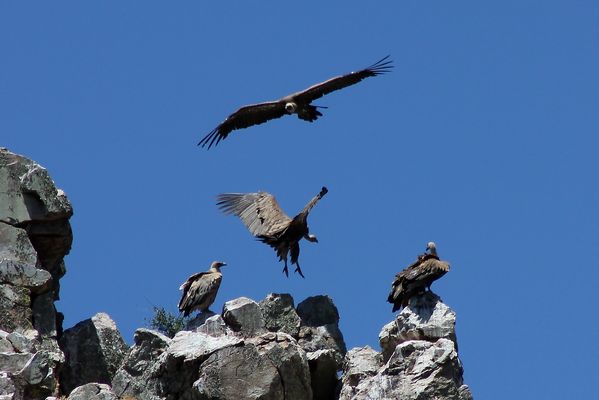 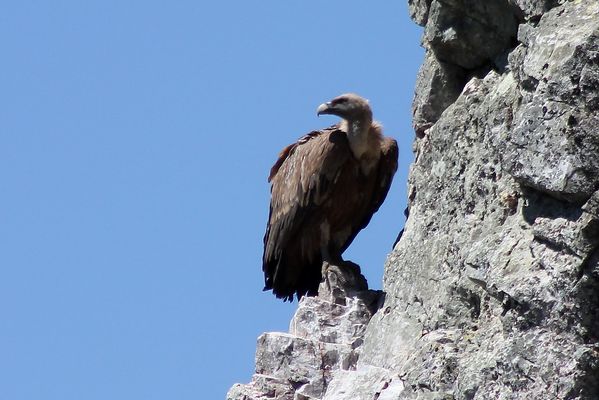