Today with much improved weather, we made a return visit to Monfrague. As we drove towards the park we could see 50+ Griffon Vultures in the air and we passed numerous Woodchat Shrikes, more than we’ve ever seen before. First we went up to the castle where we watched the vultures soaring past and admired the views. Back down at the Salto de Gitano we enjoyed more vulture watching and an Egyptian Vulture made a brief appearance, as did a Black Stork. Other species included Black Kite, Blue Rock Thrush, Black Redstart, Serin and Goldfinch. 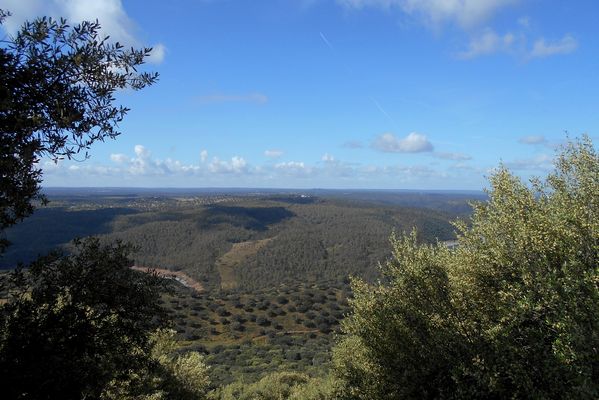 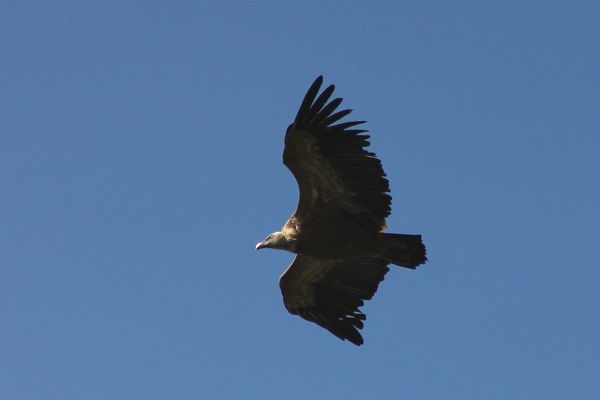 We drove around the park, stopping at various places on the way to the last viewpoint where we sat hoping for a Spanish Imperial Eagle to appear, which sadly it did not. Griffon Vultures were numerous and I had a brief glimpse of a Subalpine Warbler in the bushes but John missed it again! A Raven landing on the cliffs was a new bird for the week and Black Kite and another Egyptian Vulture were also seen here.

We made our way back to La Tajadilla picnic area where we ate our lunch and were soon joined by many House Sparrows and a few Azure winged Magpies. This is what we were hoping for the magpies usually show very well here especially when there is a chance of some free food! At one point I thought we should check the cliffs at the other side of the water and this was lucky as another Egyptian Vulture was seen briefly. A small flock of Linnets was in the grass nearby and we saw a Black Kite fly into a nest in a tree on the other side of the river. 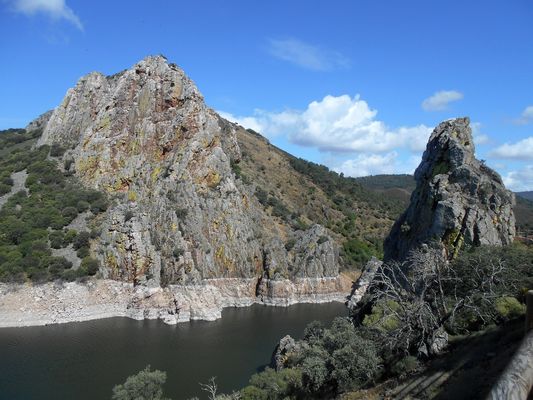 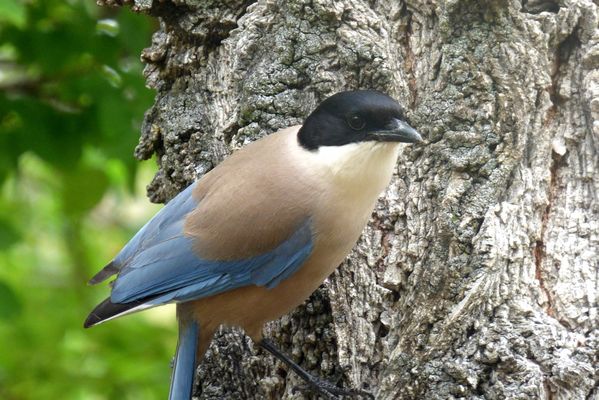 We stayed here for quite a while watching the magpies before heading back to the Salto de Gitano viewpoint again where we had great views of a male Blue Rock Thrush posing on a rock. After a while it flew to a different rock where it was joined by another male and some aggressive posturing took place. Shortly after this a female appeared with a small lizard hanging from her beak. We stayed a while watching all the birds in the area before setting off for our apartment. On the way back we decided to stop by the bridge at Arroya la Vid where we thought we might see some small birds by the river. In fact it was a large raptor that caught our attention as it flew around the area, sometimes disappearing from view and some times coming closer. We could tell it was not a Vulture or a Kite so it must be an Eagle. By examining it through binoculars and from photos we decided it was not an Imperial Eagle, it did however have a golden tinge to the head so we deduced it was a Golden Eagle! Not a bad bird to end the day on. 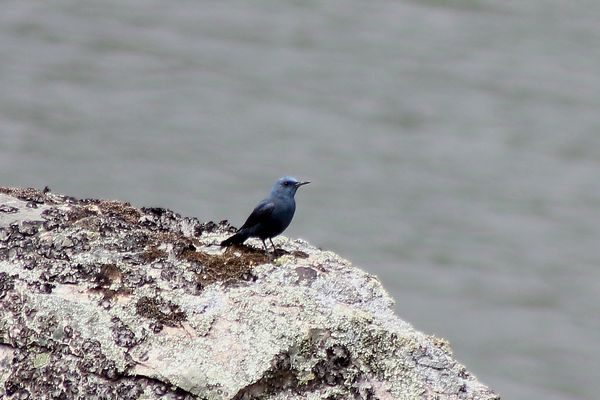 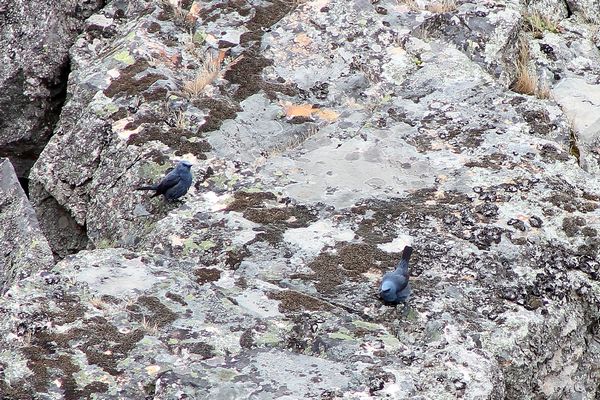 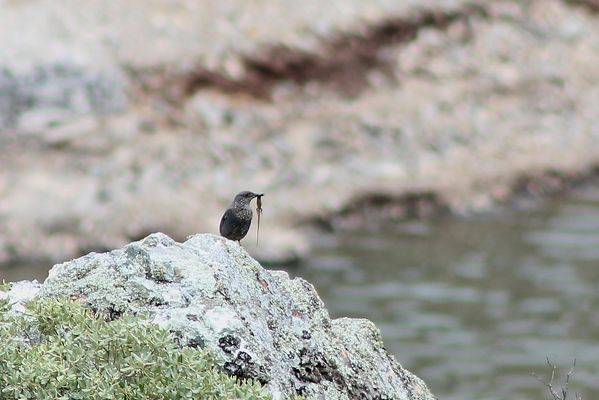 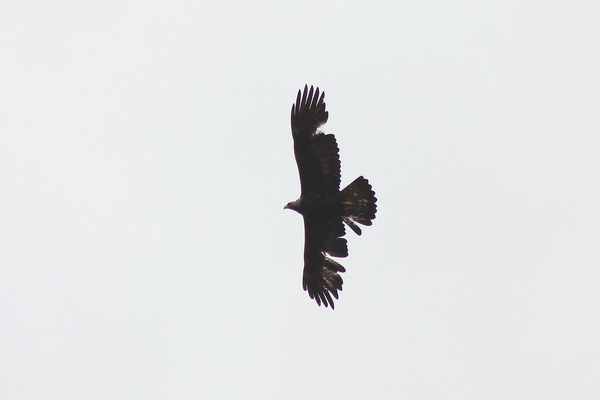