Day One – Monday – Home to Ruidera

Today we set off for a few days in Extremadura, passing through the Petrola area before having an overnight stop in Ruidera. Most of our birding was done from the car and it’s amazing how many species you can tick off as you drive from one place to another.

On the road and tracks between Corral Rubio and Petrola we were pleased to see a Short toed Eagle over the fields and plenty of Gull billed Terns were flying around the various patches of water in the area. Other birds seen included; Flamingo, Great Crested Grebe, Lapwing, Corn Bunting, Crested Lark, Calandra Lark, Skylark, Shelduck, Black winged Stilt, Avocet, Black headed Gull, Buzzard, Hoopoe and Swallow. 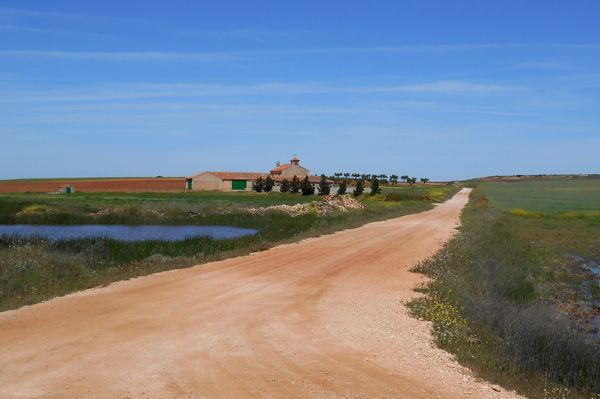 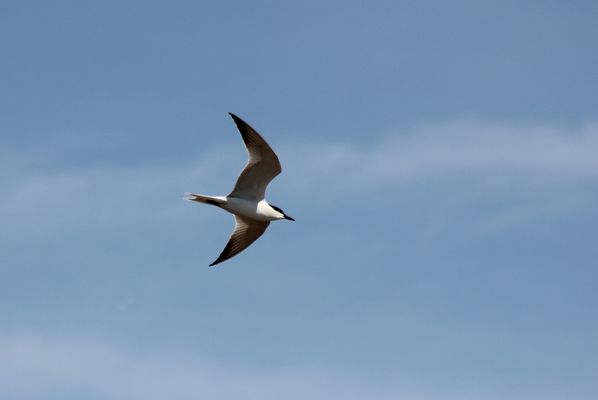 We arrived at Ruidera around lunchtime and enjoyed watching House Martins and Swifts flying around while eating a very good menu del dia in the square. After checking into our accommodation and having a rest we set off to the cemetery to walk to the waterfall and through the woods. It was not long before we were hearing Golden Orioles calling and we saw a few as they flew from one tree to another. We had a number of sightings of maybe six different birds, and heard many without seeing them. They were not great views but it was lovely to see them, albeit fleetingly.  A Nightingale was singing loudly in a tree above us but despite looking for it I never saw the bird, although John did. Back at our apartment I saw a small bird in the tree in front of our balcony and after checking the call with the one on my ‘phone I concluded it was a Subalpine Warbler. Many other birds visited the same tree during the evening, namely Greenfinches (mating), Goldfinch and Blue Tit, and other birds seen from the balcony were House Martin, Swallow, Meadow Pipit, Spotless Starling, Kestrel and Hoopoe, all seen from the comfort of a rocking chair! 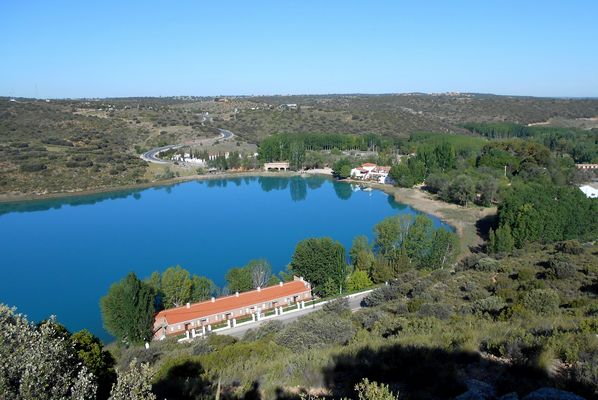 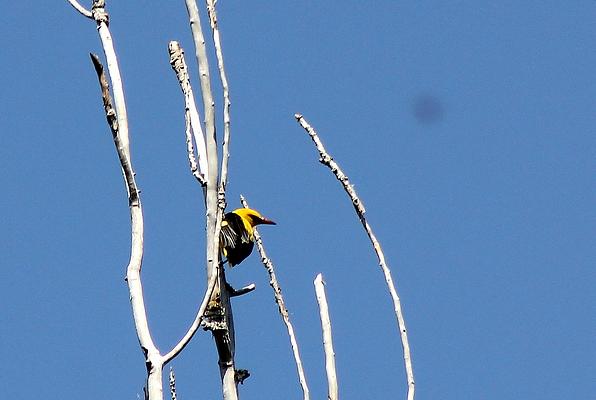 Another day of travelling today with plenty of birds being seen from the car once again. Highlights included a Hen Harrier over the fields and a single Great Bustard standing in a field. This was a nice surprise as we didn’t see any yesterday. We had a picnic lunch at the Embalse de Garcia del Sol where 50+ Griffon Vultures were on the cliffs or in the air. A Black Kite also showed up and as we finished eating I spotted three Black Storks flying lazily around the sky, brilliant! Another good bird was Little Swift, which we saw a couple of, and a Golden Oriole was calling from the trees down by the river below us. Corn Buntings were seen regularly on the wires, and as we got further along the road we eventually saw our first White Stork. At one point a Jay flew across the road and I spotted a single Azure winged Magpie amongst the trees but strangely, this was the only one we saw all the way to Torrejon el Rubio, whereas we normally see loads of them on route. We had a brief stop in Trujillo for shopping and to look at the Bull Ring for Lesser Kestrels. After initially seeing none we were happy when two of them turned up and flew around a bit along with a single Black Kite. From Trujillo we headed to our apartment in Torrejon El Rubio where we settled in for the night. 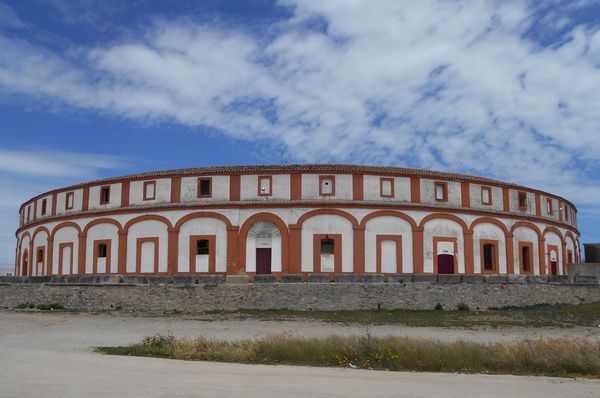 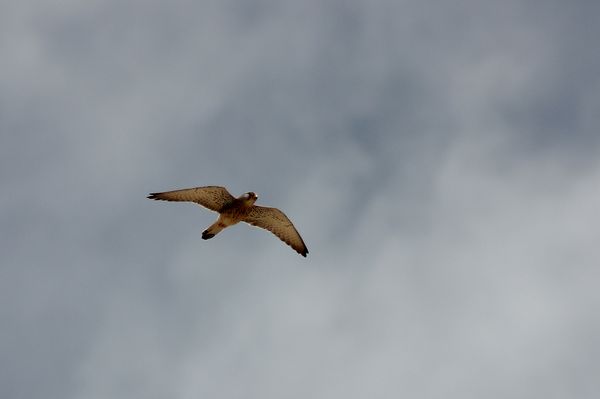