On Sunday we had a walk to the cliffs near our house. We didn’t see too many birds, but it was good to see and hear six Ravens flying around near the cliff edge. There have been two Ravens here for a while so perhaps they have bred this year. A short walk round El Clot on Monday was enjoyable, with the highlight being a Cetti’s Warbler which was showing well in front of the marsh hide. Plenty of Willow Warblers were in attendance along with a few Linnets, Sardinian Warblers and others. The main pool held Shoveler, Coot, Moorhen, Little Grebe, and quite a few Teal have returned for the winter as usual.

Today we set off across the countryside towards San Felipe seeing several Kestrel, a female Black Redstart, the first of many we expect to see during the winter. We also saw the usual Little Owl on the derelict building near the sheep sheds. As we drove along the entrance road into San Felipe we stopped to look at a large number of Glossy Ibis and Cattle Egrets feeding on the field to our right. As we entered the reserve we met fellow birder, Dave Eddy and his friend who told us they had just seen two Black Shouldered Kites along one of the tracks. After a brief chat we set off to look for the birds, but sadly we didn’t manage to catch up with them. At the first hide we saw three Marsh Harriers and a Great White Egret, along with numerous Coots and a few Little Grebe on the lagoon. The lagoon in front of the second hide held good numbers of Greater Flamingo with quite a few young birds, perhaps this years offspring. A single Black necked Grebe was on the lake along with Shoveler, Shelduck and the odd White headed Duck. We ended our visit with lunch in the picnic area where we saw three Red Crested Pochard on the pool along with the usual Coots. As we were leaving the picnic area a Kingfisher flew across the lake in front of us and we saw it perched in various places. A Purple Swamphen was also seen skulking along the lake’s edge. 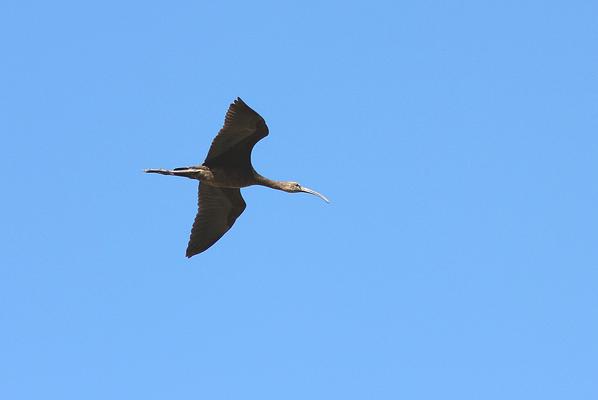 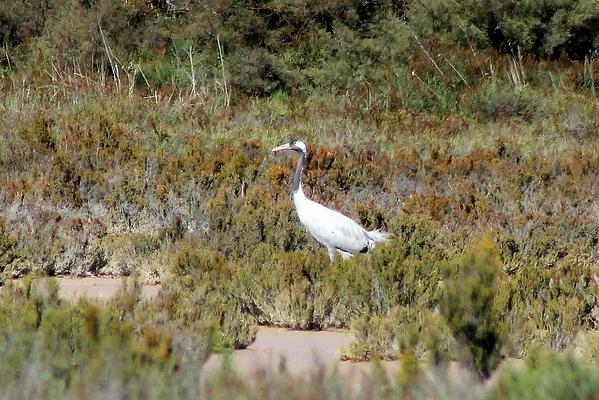 We drove round to the Vistabella Road where we saw our first Crane of the winter, only the one bird and quite an early one we thought. At the Vistabella house we saw another couple of Kingfishers flying around. We continued home, driving across the Salinas and picking up a couple more species as we passed by.