22nd to 25th Feb – We set off on Monday on our annual trip to Mojacar. Our first bird was an Osprey flying overhead near to El Hondo as we headed towards the motorway at Crevillente.

Our first stop was at the Guadalentin Valley where, as soon as we got on the first track, we spotted a Stone Curlew flying. Just a little further on we saw two Black bellied Sandgrouse also flying away from us. There were plenty of small birds on the fields including Crested Lark, other unidentified Larks and lots of Stonechats. A Little Grebe and a Green Sandpiper were in one of the small reservoirs and plenty of Jackdaws were down in the river area. We drove on past the large reservoir and turned right alongside it, heading into a scrubby area. At the end of this track we turned right onto a decent road that runs parallel with one of the main roads. As we travelled along here I suddenly spotted a bird in a tree and started yelling “stop, Cuckoo, Cuckoo, reverse, reverse…”, John duly reversed the car and amazingly the bird didn’t fly away. It was a Great Spotted Cuckoo!! In fact there were two in the same tree. This was only the third time we had seen this species and it was definitely the best view we had ever had, having previously seen only a tail sticking out of a tree, or a bird flying away at speed. We were very happy and we both got our cameras out and starting ‘shooting’ the bird like crazy. It was one of those special moments you sometimes get when out birding. We found a place to park the car and sat eating our lunch and watching the Great Spotted Cuckoos flying into a big tree and getting chased out again by two Magpies! The birds all continued to fly around the area and were joined by three Kestrels in and around another tree. As we sat in the car eating we saw our first Swallows of the year hunting over the field in front of us. Then we heard a bird singing and saw it perched on top of a bush nearby, a quick look through the bins revealed it to be a Spectacled Warbler, a bird we haven’t seen for a few years. 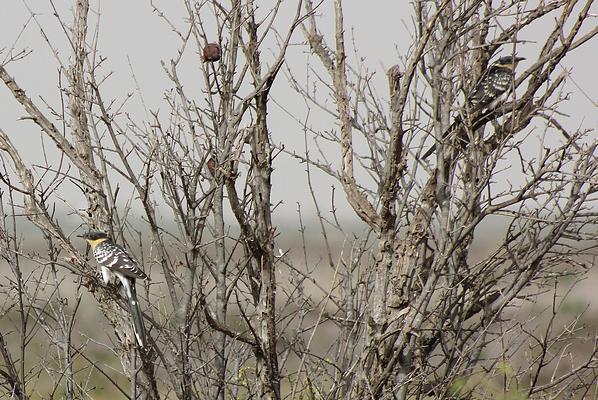 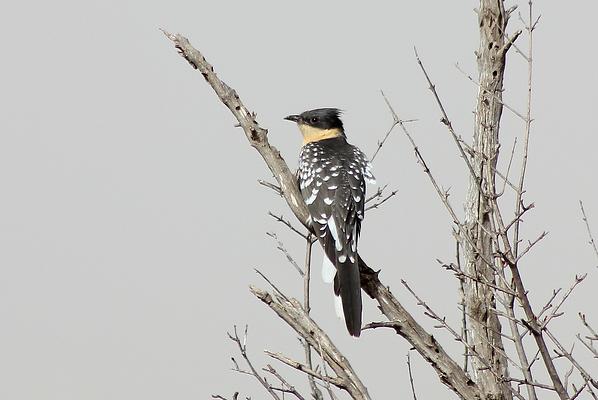 We continued our journey to Mojacar and settled into our hotel room on the sixth floor, seeing our first House Martins of the year as they flew back and forth in front of us at eye level. We also saw Gannets flying over the sea as they followed some fishing boats heading back to harbour.

On Tuesday we headed into the Cabo de Gata to visit all our favourite little villages along the coast. As we passed the high viewpoint at the top of the cliffs I spotted a small bird in a bush causing John to turn the car round to go back to see what it was. It turned out to be a Whinchat, a nice change from all the Stonechats we kept seeing everywhere. Last year we had discovered a new road along the coast that passes by Agua Amarga, saving us a big detour up to the motorway and back down again. We enjoyed watching a Sandwich Tern diving during our coffee stop at Las Negras before we headed off towards Los Escullos. A Corn Bunting sat on a low bush singing and many Stonechats, Black Redstarts and Crested Larks were seen on the way. At Los Escullos we walked over to the small island hoping to see Trumpeter Finches which we had seen here two years ago. Sadly they were nowhere to be seen. The ground seemed to be a lot drier than it had been previously and no water was coming from the water pipe there, so we think the birds must have moved on to find somewhere with the fresh water supply that they need. As a bonus we did see several Black Wheatears moving around the area.

After lunch we worked our way back along the coast stopping briefly at La Isleta where we saw a Grey Wagtail flying over the houses. I could hear a Red legged Partridge calling so I checked the scrub, but soon realised the birds were behind us in very small cages on the walls of a village house. It was terrible to see them in such a confined space and I’m not sure why there were being kept like that, unless they are being reared to be eaten.

Wednesday was a ‘touristing’ day in Mojacar village followed by a picnic by the beach so just a Skylark was added to our list. On Thursday we set off for home calling at Aledo for coffee before heading up into the Sierra Espuna. We stopped at the first cafe/picnic area and had a walk around seeing Great Tit, Greenfinch, Chaffinch and Coal Tit before we moved on upwards. We stopped at the high viewpoint where the road starts to go back down the other side of the mountain. The first bird we saw was a Crested Tit, soon followed by two Crossbills and a small flock of Siskin. We stayed here for a while watching these birds as they moved around the area before we headed back down the mountain for lunch in the picnic area. After lunch we set off for home having had a  nice little holiday with a few great birds seen. 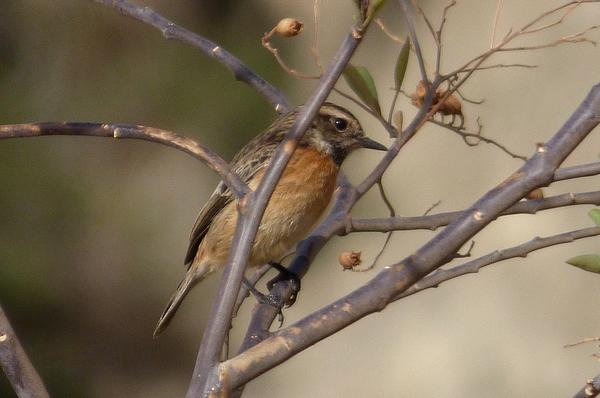 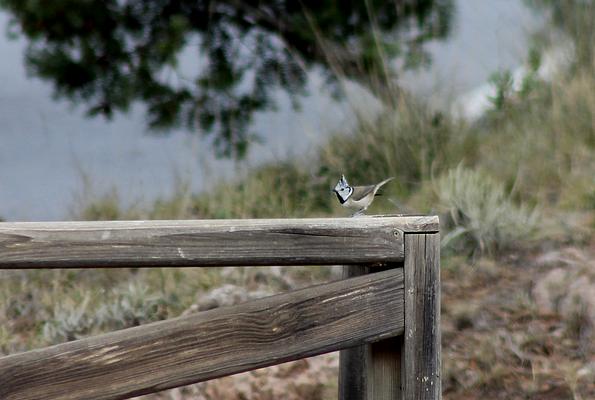 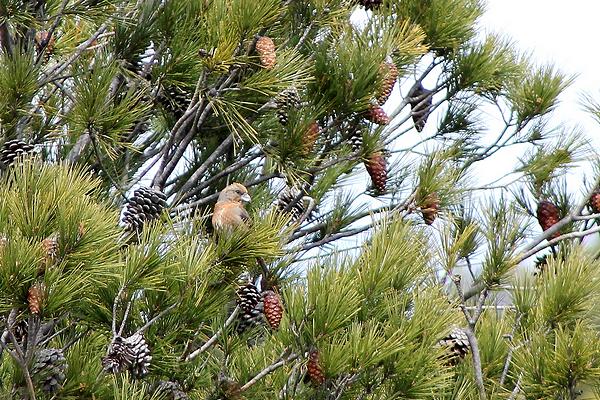 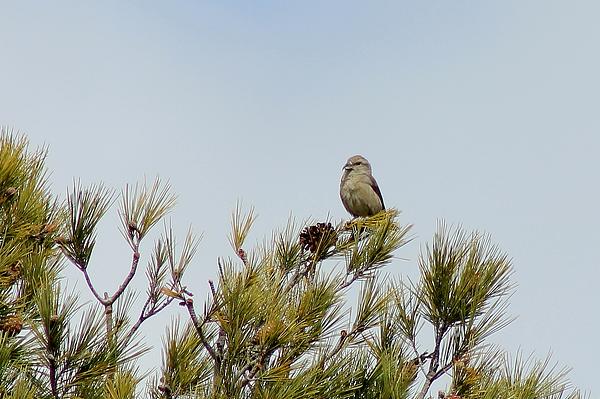