Almost thirty members of the Costa Blanca Bird Club met on an ‘Indian Summer’ day at La Mata Reserve for the November outing, and we set out to take the sandy track to the lakeside, seeing the first surprise of the day on the way, in the form of a rather late Whinchat – soon to be followed by another. Black Redstarts were everywhere and Skylarks called overhead. On the saline waters, a big raft of Black-necked Grebe was rather distant, but floated closer as time went on, whilst along the shore a variety of waders included Sanderling, Dunlin and Ringed Plover. A Wryneck called tantalizingly from trees bordering the shore, but refused to show, unlike a Dartford Warbler which flew up from bushes closer by. We made our way back to the cars and headed southwards to our next port of call, behind the Torrevieja Hospital, where a group of Azure-winged Magpies has made its home over the last couple of years. The whole party managed to get a look at several of these spectacular birds, and some members had the fortune to see Monk Parakeet too.

We made our way – not without some geographical entertainment (not altogether unknown to members of the Club) – to Paco’s Restaurant, near Rojales, where an excellent lunch was enjoyed, even including a Hen Harrier seen from the restaurant’s window! To add to that find, an Iberian Green Woodpecker was obligingly perched on a palm-trunk near the carpark. We made for the famed Palm Farm Track as the sun cast long shadows, and there saw the bird of the day! In a big eucalyptus, we soon located a small robin-like, plain bird, with cocked tail, flycatching merrily, and not a bit timid, showing white either side of its tail, and an indistinct white eye-ring – a Red-breasted Flycatcher. It was only my second ever for Spain, and my fourth anywhere. A fitting end to a fine day’s birding in good company. As we left, Buzzards and Marsh Harriers were seen, but the light permitted no more. 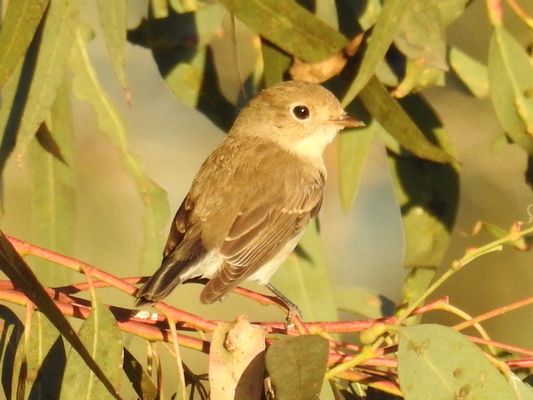 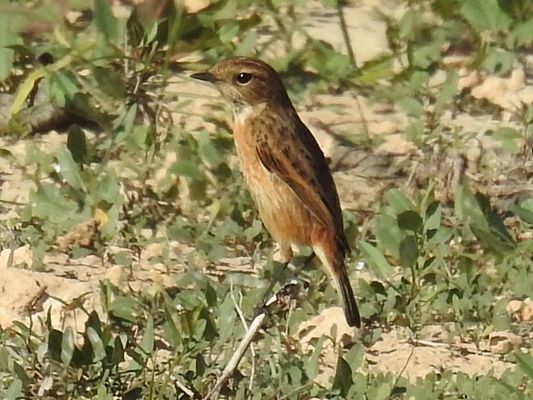