This week we travelled north, with our friends Dave and Linda, to see the famous Cranes at the Laguna de Gallocanta. We had heard that large numbers of Cranes stop off at the lagoon on migration south to their wintering grounds in Extremadura. The birds are known to stop at Gallocanta in November and also on their way back north in February.

We drove straight to Gallocanta on day one and parked at the visitor centre between Tornos and Bello. Before we got out of the car John spotted a male Hen Harrier hunting over the fields and we had close views of the bird as we quickly piled out of the car. The bird soon flew away but it was a good start. We went in the visitor centre and up to the viewing platform from where we could see plenty of Cranes on the fields as well as groups of the birds in the air. The sound of them honking as they came towards us was amazing to hear. When we left the visitor centre we watched the Cranes for a while from the parking area and saw a female Hen Harrier also hunting over the same field, brilliant! We didn’t stay long before we made our way to our hotel in Monreal de Campo, but we had already achieved our objective of seeing large numbers of Cranes, with the added bonus of the two Hen Harriers. 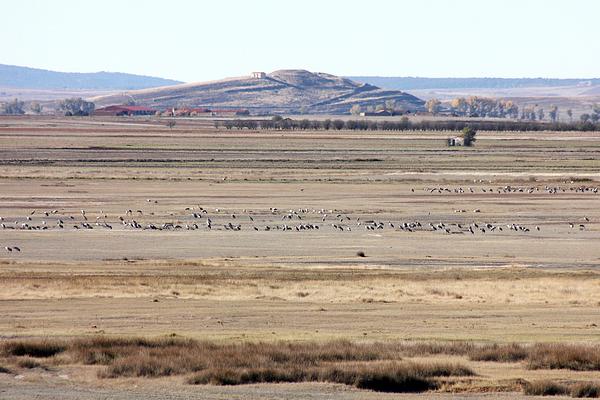 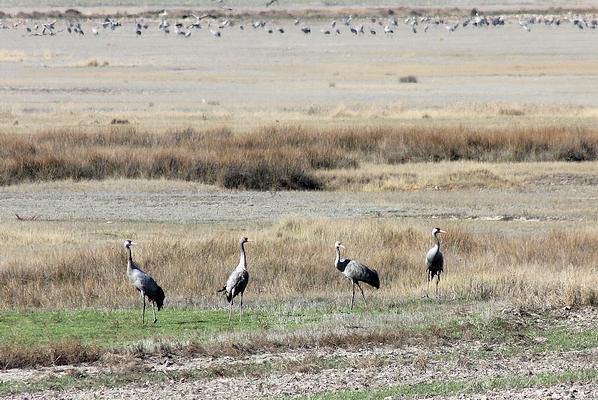 Next morning Dave was up early and exploring the river next to the hotel where he saw a Kingfisher and a Grey Wagtail, while John and I were still in bed! We set off initially for some sightseeing in the old town of Daroca where we spent a pleasant morning looking at the old buildings and having coffee. We left there and headed back towards Gallocanta passing through a small mountain range. We parked the car near to Las Cuerlas where we watched and listened to hundreds of Cranes flying overhead, a great experience. We continued around the lagoon, passing Bello and stopping again at the visitor centre just before Tornos. Here we saw hundreds of Cranes take off in front of us and soon saw the reason for this as a Golden Eagle had appeared overhead. I also spotted a Curlew as it flew quickly away from the predator.

We stopped for  lunch in a picnic area just before Gallocanta. After lunch we headed to the Gallocanta Visitor Centre where we walked out to the nearby hide where Cranes continued to fly across in front of us towards the only wet area of the lagoon. From here we could see another hide with some more Cranes closer in so, after seeking advice at the visitor centre, we drove round to find this other hide. This was a great place as a small group of the birds was feeding in front of us on a dried out area of the lagoon, just beyond some reed beds and a small flock of Reed Buntings was moving about in the reeds. By now it was about 4pm and groups of Cranes were arriving overhead every few minutes, on the way to their roost on the water. Not that there was a lot of water as the lagoon was very dry and there has clearly not been much rain yet this autumn. The sight of all these birds flying over was a brilliant spectacle which we watched for a while before heading back for a last look around near the other visitor centre. Opposite the centre there was another group of Cranes feeding on the fields so we had another chance to add to the already large number of photos taken! More groups of the birds flew in before we left as the sun started to go down on what had been a fantastic few days. A picnic stop at Font Roja on the way back was a nice way to end our trip. 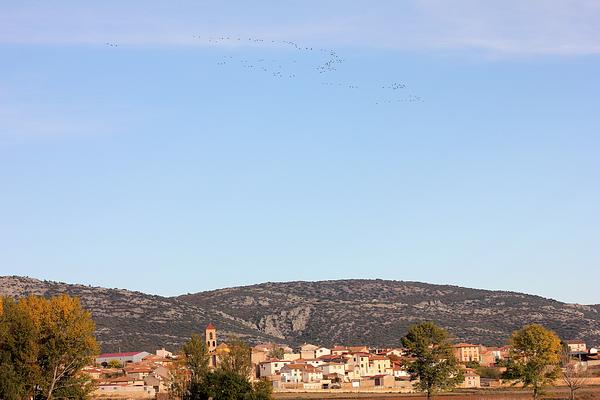 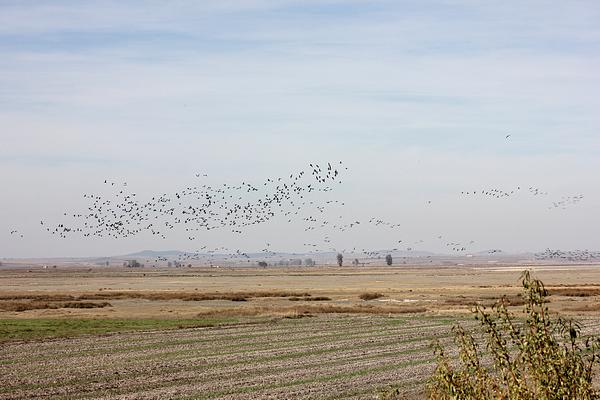 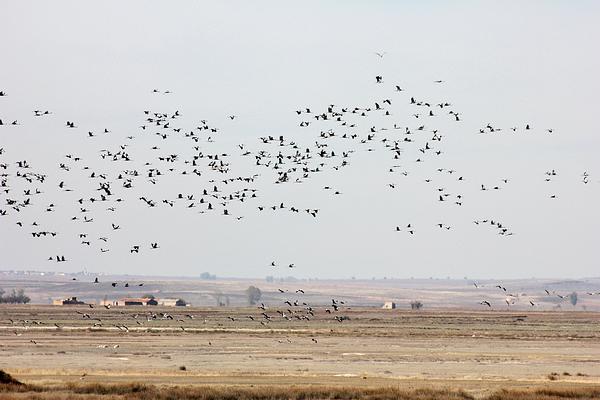 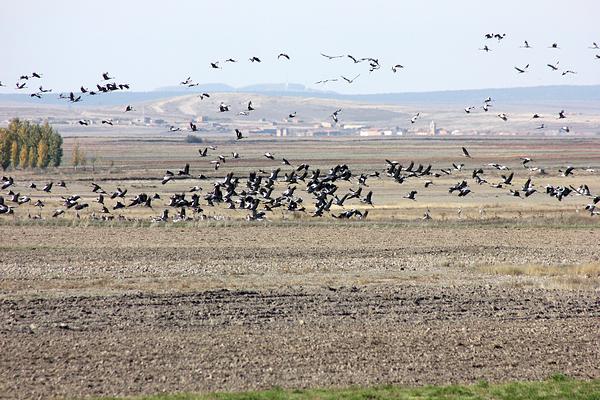