We set off towards Tablas de Daimiel, a wetland area close to Ciudad Real. We left Ruidera in bright sunlight but as we reached the town of Damiel we drove into a bank of fog which did not look very promising. The fog continued as we drove through the town and out to the nature reserve. We had driven for an hour though so we continued into the reserve and parked by the visitor centre. A Hoopoe was our first bird as we set off around the lagoon. We stopped at a number of excellent hides and the water looked quite atmospheric in the mist. At one hide a Kingfisher flew across in front of us and two Marsh Harriers were hunting low over the lagoon and one landed in a nearby tree. At one point we stopped on the boardwalk to look at some small birds moving about in the reeds, and after a little waiting they eventually showed themselves to be Penduline Tits. Sadly they were not the Bearded Tits which John had been hoping to see. 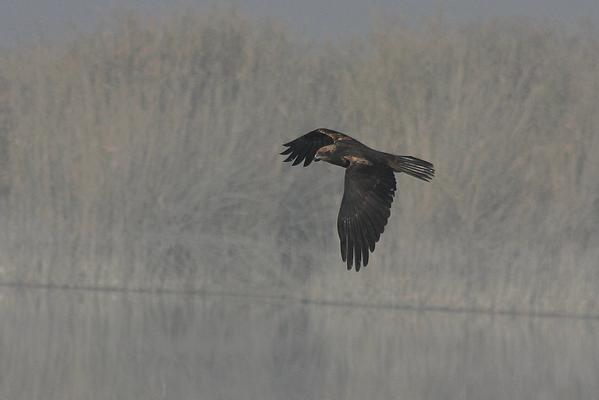 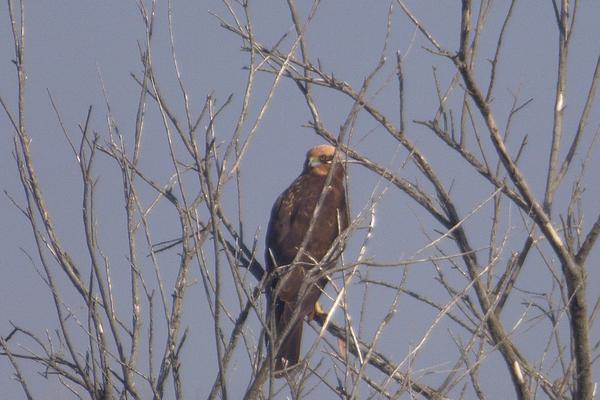 The sun was trying to break through as we continued along the path and as we approached the large tower at the end of the route three Greylag Geese flew over and then an Osprey made a brief appearance. By this time the mist had cleared and, from the top of the hide, we saw five Marsh Harriers in the air. Then we heard the strange honking sound of Cranes and a group flew over the tower, closely followed by wave after wave of small groups of Cranes flying in front of the hide, there must have been more than fifty of them, a fantastic sight. Being in the tower at this moment was very lucky as some of the birds were almost at eye level giving us brilliant views of them. There was not much to see on or around the water apart from a Common Snipe and a Little Egret. 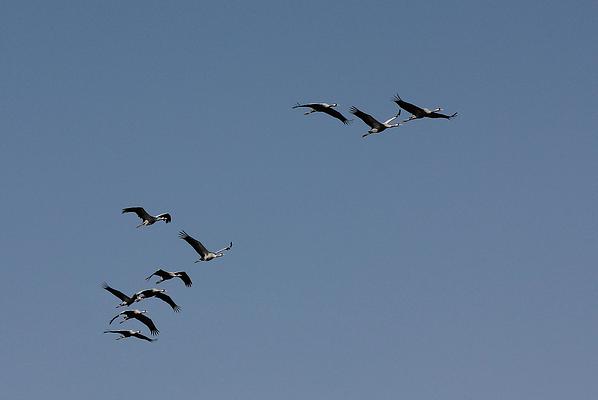 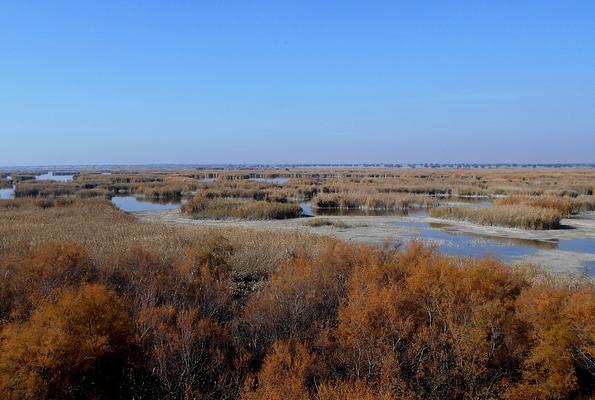 We set off back along the route towards the visitor centre seeing plenty of small birds, such as, Black Redstart, Great Tit and Robin along the way. While we were sitting eating our picnic lunch we spotted a Meadow Pipit on the grass nearby and a number of Goldfinches were in the trees behind us.

After lunch we set off on another route which took us along a boardwalk, through the reeds and onto an island in the lagoon. A few Coots and Mallards were on the water, a Cetti’s Warbler was heard and then seen briefly, and many Chiffchaffs were in the reeds and the Tamarisk trees. As we approached another hide two Green Woodpeckers flew off the roof and away. The hide gave us views over the lagoon towards another group of Cranes which were feeding and honking at the water’s edge on the far side. As we left the hide a Zitting Cisticola appeared and sat on top of a bush and a Kestrel could be seen hovering nearby. As we continued along the boardwalk, a Bluethroat was seen through a break in the reeds, feeding in the mud. It gradually moved closer to us before flying to the other side of the break and setting off back in the other direction.

Eventually we left the car park and drove towards the reserve entrance where we stopped to look at another lagoon which held a few ducks, grebes and Coots. We had spotted a group of Mallards feeding on a field next to the lagoon and I thought I saw a Curlew amongst them. I didn’t get chance to have a good look though as a Marsh Harrier flew over and sent all the birds flying for cover. Despite the initial fog it had turned out to be a great day and we thought the reserve was very well managed attracting a good selection of birds, even at this time of year. In the spring we had called here on our way to Extremadura when several White Storks were nesting in the trees next to the lagoon. We didn’t even get as far as the visitor centre on that occasion but we expect there would be plenty of migrants and summer visitors at that time of year.