Just a few hours was had this morning before an afternoon out with me Mam. A wander through the lemon groves and down to the viewing tower by the banks of Laguna Salada de la Torrevieja. Over the last few days NIGHTINGALE had been arriving from their winter homes and I could immediately hear them among the lemon trees. They are usually heard and not seen, but this morning one was using the high wires to deliver his song. He was quite a distance from the road and didn’t seem to be moving anywhere in a hurry. So I had a play with my camera set up and used the 2x extender as well as the usual 1.4x. I shot some video too. 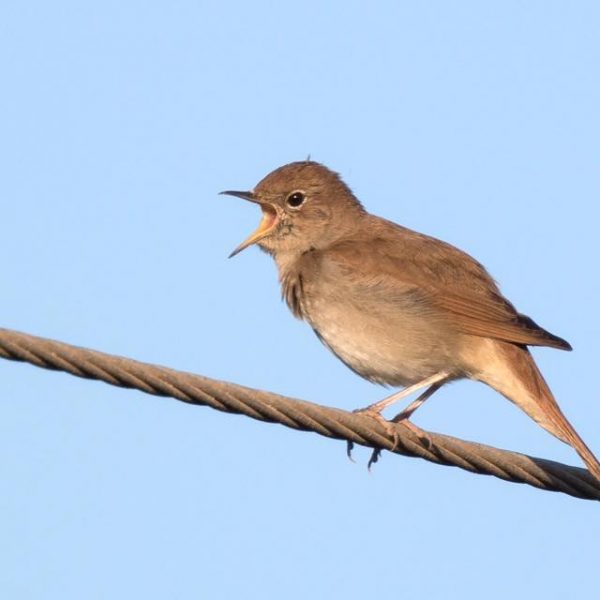 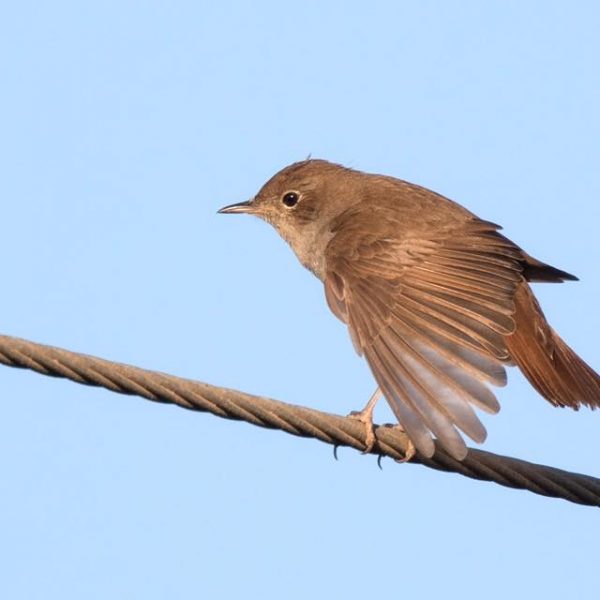 Onward to the viewing tower and within minutes 4 MONTAGU’S HARRIER were in the air together over the reedbeds. They remained distant, but were just fabulous to watch dancing and diving, showing off to the ladies. The sky was full of Hirindines and the reeds full of Warblers, spring had definitely arrived here in eastern Spain.

An IBERIAN GREEN WOODPECKER posed on the wall of a crumbling building and a Reed Warbler was a new addition to the Trip list.  A very pleasant morning was had, now home for brunch. Trip list 145 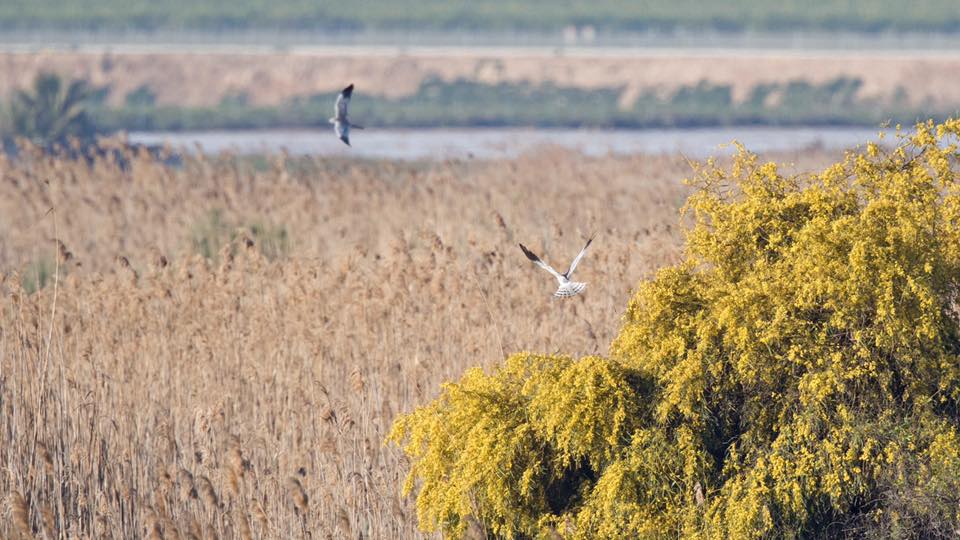