Today a ‘sub-group’ of the CBBC set off to the Maigmo Mountains for a spot of birding and a picnic. We followed the mountain road, negotiating the many bends and avoiding all the major pot holes. On the way up we passed two cyclists who impressed us by riding all the way to the top, and showing no signs of being tired! They told us they had cycled 58Km from San Juan in Alicante and asked Trish to take their photo as a record of their achievement. Not long after, a man rode up on an impressive, orange Kawasaki motorbike, and he also asked Trish to take a photo of him and his bike. Quite funny really as I thought Bryan was supposed to be the professional photographer! We had a look at the view from the Balcon de Alicante, but it was a misty day so the view was not as good as it can be. While a few of our party set off to explore the area, Bryan started to set up a picnic table with bread and seed and a few perches in a bid to encourage the birds in. We could hear a few birds calling and after a while I spotted two birds fly in to land in a nearby tree. One perched at the top of the tree and I scrambled to get the scope out of the car boot! Once I had got it set up and got onto the bird I was delighted to see it was a Crossbill, one of my target birds for the day. I called Bryan over and he started to take a few photos. Luckily, the bird stayed in view long enough for the others to get a good look at it.

This area is not a place to come if you want to see a large number of species, but it is a good place to find a few specific birds. After a little while some birds were tempted in by the food on the picnic table and we all had great views of Crested Tit and Coal Tit. The only other bird of note was a Jay which kept appearing and disappearing between the trees. Overall, I think we all had a good time. I had added Crossbill and Crested Titto my 2012 year list, we had all seen Crested Tits and Coal Tits and everyone, apart from Dave, had seen the Crossbill. We all enjoyed our picnic lunches, and Bryan had taken a few more photos for his collection. Happy Days! 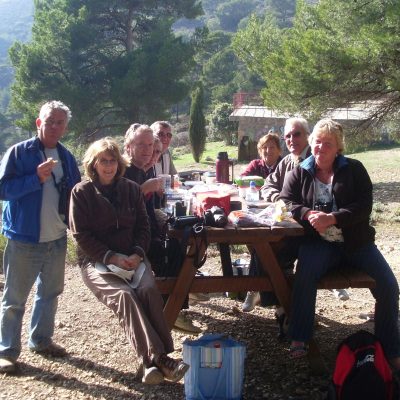 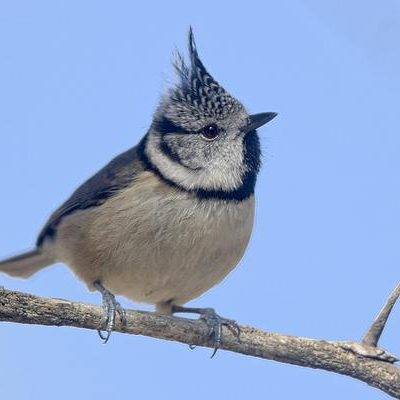 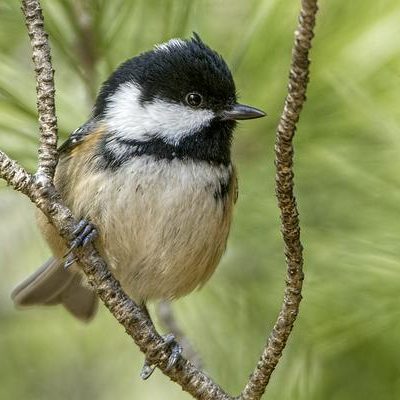