The Costa Blanca Bird Club’s annual outing to the Mar Menor is calculated to avoid likely bad weather by heading south, but this makes life difficult for some people who have to travel from the northern reaches of our area. It was, therefore, gratifying to see some twenty people milling around the carpark at San Pedro del Pinatar when we arrived on a sunny morning. Little was to be seen across the nearest pond, save for some good views of Turnstone and Sanderling, and a distant Little Stint, so we moved on to another hide, ably directed by Rob and Kathy, who had done a good job of reconnaissance. There we had views of more waders, including Kentish Plover and Avocet, before we headed for the visitor Centre, where the ponds were new to many of us. Green and Common Sandpiper, Snipe and Ringed Plover were all easy to watch, and Serin sang from the tamarisk bushes. Across the road, several Black-tailed Godwit and a solitary Ruff were all in full view. When we moved to another site, closer to the beach, the outlet of a shallow stream proved interesting, its reed-fringed bank alive with Chiffchaffs, and a nice Grey Wagtail feeding on the muddy margin. A Spotted Redshank gave good views, and a rather large pipit caused a lively dispute as to its identity. An Audouin’s Gull flew along the beach. 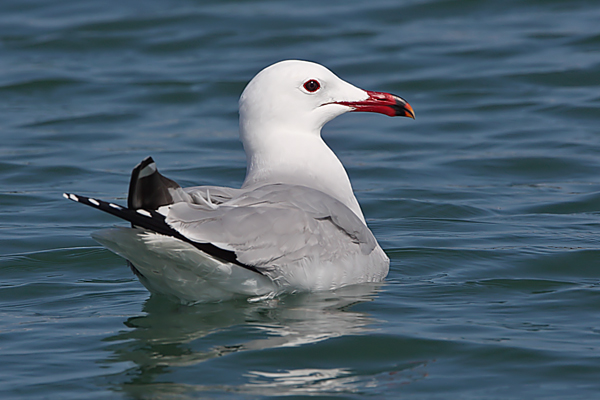 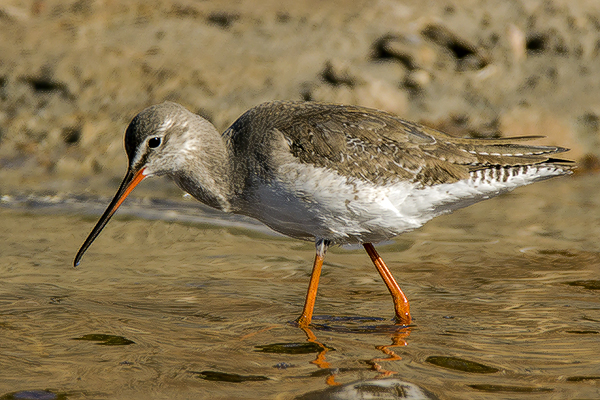 Having pretty well exhausted the area, we drove south to Los Urrutias, where a panoramic view is to be had of the quiet waters of the ‘inland sea.’ They were dotted with Black-necked Grebes, and, further out, a raft of Great Crested Grebes fished, with Sandwich Terns continually diving amongst them, indicating the presence of shoals of fish. We walked along the shore in the hope of getting a view of Kingfisher. One or two ‘earlybirds’ did just that – the rest missed out! Looking out over the plains inland, several Marsh Harriers soared, and a lovely male Linnet sang nearby. As we headed through the village, Monk Parakeets screeched from the palms. Lunch was an excellent repast, at the Restaurante Campo Verde, Los Belones, again organized by Rob and Kathy, and Rex, as deputy treasurer, deputized ably for the absent Greta – the group all wished her well, as she recovers in hospital. Members then went their separate ways, all looking forward to the next meeting.