Today we set off up the coast to Seahouses, in order to catch a boat to the Farne Islands. The sea was quite calm and the weather was pleasant making for a very enjoyable trip. We saw Gannets flying over and had a good look at the Grey Seals on the rocks before sailing around the islands, viewing Guillemots, Kittiwakes and the odd group of Puffins on the rocky stacks. 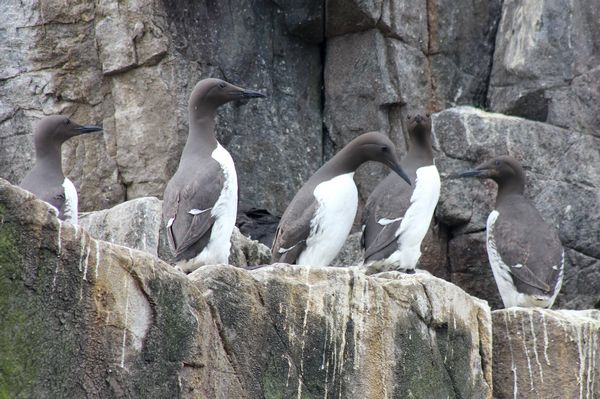 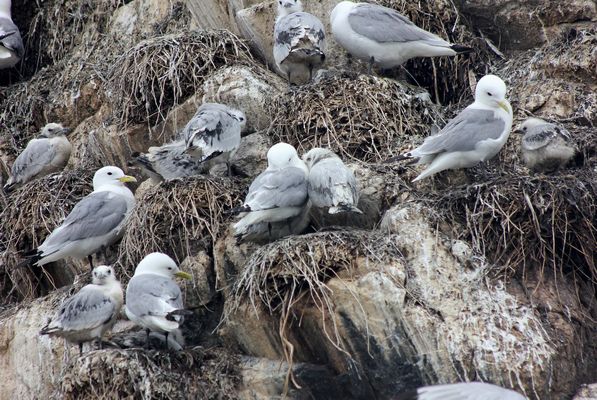 Our journey continued and we were landed on Inner Farne. Here we ran the gauntlet of the Arctic Terns as we walked up the path, watching carefully where we were walking so as not to step on any of the young Terns that were walking around everywhere. The courtyard by the church was especially full of birds, amazing! There were a lot more people than usual, possibly due to Lolo Williams’ reports from here on Springwatch. There also seemed to be more birds than normal, although I didn’t get round to checking if that was the case. On the left hand side of the path there seemed to be a colony of Puffins which hadn’t been there on previous visits, and the Sandwich Terns which used to be in that area had moved to the right of the path and seemed to be a smaller group taking less space than they used to do. 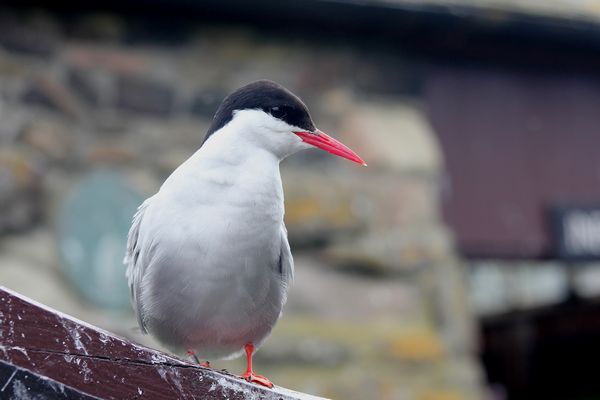 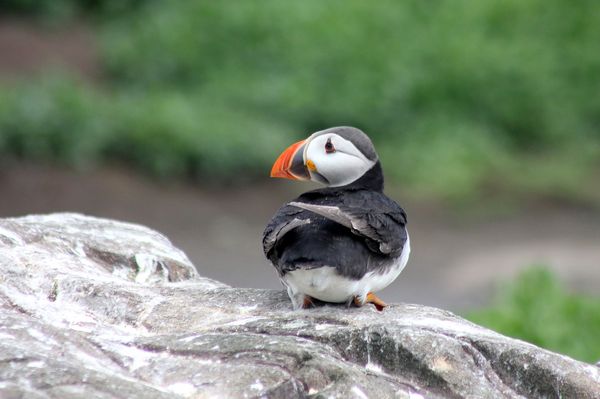 We walked to the edge of the cliffs by the lighthouse where we had close views of nesting Shags, Kittiwakes, Razorbills and Guillemots. On the rocky area to the left there were more Puffins and these also seemed to be closer to us than on previous visits, not that I am complaining! 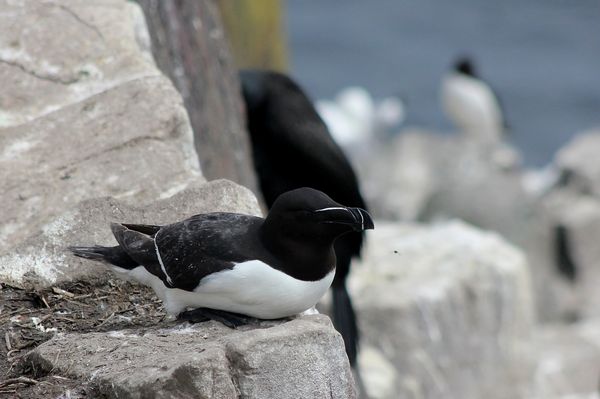 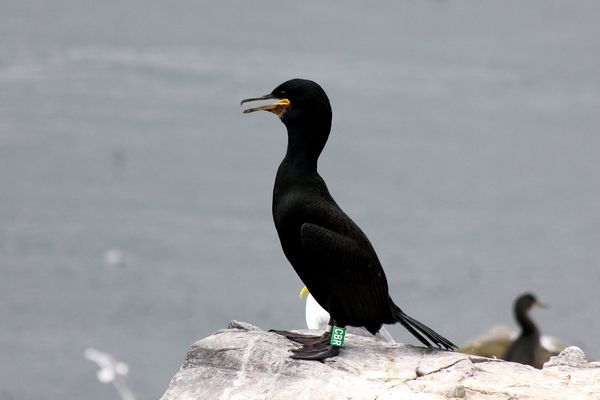 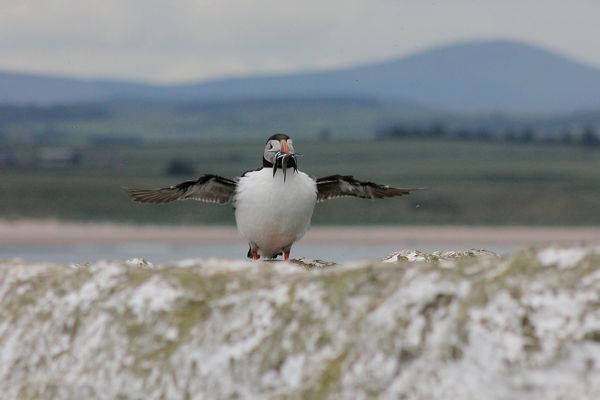 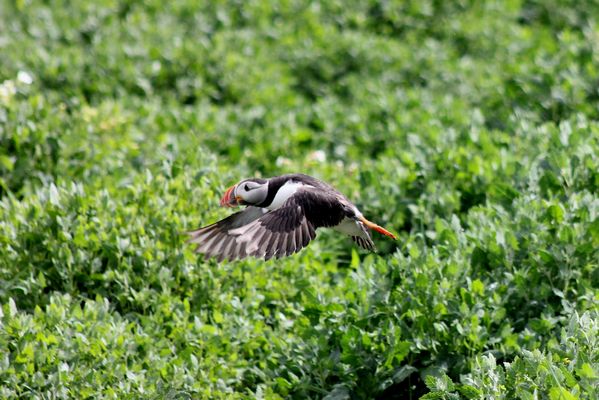 We enjoyed watching and photographing the birds before continuing around the island until we were facing the coast and Bamburgh Castle. As well as more Puffins and Guillemots on the edge of the island we also spotted a couple of Dolphins rising in the sea in front of the castle. Great! I could have stayed on the island longer as there was so much going on but it was time to catch our boat back to Seahouses. As we approached the jetty I spotted Eddie Walker, a birder/bird guide we know from Spain so we had a quick catch up before boarding our boat. I also believe Julian Sykes, another birder/bird guide from Spain was in the area at the same time. It’s a small world, or maybe it’s just a small ‘birding’ world! 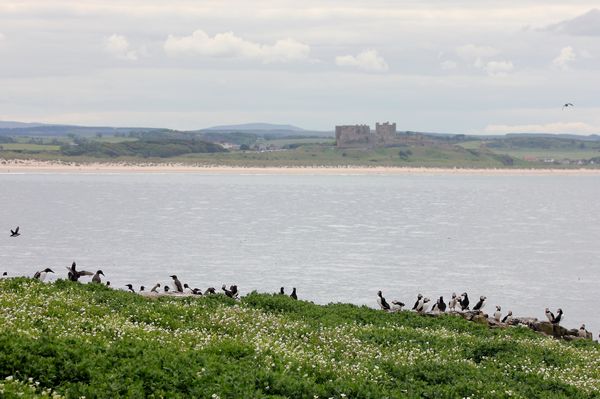 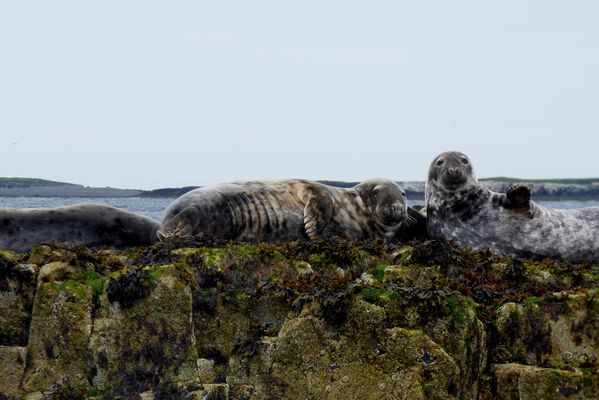