After finishing the painting in the spare room we had a short trip out into the countryside. I was hoping to see three particular species and we soon saw the first of these in the road alongside the old monastery which we refer to as the ‘Bee eater Site’, where several Bee eaters were flying around and landing on the wires. Our second target bird appeared after a while, a single Roller, and a new bird for the year. We followed the track and g us back to the road and at the crossroads we went straight ahead onto a track I call ‘the little reserve track’. A Great Reed Warbler was singing in the reedbeds and, further along, a Woodchat Shrike posed for us on a tree and a wire. The third bird on my ‘hit list’. Our tour brought us back along the palm farm track where several Greenfinches and Goldfinches were in evidence. The birding was quite quiet today but it was nice to go out with three birds and mind and to see them all. 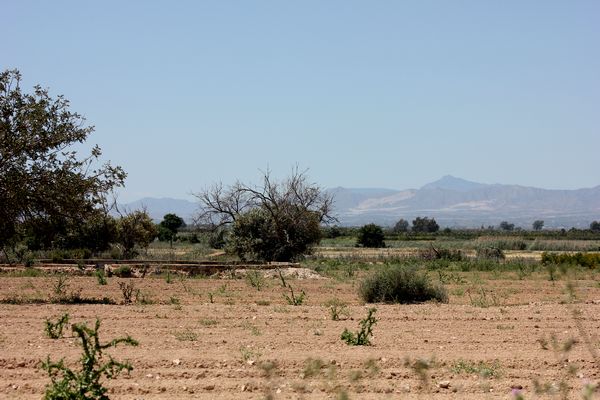 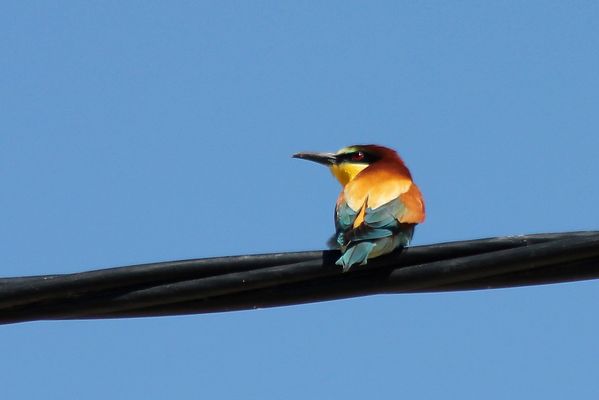 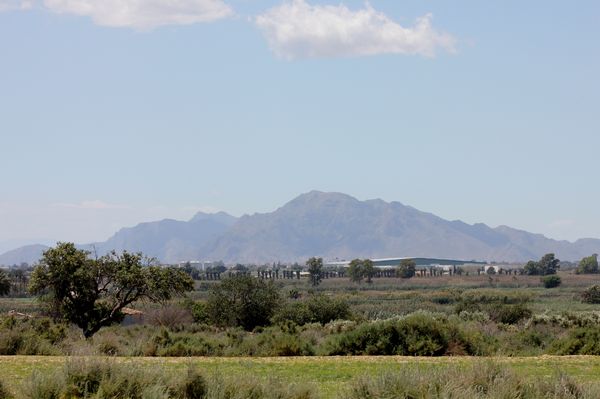 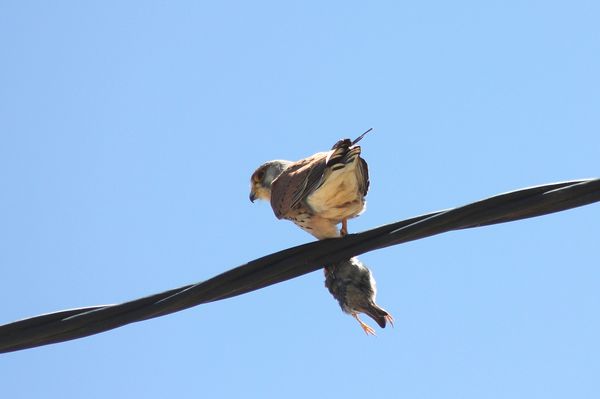