Skip to Main Content
Today I checked out the Pego Marsh track opposite the 5km post on the CV 678. The fields were bare, with plenty of muddy patches. All the following were seen on the right hand side of the first kilometre of the track.
On arriving I could see three flocks of Glossy Ibis in the air, one flock was around 200 strong. A light phase Booted Eagle was flying around, and then through, another flock as though it was eyeing up lunch. There were lots of Little Egret and Grey Heron about on the fields and, feeding amongst them, a solitary Sacred Ibis gave good views. It was interesting to see the various stages of plumage in the Cormorants that mixed with the Egrets. Some had the whitish head with a black “pigtail” stripe, and prominent white feathers on their thighs, indicative of breeding birds – or maybe even a touch of the Morrocan species for those more knowledgeable than me!
White Wagtails and Meadow Pipits mixed with several Bluethroats in the field edges. There were several Reed Bunting showing off their immaculate breeding plumage. Zitting Cisticola and Goldfinch were around the ditch vegetation, but it seems the flock of Tree Sparrows, that used to be common in past years, have now gone as the hedgerows have been grubbed out.
The usual Kingfisher, Kestrel and Marsh Harrier put in appearances, making it a short but satisfying walk. 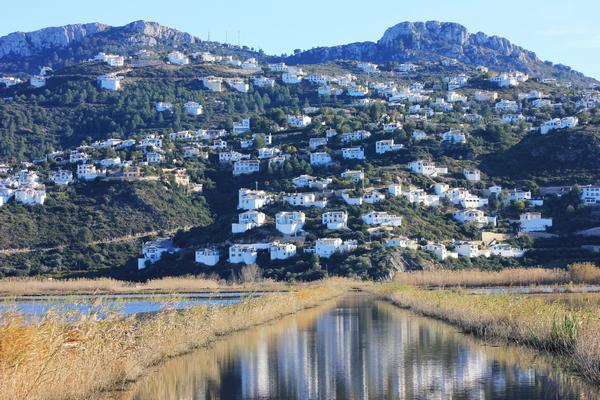 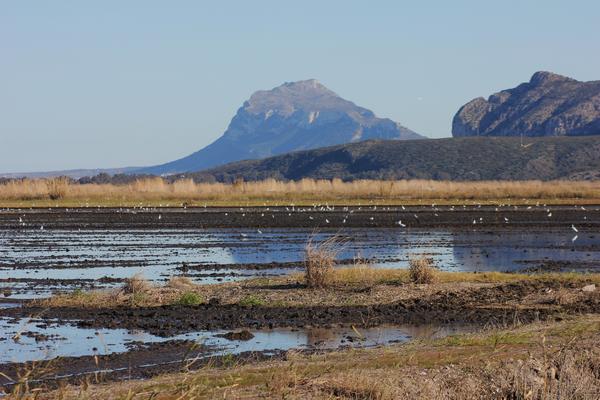