This morning started a bit late as we both overslept after our long journey and all the stress with the tyres! The garage man was true to his word and replaced the tyre for us, putting the spare in the boot and checking the pressure in all the other tyres as well. So a little later than planned, and a few more Euros lighter, we set off up the Belagua Valley. We passed a Jay on our way to the first viewpoint, where there were plenty of House Martins and a Black Redstart, a bird we normally see in abundance in Alicante, but only in the winter. I believe they move to higher places to breed in the Summer. Our next stop was at the car park for the old Refugio where we saw Wheatear, Linnet and another Black Redstart. On the grassy area on the other side of the road there were both Red billed and Alpine Chough in good numbers, and an occasional Griffon Vulture flew above. 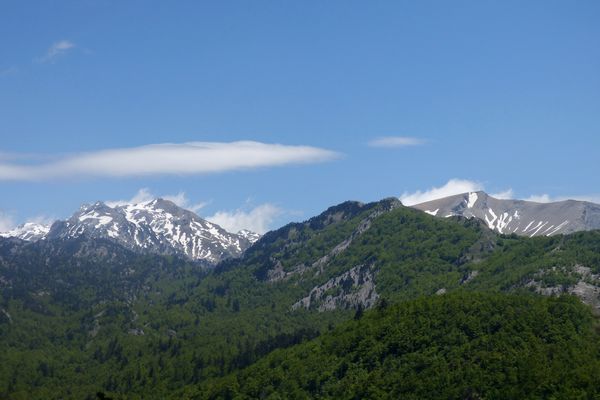 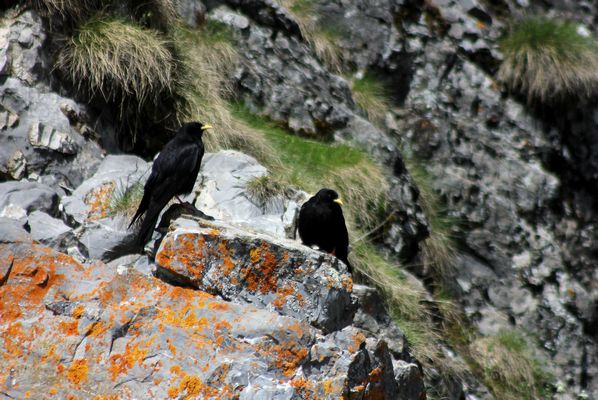 Moving on up the highest part of the valley we spotted an Alpine Accentor perched on a bush at the side of the road, but getting a photo of the bird proved challenging as my camera kept focussing on the rock in front, very annoying! We saw a few groups of Citril Finch at various places and on the way back down I spotted a Ring Ouzel at the top of a tree, John reversed the car and just saw the bird before if flew away. We parked the car at the refugio car park again and ate our lunch there while watching various small birds moving around. At one point a Raven flew right in front of the car, treating us to it’s famous ‘turning upside down trick’, which we had seen for the first time a couple of year’s ago in this very place! A brilliant thing to see. A very pale Fox appeared later on and took a good look at us before sloping off down the hillside. An Egyptian Vulture flew overhead just before we left and headed towards Zuriza. 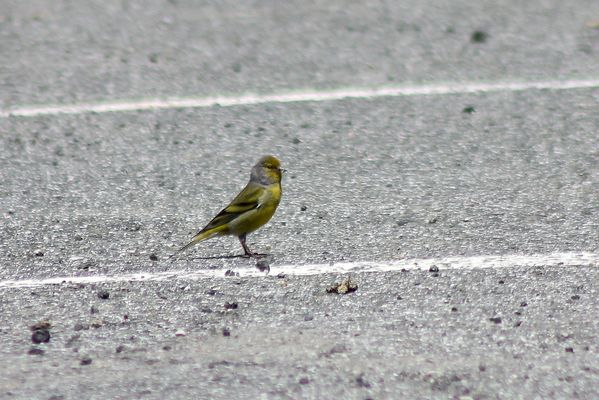 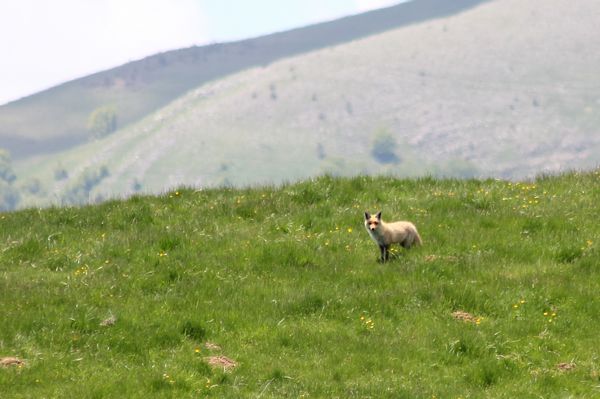 On the road to Zuriza John spotted a bird as it flew into a small tree so we stopped to have a look at it. It was a male Red backed Shrike, and a female was also nearby. This is a species we haven’t seen for a few years so we sat and watched them for a while and tried to get some photos. We continued along the road flushing a Griffon Vulture from the side of the road, it looked huge close up, in fact for a moment I thought it was a bear! We reached Zuriza and continued down into Anso village where we had a little walk and a drink. From Anso we followed the mountain road across to Roncal seeing a very red Squirrel and a distant Short toed Eagle on the way. We arrived back in Isaba feeling very tired but happy to have seen so many of our target species in one day. 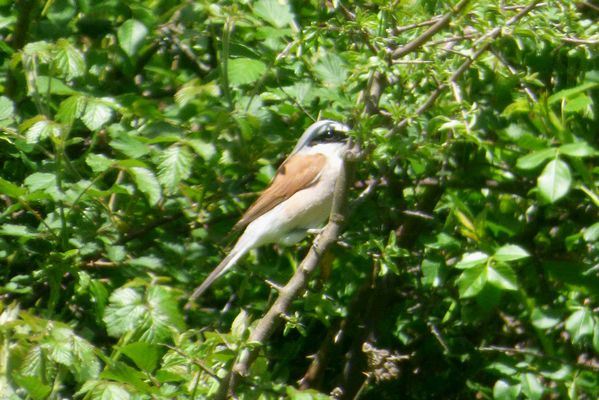 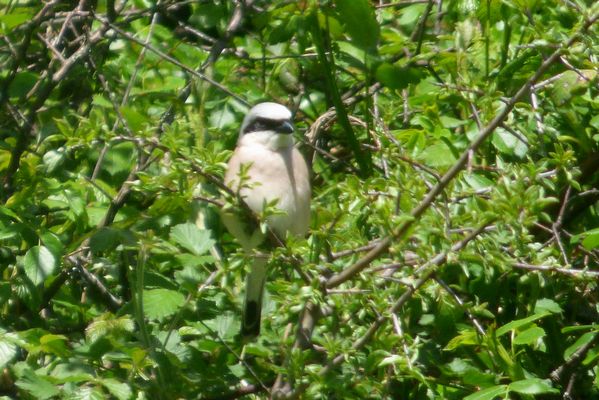