We spent a week in a holiday cottage on a sheep farm near Rhayader in mid Wales. We have been here before and it is a really lovely place to stay. We had four target birds so on our first day we set off for a walk across the fields and along the river. As soon as we left the farm John spotted a bird along the lane, and a quick look through the binoculars showed it to be a Redstart, or as John said ‘a good start!’ This was bird number one from my wish list. We made our way between the sheep and their new lambs, and came back through woodland along the banks of the River Wye, seeing more Redstarts along with many other woodland birds. 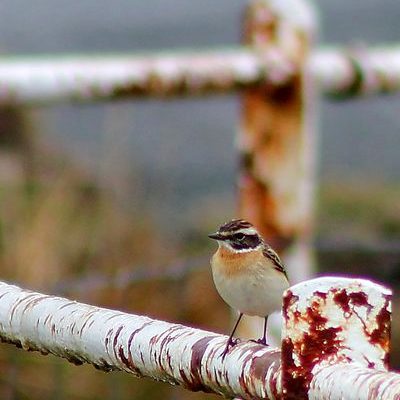 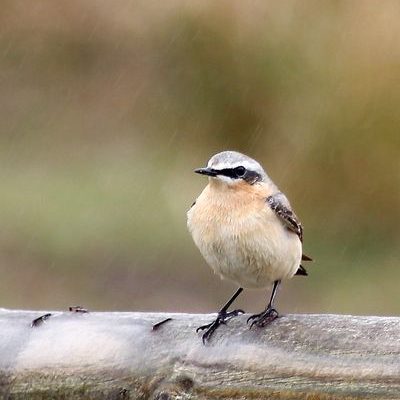 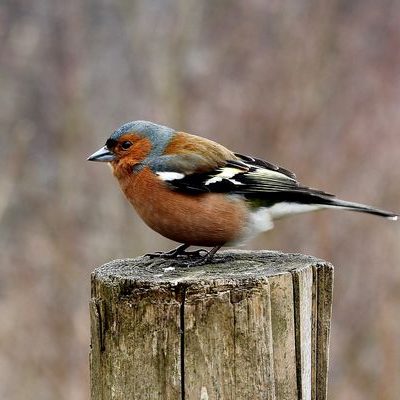 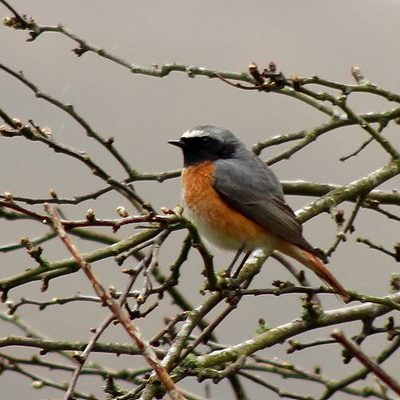 On our second day we drove round the Elan Valley visiting all four reservoirs and their attractive dams. At the first dam we found a number of Meadow Pipits and a couple of Wheatears on the grassy areas below the dam. We headed back the way we had come and stopped by the little church and I walked across the next dam scanning the water for any signs of life, although these waters never seem to hold any wildlife. To my surpise there was a distant bird on the water which I identified through the scope as a Goosander. Moving on to the third dam we were pleased to find that the water was running over the top of the dam which was an impressive sight. During a brief stop to look at the next dam a Chaffinch landed on a nearby post. The bird was so confiding it moved even closer until it was only about three feet away, the bird even waited for me to get the camera ready and then posed for photos! Our final stop was further along the road in an area of moorland where we ate our lunch and, due to persistant drizzly rain, we continued birding from the car. This proved quite sucessful as several birds came and sat on various fence posts close to the car, including Wheatear, Whinchat, Stonechat and Meadow Pipit, and three Red Kites flew around the area.

Day three took us to the RSPB reserve at Ynys-Hir (the current home of Springwatch). On our way to one of the estuary hides we passed 2 Nuthatches and a Song Thrush feeding on the ground. From the hide we saw Mute Swan, Canada Goose, Shelduck, Mallard, 2 Oystercatchers, Pheasant and a Little Egret. We headed back into the woods and on the way a Red Kite flew low overhead giving us a great view of it. In the woods we saw a couple of people looking at a bird, which turned out to be a Pied Flycatcher, the second bird on my wish list. There were plenty of birds singing in the woods and during our walk we added Woodpigeon, Swallow, Pied Wagtail, Wren, Dunnock, Robin, Redstart, Blackbird, Willow Warbler, Chiffchaff and Blackcap to our list. When we left the reserve it was warm enough to eat our lunch at one of the picnic tables. From here I was delighted to spot aTreecreeper working it’s way up a nearby tree, although John missed it as he had gone to get our lunch from the car! From the picnic area we were able to watch a variety of birds visiting the feeders, including Siskin, Blue Tit, Great Tit, Chaffinch, Greenfinch and Goldfinch. On the way back to our cottage we stopped to watch the Red Kite feeding at Nant y Arian from the road side, seeing 100+ Red Kites along with a single Buzzard. Another great day! 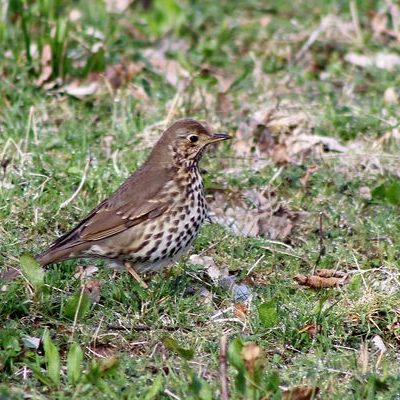 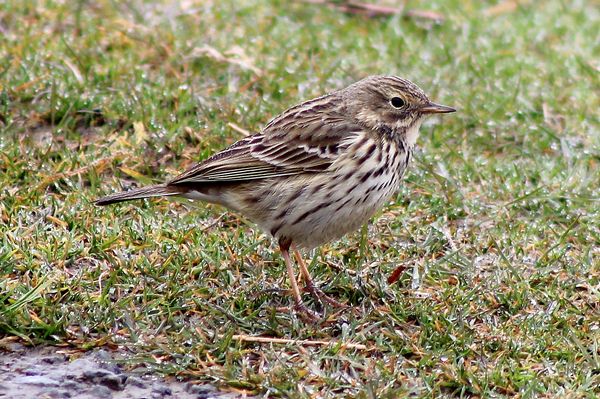 The next day we decided to have a quiet one and went over the fields and down by the river again. We found a place to sit and enjoyed watching a couple of Pied Flycatchers flying from to and fro across the river and moving tree to tree, appearing to mark out a territory. Later we were delighted to see 2 Grey Wagtails flitting from rock to rock and a Jay sitting in a tree on the far bank. We moved on to have a look at an old river bridge and as we arrived a bird flew quickly from under the bridge and along the river – a Dipper! At last the third, and most wanted, bird on our wish list! We returned to the other side of the river and sat opposite the old bridge from where we watched 2 Dippers moving around under the bridge for a little while. John was pleased when we spotted a Treecreeper as he had missed the one I saw yesterday. 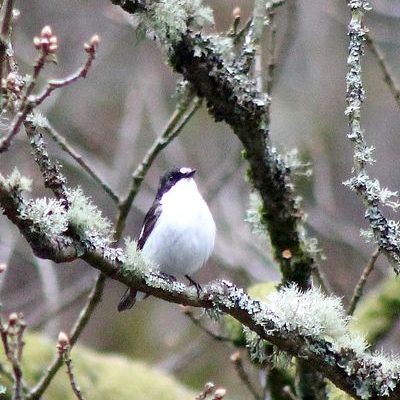 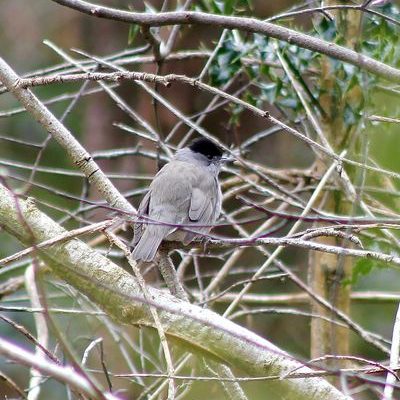 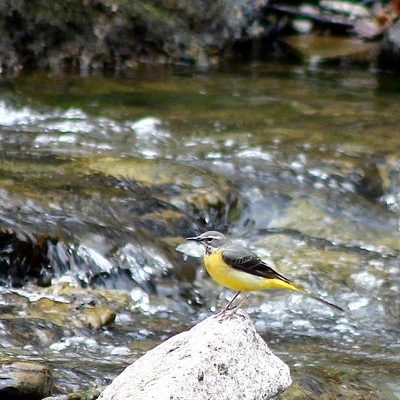 On Thursday our good friends, Rob and Sian drove up from their home in Swansea to meet us. We took another drive around the Elan Valley reservoirs, seeing most of the same species we had seen before. In the afternoon we went to Gigrin Farm to watch the Red Kite feeding there. Red Kite was the fourth bird on our wish list, but they were really easy to find as we saw them every day, including from the cottage. We have seen the feeding before but it is still very interesting to see over 100 Red Kites at close quarters. They tend to hang around in the sky together for a while until one bird swoops down to get some food and then many others follow suit. The constant movement and the mewing of the birds makes for a great atmosphere and there is so much going on it is difficult to know which way yo look! Quite a few opportunist Crows and Rooks also take advantage of the free food, along with the odd Buzzard. We all enjoyed watching the spectacle for about an hour before we decided we too needed something to eat and adjourned to a nearby pub. 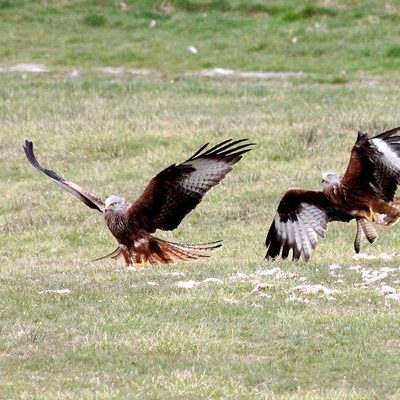 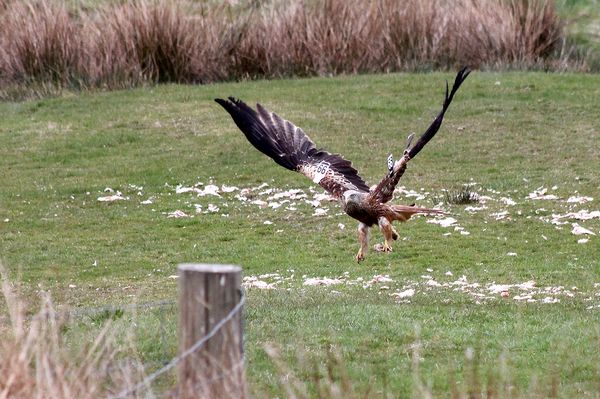 Friday was our final day and we enjoyed sitting in the sun with a ‘nice cup of tea’ on the new decking on the back of the cottage watching the local birds, which today included a lovely Mistle Thrush down in the pig run! After lunch we took a last walk down by the river and went to ‘stake out’ the Dipper site. We sat on the old bridge where we had seen the birds earlier in the week but there was no sign of them so we walked over to the nature reserve to look under the bridge from the other side. While we we there a Dipper shot past us and under the bridge, landing on a rock just below where we had previously been standing, isn’t that always the way? We headed back over to the bridge but the bird had gone and didn’t return, although we watied about half and hour. They probably knew we were there. At least we had seen the birds on two occasions so we were happy with that.