The Costa Blanca Bird Club’s December field outing always incorporates its AGM, but this takes second place to the important business of finding birds! On a thoroughly unpleasant, wet cold morning, 19 members met up at Gran Alacant and made their initial way to the Clot, where the sight of a few miserable Teal was not enough to keep us for very long.

We sped off to Santa Pola Salinas, where rain made watching difficult, and a big party of Flamingos, some Spoonbill and a few Sandwich Terns were all that could be seen. Greta’s excellent mince pies cheered us up! Fortunately the weather improved slightly as we drove inland, and we were able to set up telescopes without too much problem, overlooking a huge area of irrigated land, where vast numbers of birds fed. Lapwings were in the majority – there must have been hundreds present, interspersed with the less conspicuous but nonetheless beautiful Golden Plovers. We searched these for some time until it was Barry who eventually found the bird we most wanted to see – an American Golden Plover, slightly greyer generally, more upright and with a dark ‘cap.’ It was my first sighting this side of the ‘pond.’ A little while later we located the Sociable Lapwing first discovered – also by Barry – over a month ago – and everybody was able to get a good look at this fine bird through telescopes. We also found, amongst the multitude of birds, Bar-tailed Godwits, Grey Plovers and even Jack Snipe – quite a spot! We moved on reluctantly, seeing little more as we took to the ‘palm farm track’ then to lunch at the reliable Tano’s restaurant in Santa Pola. 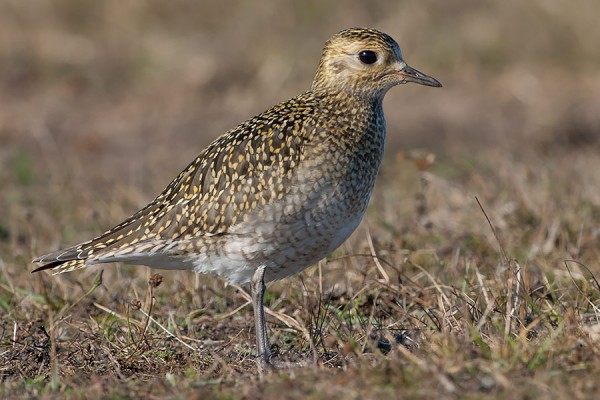 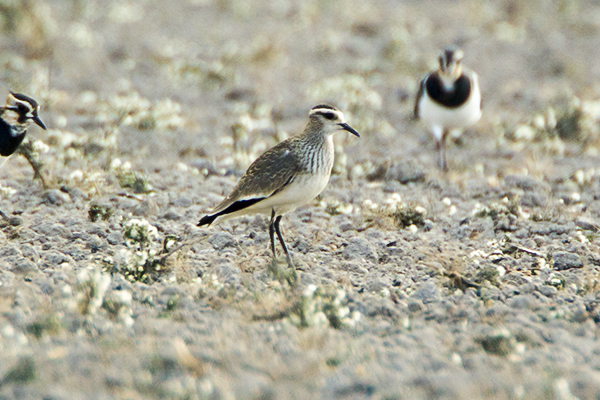 After a good meal, we had our brief AGM, with a nice report from our president Stephan, and an optimistic statement as to our finances from Greta, then a few of us headed out, now in sunshine, for the fish quay, to watch the birds following the fishing boats. We were not disappointed – big numbers of Balearic Shearwaters were trailing in behind one boat, soon pursued by one great big Cory’s Shearwater, something of a find so late in the year. It had been a terrific day, despite the unpromising weather.