The island of Tabarca was the destination for the Costa Blanca Bird Club’s April outing, and 19 members gathered on a lovely spring morning at Santa Pola to take the crossing as Pallid Swifts wheeling overhead in profusion. Few birds were seen on the placid crossing, but large numbers of terns, both Common Tern and Sandwich Tern, and more Pallid Swifts circled around their home at the Torre San José. We soon started seeing Woodchat Shrikes, which proved to be the feature of the day, perched all over the island in prominent places. Sardinian Warblers were also conspicuous, and a Willow Warbler allowed a brief view as it dived into cover. As we walked around the lighthouse we started to see Northern Wheatears, the more familiar species, then a beautiful Black-eared Wheatear, which gave excellent views. We walked to the far eastern end of the island, where Shags perched amongst the Yellow-legged Gulls on the rocks, and, after seeing two Shelduck out to sea, Els heard the mournful call of a Stone Curlew, which may well have been the largish bird I had glimpsed earlier. 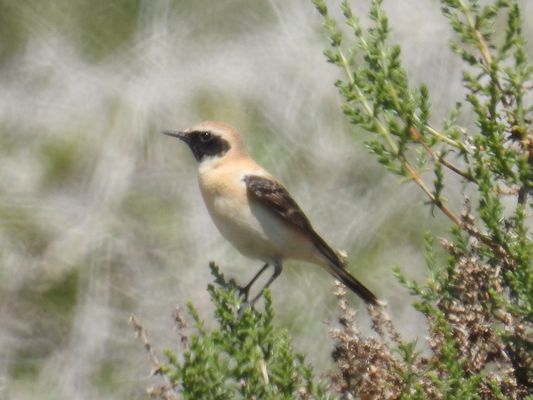 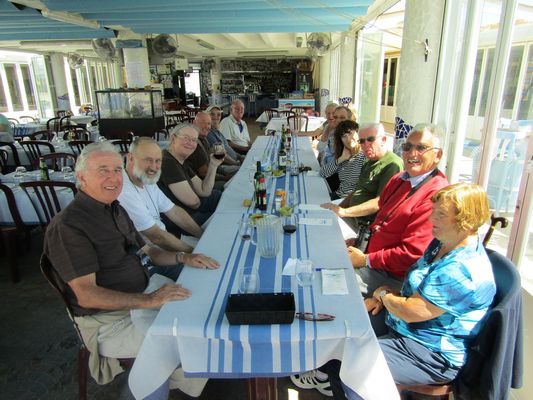 Pete and Eddie took a detour, finding a fine Squacco Heron perched on rocks, whilst the rest of us were invited by one José Manuel, a pleasant madrilène, to watch him process a Nightingale he had just taken from a mist-net – it proved to have been ringed earlier that morning. As we continued back through the cactus, Fran came rushing back to tell us that the ‘advance party’ had flushed a Nightjar – in broad daylight. They were able to pinpoint its location, and we flushed it again, a spectacular Red-necked Nightjar, which glided away into thick cover. 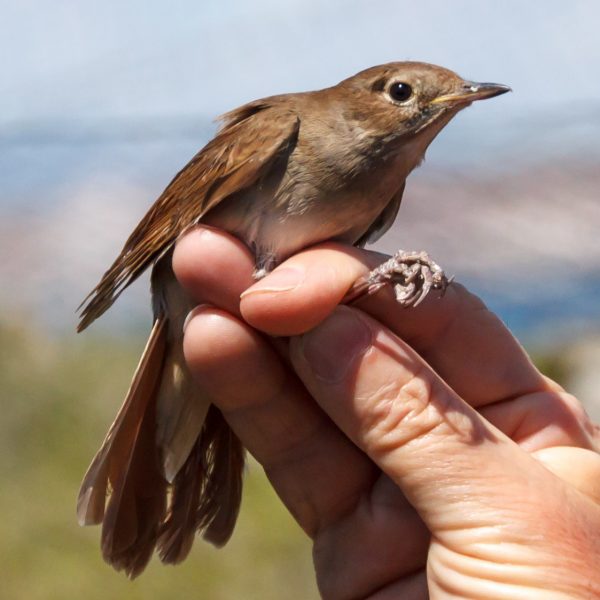 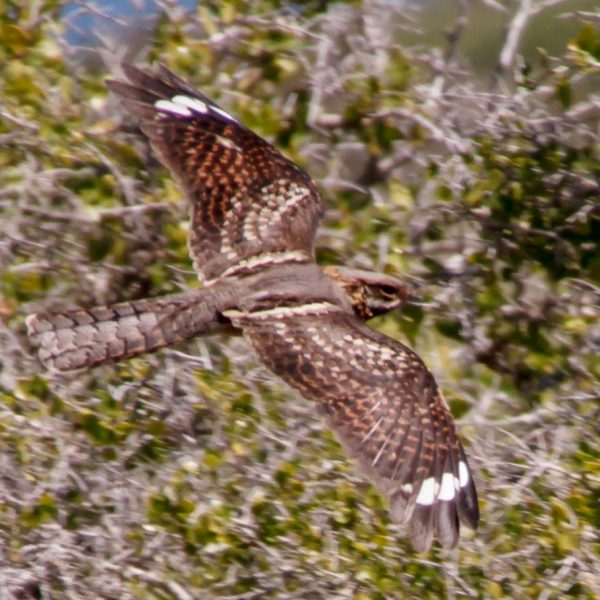 We went then to the Restaurante Mar Azul, where we enjoyed an excellent lunch at a reasonable price, then set off to explore the western end of the island. Near the church a Pied Flycatcher and a couple of Chiffchaffs were found, then a Blackcap in the main square. In a quiet corner nearby, a bush held a nice Subalpine Warbler and a Whitethroat. Audouin’s Gulls and a Mediterranean Gull were seen on the way back to Santa Pola, where three Little Terns flew out of the harbour as we approached. It had been, by popular consent, a first-class day. 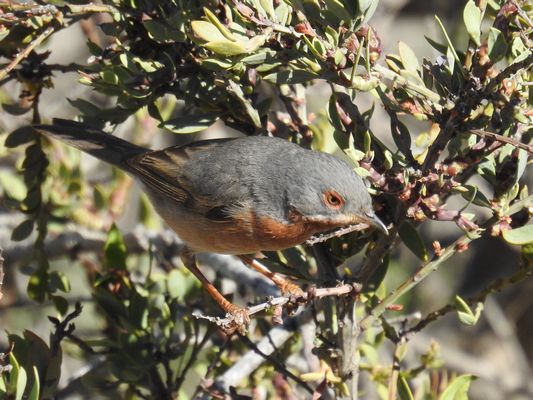 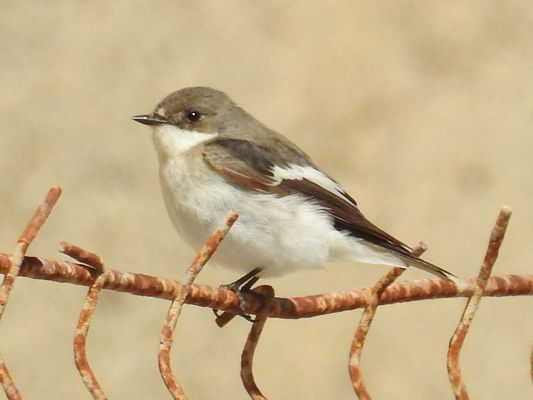