This year we decided to make an Autumn visit to the Pyrenees for a change. Obviously, we would miss out on all the Spring and Summer birds but we thought it would be nice to see the Autumn colours and enjoy the mountain scenery as usual.

During the journey up there we saw Lapwings near Huesca and Red Kites in various places along the route. We made our usual stop at Riglos where we had great views of a Firecrest in the trees in the park by the church but unfortunately we had left the camera in the car! As usual at Riglos we saw plenty of Griffon Vultures.

Day One – Bellegua Valley – we love this drive up the mountain pass that leads over into France. We soon spotted one of my target birds, Alpine Chough, in fact there were loads of them flying around and feeding on the grassy areas. Higher up we watched a Red Kite fly by carrying some kind of prey in it’s tallons. There were several Crossbills by the bridge and they stayed around allowing us to watch them for quite a while. At the top of the pass, by the ski station we found Black Redstart, Meadow Pipit, Serin, White Wagtails, Wheatear and a possible Alpine Accentor, but I am not sure about that one. 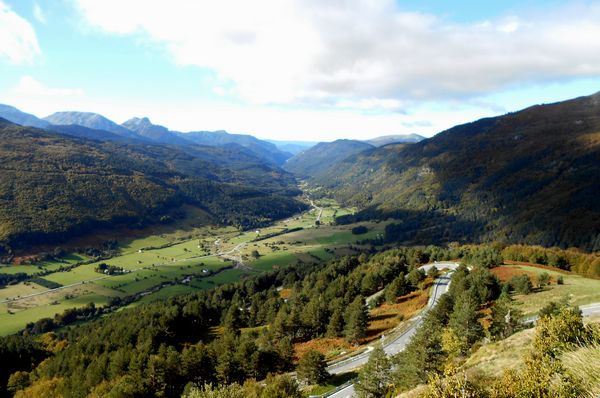 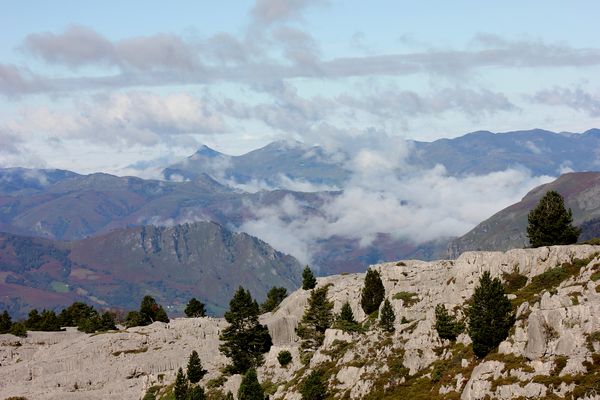 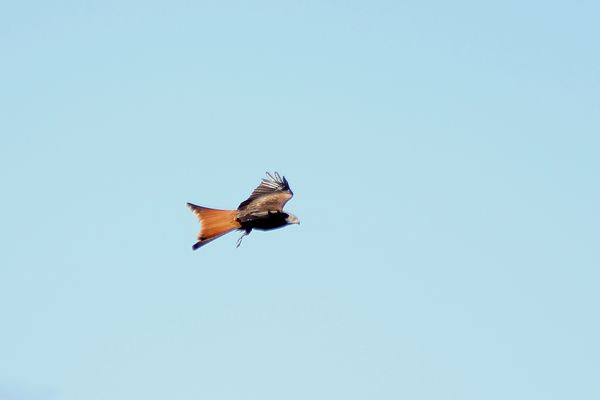 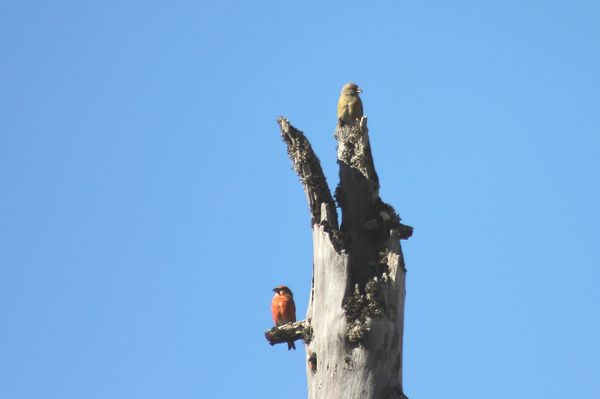 Day Two – Hecho Valley – We drove over the mountain road from Isaba and headed right along the valley to the meadows. There was a pair of Blackcaps in the trees and I was pleased to spot a Yellowhammer as we had missed out on this bird earlier in the year. Several Jays were seen today, in fact we saw lots of them every day we were out. Back at the picnic area a Red Squirrel was moving about on the opposite river bank. We watched a Grey Wagtail on the river while we ate our lunch and then were delighted when a Crested Tit came and perched in a tree right next to our picnic table! Other tit species were also in the area and a walk down to the bridge found us looking at a Dipper preening itself for about ten minutes which was brilliant! We drove back along the valley and stopped in a parking area to take photos. John had wandered off and was soon calling me to say he was looking at a Bullfinch, not a rare bird I know but one we haven’t seen for a few years. We might have had a better look at it if a lorry hadn’t come along and flushed it! 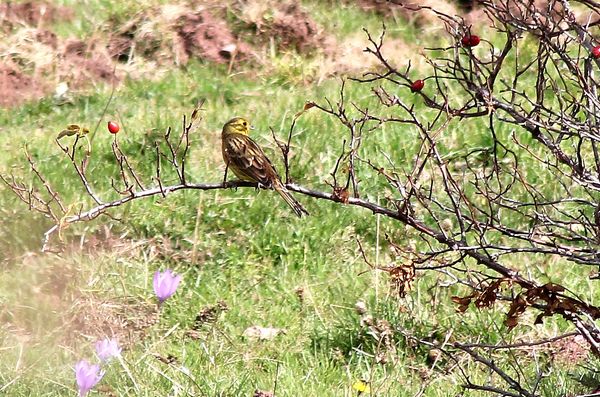 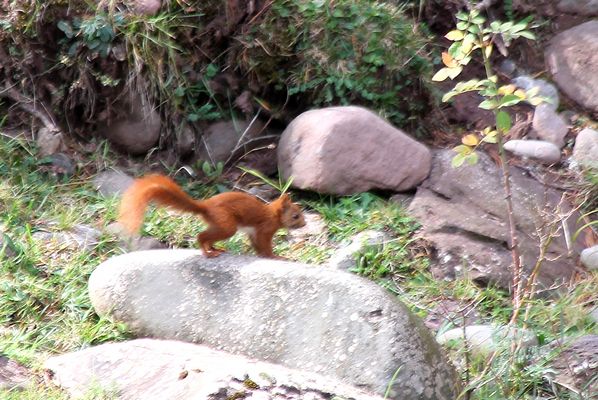 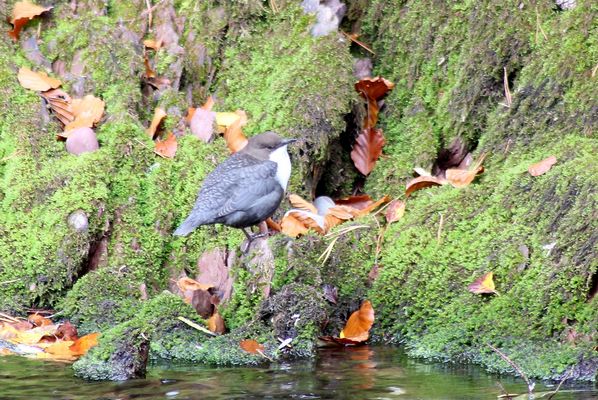 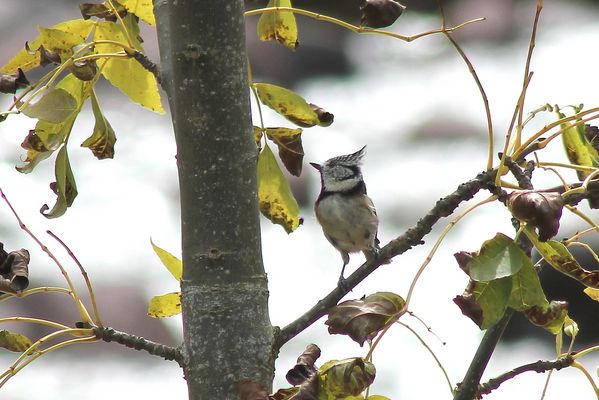 Day Three – Arbayan and Lumbier Gorges – Today we set off towards Lumbier Gorge stopping at the Arbayan Gorge viewing platform on the way. We are so glad we did! After watching several small birds in the trees below us for a while I suddenly saw a bird flying in front of us from our left and started jumping up and down yelling it’s a Wallcreeper! We could not believe it when the bird flew in front of us and landed on the cliff opposite and below us, giving us the best views we have ever had of this species. In fact, it is only the second time we have seen one and the other time was ten years ago. It sure beat struggling up the path at Gabardito and seeing the bird from a massive distance! Terrible photos I know, but at least we saw it and got some record shots. Needless to say we were very happy! 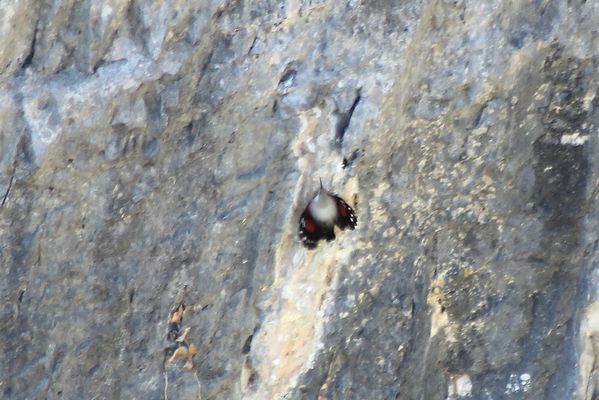 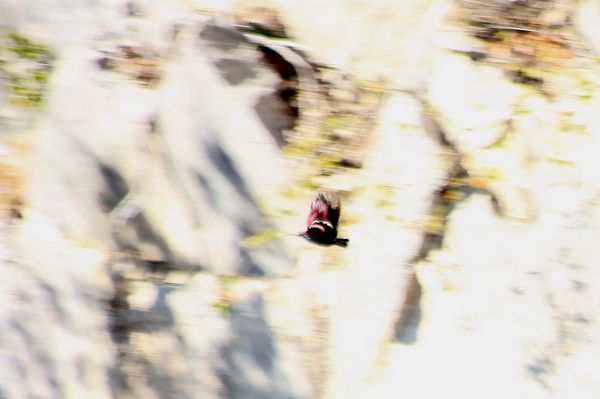 Day four – Gallocanta – On our way home we paid a quick visit to Laguna de Gallocanta to see if the Cranes had arrived yet. Sadly they had not and the laguna was completely dry and dusty. We stood by the visitor center near Bello for a while and John spotted a female Hen Harrier, a great sight which we watched for quite a while as it hunted over the fields. A male joined it at one point and several other raptors were in the area as well, including a male Marsh Harrier. 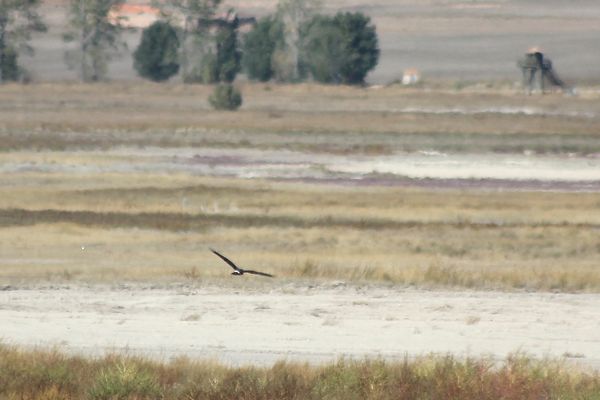 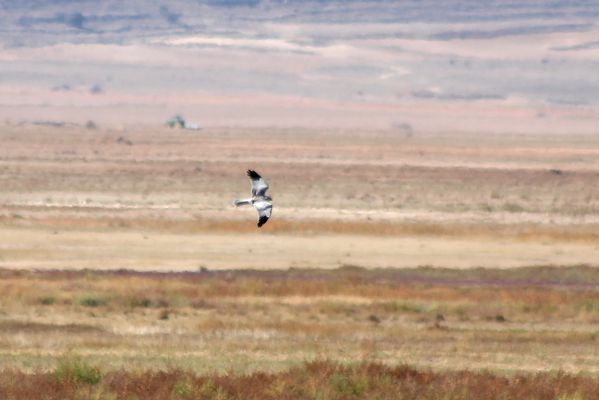 All in all we had really enjoyed our Autumn visit to the Pyrenees and it was great to be out birding again.