I set out, with three other members of the Costa Blanca Bird Club, on a pleasant late May morning, to drive northwards, heading ultimately for the Pyrenees. Firstly, though, we had a date with perhaps one of Spain’s most elusive – and sought-after – birds, Dupont’s Lark, a bird found only in Spain and a few discreet spots in North Africa, and which has a total population of no more than a couple of thousand pairs in this huge country. To this end, we made our way to Belchite, that infamous reminder of the destruction of the Civil War, where the ruined buildings have been deliberately left standing to show the folly of war. We took a ride out onto plains above the town, and were treated to a good view of an immature Golden Eagle, then, after paying brief homage to the sad sight of the ruins we booked into the comfortable Hotel Oleum, then sallied forth onto the vast plain of El Planerón. Larks were plentiful, particularly the conspicuous Calandra Larks, but also Thekla, and both Greater and Lesser Short-toed Larks, giving us a good opportunity to study the considerable difference between the species. A small party of Bee Eaters charmed us, a Marsh Harrier flew by, as did a Kestrel, but we were searching for just one species, and after perhaps a couple of hours, we located one reasonably ‘tame’ bird. Our Dupont’s Lark was duly ‘ticked off,’ and photographed. We rounded off the day with distant views of two Black-bellied Sandgrouse, as we moved back into town. It had been a long day, and even the church-clock chiming the hours failed to disturb my sleep for most of the night. It had been an excellent start to the trip, and one that birders from all over the continent will envy, Dupont’s Lark being top of the ‘wants-list’ for many. 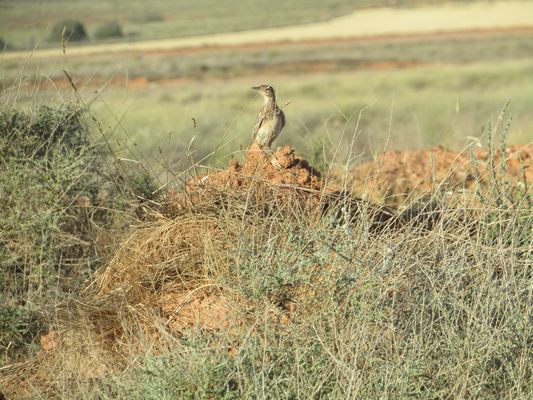 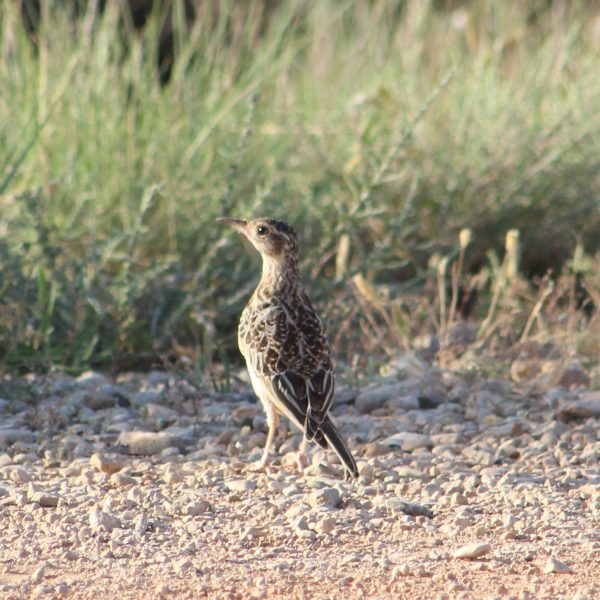