Despite a cloudy sky with rain threatening, we set off on a round trip across the countryside to see what we could find. The first birds we saw were a Black Kite being mobbed by an Azure winged Magpie. A little way along the road to Monroy we stopped to examine a couple of birds near a pool and found they were Black Storks. We were doing well with that species this year. It was raining by now and the only birds braving the weather seemed to be House Sparrows, Blackbirds, Woodpigeons and Collared Doves. As we continued, and all through the day we saw many Corn Buntings and heard them singing their chirpy song. Crested Lark, Swallow and Spotless Starlings started to appear, John spotted a White Stork landing in a field, and the odd Griffon Vulture was in the air.

We stopped beside the Almonte River for a while and this proved to be a good place for small birds. The favourite was a Spanish Sparrow, a bird on my wish list for today. Many House Martins, Crag Martins and Swallows  were flying around the bridge, and by the river we saw White and Grey Wagtail and a Grey Heron. A Wren was heard only and Chaffinch, Goldfinch and Stonechat were also seen. 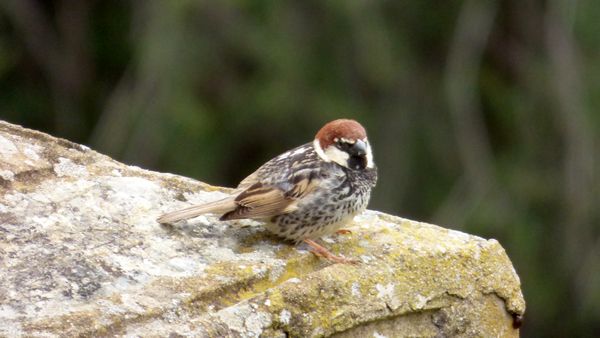 We proceeded over the moors but the weather was rather grey and wet. In between the showers we saw a Buzzard flying, and found Spanish Sparrow with a Corn Bunting sitting in the same tree. Several Calandra Larks and Crested Larks showed up and we saw another two White Storks next to a pool high up on the moors. At one point we stopped the car to try to photograph a lovely Woodchat Shrike on a fence.

Our next stop was by the Magasca River where a Great Tit looked a bit soggy and dejected perched in a tree in the rain, and we also saw Red rumped Swallow here. A little further along the road we saw a few Bee eaters before we reached what we call ‘the Roller road’ where we found 3 or 4 Rollers either perched on the wires or next to their nest boxes. We continued towards Trujillo and we ate our lunch near the bull ring where a single Lesser Kestrel made an appearance. From here we headed back to our accomodation in Torrejon el Rubio. Apart from many repeat sightings, including plenty of Black Kites, new birds for our trip list were:- Grey Wagtail, Spanish Sparrow, Stonechat, Calandra Lark and Roller. 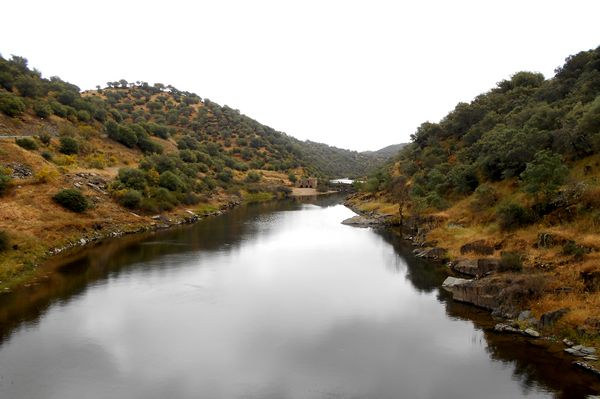 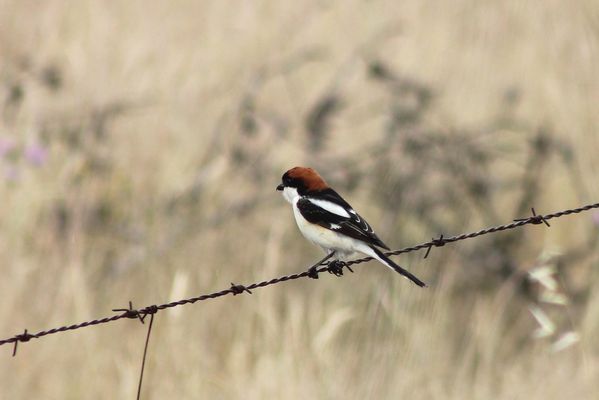 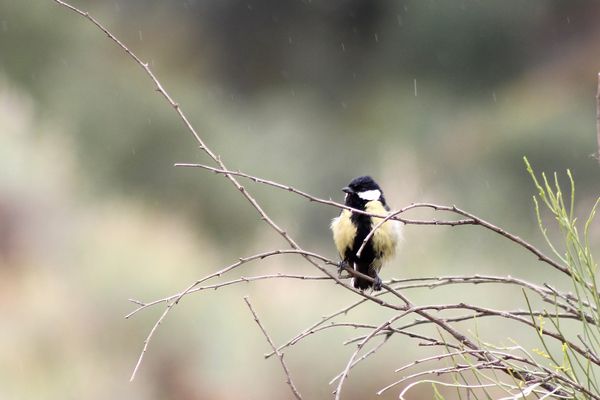 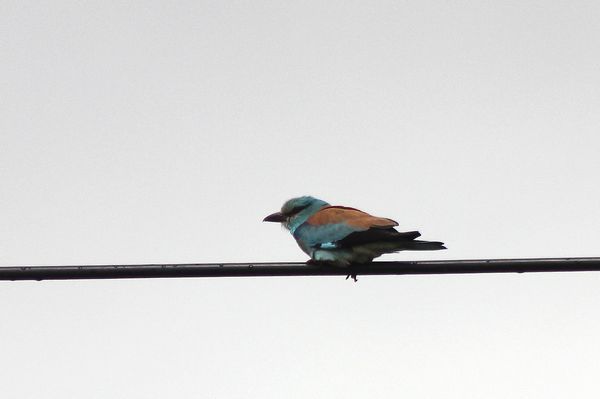