A quick look at Clot Nature Reserve this morning produced 40+ Stone Curlew, a single Little Owl and still around was the Song Thrush. All the other stuff, Sardinian Warbler, Dartford Warbler, Cetti’s Warbler and Black Redstart were all around in good numbers. Late morning and we made our way in the sunshine towards San Felipe. One of the best reserves in the Alicante area and only half an hour down the road. Once again we stopped off at a number of places, including the dump. This paid off, because there was a White Stork, very rare this time of the year, on a wall with Grey Herons. Over 100 Cattle Egret were feeding in all the rubbish with lots of Yellow legged Gulls and Black headed Gulls. Just around the corner, up to 7 Hoopoe were feeding together and, using the car as a mobile hide, all of them performed at very close range. Didn’t expect to see White Stork on this trip.

We arrived at San Felipe Reserve and there was one special bird that I was hoping to see here. It started off well and while eating are dinner, a female Little Bittern flew across the pool next to where we were sitting. We started walking and immediately heard Penduline Tit and saw two birds showing very well next to the board walk. This was followed by many Fan tailed Warblers and Cetti’s Warblers. Overhead, there were many Crag Martinand the odd Marsh Harrier flew through. I kept on scanning the skies and then picked up in the distance, what I thought, might be the bird I was after. GREATER SPOTTED EAGLE! In fact this could be Tonn, a radio transmitted bird from Estonia which has been wintering in this area since 2007. This winter it has been joined by 2 other Greater Spotted Eagles that first arrived last year. It was too far away to see a transmitter on the back, but you could see the larger size difference when it was circling with a light phase Booted Eagle. The GS Eagle flew off NE, while the Booted Eagle was joined by another light phase and both showed superbly just above our heads. The only birds of note on the pools were 2 Black necked Grebe, and both Serin and Crested Lark were in the car park. Bryan managed to see a Bluethroat that I just missed. Penduline Tits and Fan tailed Warbler were heard and seen all over the shop.

Returning home, we were unsuccessful in searching for the small number of Cranes wintering near the reserve. On the roadsides, there must of been well over 100 Chiffchaff feeding and when reading the book ‘A Birdwatching Guide to Eastern Spain’ it comments that ‘millions of Chiffchaff winter on the reserve! Eight Tree Sparrow were also seen on the roadside. A few more Booted Eagles, single Ruff and Lapwing, and 2 more Hoopoe were also seen. We stopped off at Santa Pola Salt Pans and got an Osprey flying off to roost. 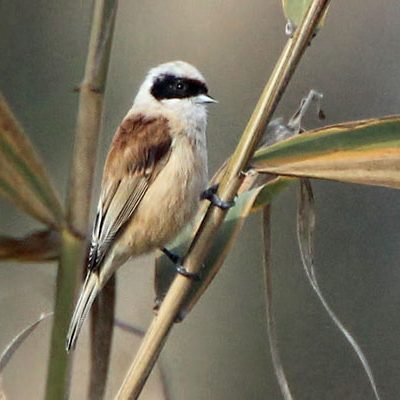 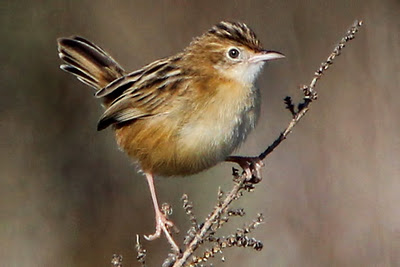