Yesterday (Monday) was our first trip out since we have been ill. After having a coffee on the sea front we decided to park in the Clot car park, but there were people working with strimmers so we continued up the road and entered by the side gate. The scrape held the usual Shoveler, Teal, Moorhen and Coot, as well as large numbers of Crag Martins and our first Swallows for the year. In the main pool there were more ducks and a few Little Grebe, plus 3 male and 1 female Red Crested Pochard.

Returning to the entrance we turned right along the path which gives views over the lagoon to the left. Amongst other things, there were several Flamingos and a few Common Pochard could be seen on the water with more of the duck species already seen. During our visit there were lots of small birds flying about in flocks including, Serin, Goldfinch and Linnet.

Tuesday – We returned to the Clot this afternoon and were able to add House Martin, Hoopoe and Southern Grey Shrike to yesterday’s list. At the main pool John spotted an unusual duck and I was delighted to see it was a Pintail, a bird we haven’t seen for a few years. It swam around a bit before flying away towards, and probably beyond, the scrape. A good bird for the Clot.

No camera with us sadly so I am using this one of Bryan Thomas’s photos. 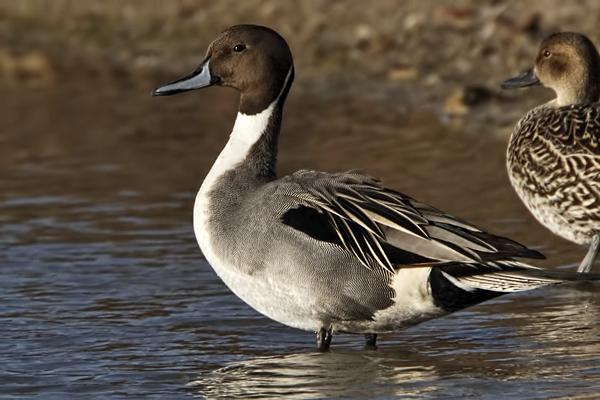