The ‘third amigo’ has been replaced! Well not really but while Bryan is away on the Isles of Scilly, we arranged to go out for a few hours birding with CBBC Member and part time GA resident, Mark Etheridge. Mark has been out and about in the area over the last few days so he took us straight to a field where he had seen a group of Cranes, and what do you know? There were 14 Cranes in the same field, a good start!

Mark had confidently promised to find me a Bluethroat so we headed to San Felipe and walked around the boardwalk and on to the first hide. From there we could see a few Little Grebes on the water, and two Purple Swamphens in the reeds at the other side of the lagoon. While we were there Mark set about using his ‘secret methods’ to try to bring in a Bluethroat and within minutes one had arrived, giving us the best views we have ever had, brilliant and definately bird of the day! Thanks Mark! From the second hide we added a Black necked Grebe to our list but otherwise birds were quite scarce.We tried to entice some Penduline tits out, but although we heard some, we didn’t actually see them. We had our lunch at the picnic area watching Red knobbed Coots and Chiffchaffs through the viewing screens, and a Snipe flew in and landed at the far end of the pool. While we were there John and I were pleased to see our first Swallow of the year. We headed home, passing, but not stopping at the Elche rubbish tip, which was a pity as Barry and Malcolm had apparently seen 2 White Storks there today. They must have been in the same area as we were but sadly, we didn’t bump into them. All in all we had a good day out although it’s a shame Bryan wasn’t with us as he might have enjoyed the close views of the Bluethroat, sorry Bryan! 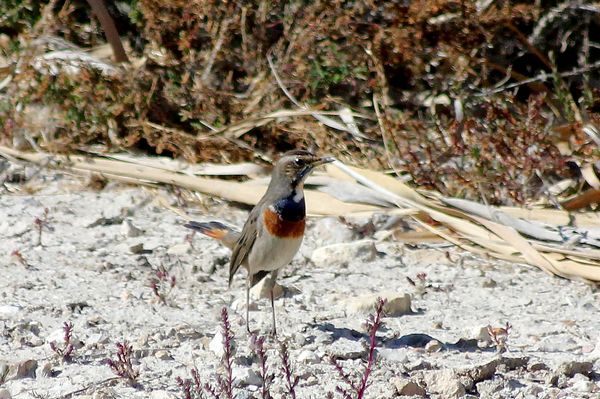 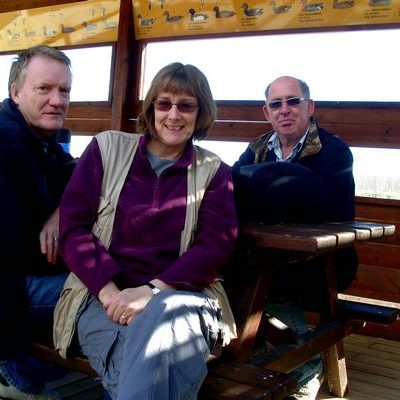