A morning visit to Pego Marsh today revealed 5 White Stork (SM) and 3 Black Stork (SM). While walking along a track we also flushed a Purple Heron out of a ditch. Yellow Wagtail (SM)were also in abundance as well as several Meadow and Water Pipit plus a few Glossy Ibis. Little Ringed Plover, Green Sandpiper, Common Sandpiper, Black winged Stilt, Audouin’s Gull and Marsh Harrier were also recorded to add to the very common Little Egret, Cattle Egret and Grey Heron. Two photos of Black Stork show one bird in flight and one on the marsh. Judging by the bill colour and plumage, all three Black Stork were not yet adult. The third photo shows the 5 White Stork, which as you can see were stood on the edge of a field. 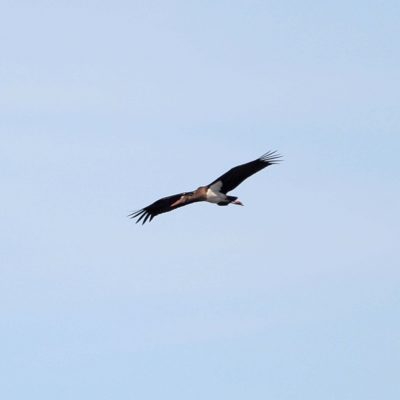 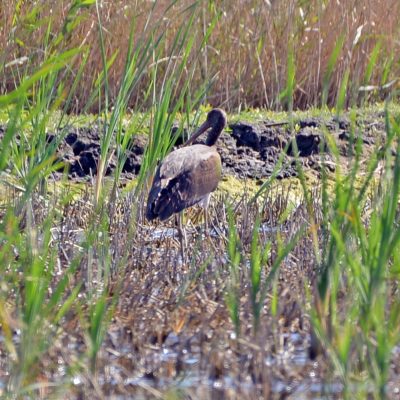 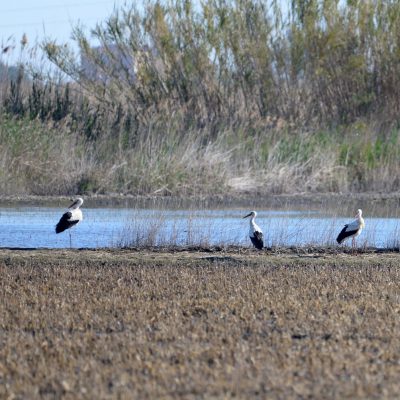