Having already seen most of the birds we were hoping to see in the first few days, our birding became a bit more relaxed for the rest of the trip. Having said that, today we took another long hike up a mountain in the Belagua Valley. Julian, the owner of Metsola Apartments and a well know bird guide, had asked us if we were able to manage a half hour walk to look for some Snow Finches. We said that would be fine so he told us where to head for. He failed to mention, however, that the walk was all uphill, halfway up a mountain! That might be a bit of an exaggeration but I did think I was going to have a heart attack at one point! After all that effort we still failed to find the birds although we did have good views of several Alpine Accentors flying around and perched on the rocks. We may have seen a Rock Thrush, but it was an inconclusive sighting so I am not counting it. On the way back we saw a party of about 20 Citril Finches, a Ring Ouzel and some Alpine Chough. When we were driving back down the road from the valley I spotted a Golden Eagle flying above us, which was a new bird for the week. Before we returned to Isaba we visited the small Mintxate Gorge where we watched Griffon Vultures and an Egyptian Vulture either perched on the cliffs or flying around, and all at quite a close range.

Today we headed off past Anso and down the bottom part of the Anso Valley which leads into the Binies Gorge. We stopped at a viewpoint at the start of the gorge and had great views of a Short toed Eagle flying on the other side of the gorge at eye level. After watching the bird for a while we moved on, stopping in the pretty village of Berdun for a coffee, before heading back up the Hecho Valley. We arrived at the picnic area to find it quite busy as it was Saturday. This meant we saw very few birds but we did enjoy our picnic by the river as well as a drink in the new cafe there. 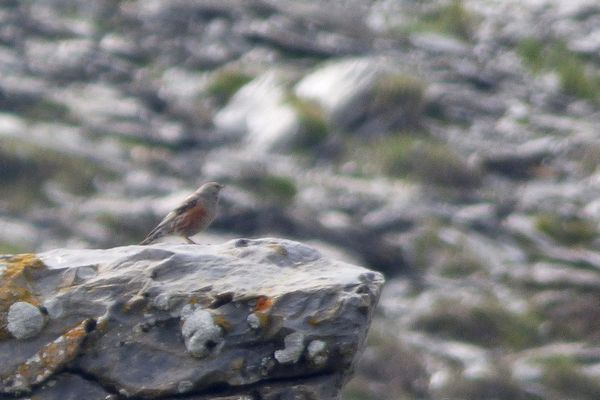 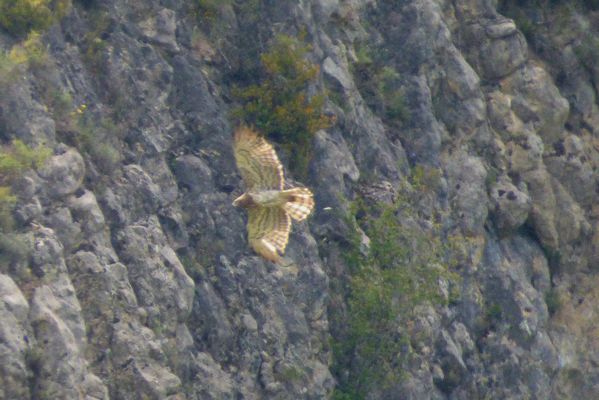