This year we stayed, once again at Nannerth, a large farmhouse near Rhayader. It is a truly wonderful place with amazing views of the countryside and lots of birds easily viewed from the windows of our loft apartment. As soon as we had unloaded the car we went outside and saw a pair of Redstarts flying away up the hillside and a Pied Flycatcher in a nearby tree. We saw a Red Kite every day as it flew above the trees opposite our kitchen window and it could sometimes be seen perched in one of the trees. One day we were looking at a Green Woodpecker in the tree outside our apartment until a Great Spotted Woodpecker flew in and sent it on its’ way. Pairs of Redstarts and Pied Flycatchers were seen each day and a couple of Song Thrushes came to feed on a grassy hillside most evenings. 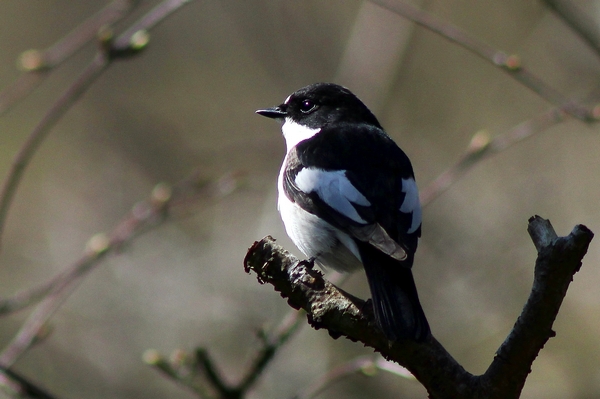 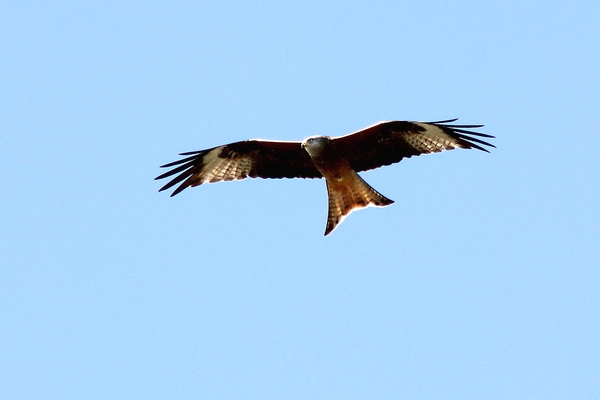 On Monday as we drove along the lane away from our accommodation we were happy to find a pair of Goosanders sitting at the edge of the river. We continued our journey across the old mountain road to Aberystwyth which is a moorland area giving us Wheatear, Skylark, Whinchat, Red Kite and Buzzard. Just outside Aberystwyth we turned towards Machynlleth and made our way to the Dyffi Osprey project. As we approached the main hide we saw an Osprey carrying a fish, fly in to land on a favourite perch. We watched this and two more Ospreys for quite a while coming and going from the perch and the nest. Monty the male, and Glesney the female are last year’s pair and the other was an intruder who may be the same bird that was trying to muscle in on the nest last year. We left the area and drove to Nant y Arian Kite feeding station. We had just missed the feeding, which we have seen before, but we watched hundreds of Red Kites in the air for quite a while. We also saw two pairs of Goosander on the lake with a few Tufted Ducks and Canada Geese. 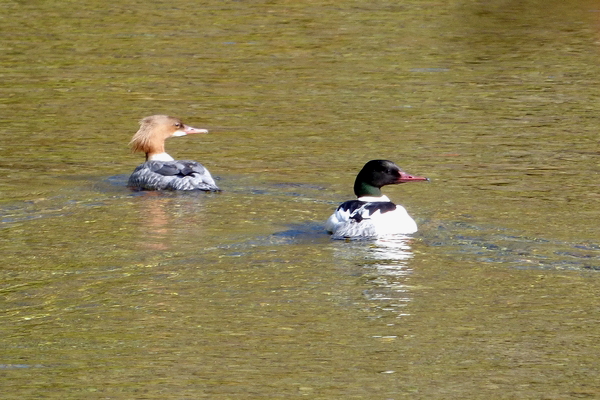 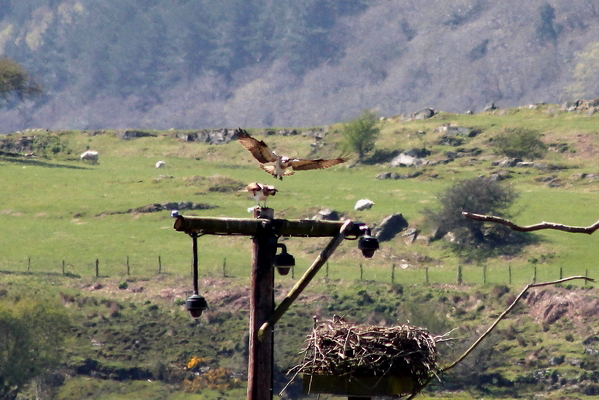 Tuesday found us driving a circuit around the Elan Valley visiting the five dams there. We were surprised to see a couple of Jays in the only tree in a moorland area before they flew away, presumably to find some more trees! We saw many species we had already seen this week but we did add a Treecreeper to our list.

On Wednesday we went to the nearby Gilfach Nature Reserve and headed straight for the Otter hide. We didn’t see, or expect to see, any Otters but on entering the hide I immediately spotted our target bird, a Dipper, sitting on a rock in the middle of the river preening itself. It stayed there for a long time and was sometimes joined by a second bird. When not watching the Dippers we could look at the Pied Flycatchers, a male and female, as they visited the nest boxes looking for a home. We eventually left the hide, having had our fill of looking at and photographing these birds and went up to the visitor centre for a cup of tea. While there we saw a Redstart and heard our first Cuckoo of the year. We went back down the valley for our picnic where we watched a very confiding Willow Warbler singing in a nearby tree. In the evening we went Badger watching in the tree house on the farm but sadly no Badgers arrived. We did however hear a Tawny Owl calling a few times. 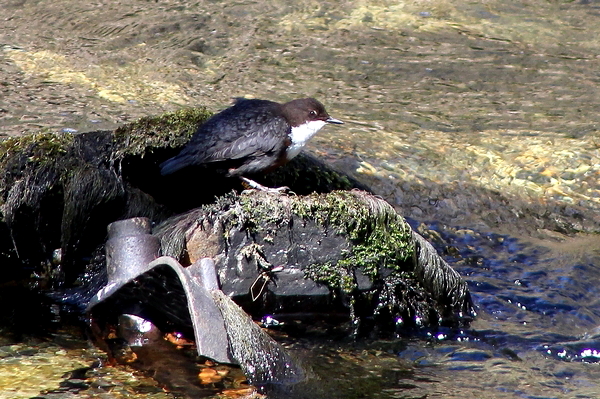 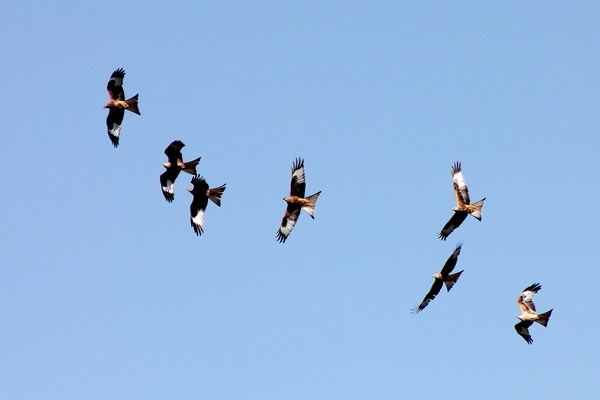