Today when we set off it was raining quite badly so we had low expectations of seeing many birds. Having said that some of the ‘usual suspects’ were out as normal starting with White Stork, Azure winged Magpie, Woodchat Shrike, Black Kite and Corn Bunting. As we crossed some moorland we also saw Calandra Lark, Stonechat and lots of Skylarks. A Little Owl sitting on top of an old building was a nice find as we hadn’t seen one all week. As the rain eased off more of the common species appeared including Swallow, Red rumped Swallow, Southern Grey Shrike, Hoopoe, Grey Heron, Magpie and the odd Bee eater. There were White Storks nesting on the church in the little village of Santiago del Campo and Common Swift flew around the church tower.

We stopped to look at the lake at Talavan where two more White Storks were on a purpose built nest pole and a Swallow was nesting in the bird hide, coming in regularly to feed it’s young. Both male and female Marsh Harriers were hunting and a Great Crested Grebe was on the lake. 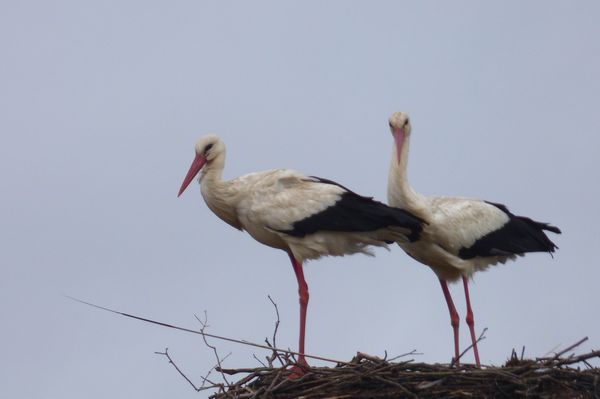 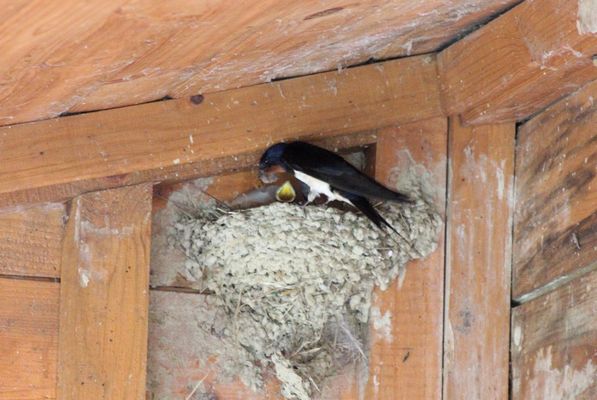 We moved on from here, after coffee in Talavan, past Monroy and through Jaraicejo until we found a picnic place on an old river bridge on the way to Casas de Miravete. Here we ate our lunch and listened to Nightingale, Cetti’s Warbler and various other birds singing, and watched Swallows, Red rumped Swallows and Crag Martins flying over the water and into their nests under the bridges. As I looked over the edge of the bridge I spotted a Subalpine Warbler as it disappeared into the bushes above the water. A large raptor flew nearby which we eventually decided was a Black Vulture. After lunch we continued up the mountain to look at the views. In between taking photos of the scenery I spotted a raptor and photographed it. I thought it was probably another Black Kite. It wasn’t until I got home and looked at the photo that I realised it was a Booted Eagle. It was a terrible photo but by zooming in it could easily be identified. This was the only new species added to the trip list today. As we arrived back at our apartment in Torrejon el Rubio later on, the sky had brightened and lots of Griffon Vultures were in the air soaring over the fields and the village. A quick look through the binoculars identified one bird as an Egyptian Vulture, a good bird to see without leaving our balcony!

Overall, despite an unpromising start it had been another enjoyable day with lots of great birds. 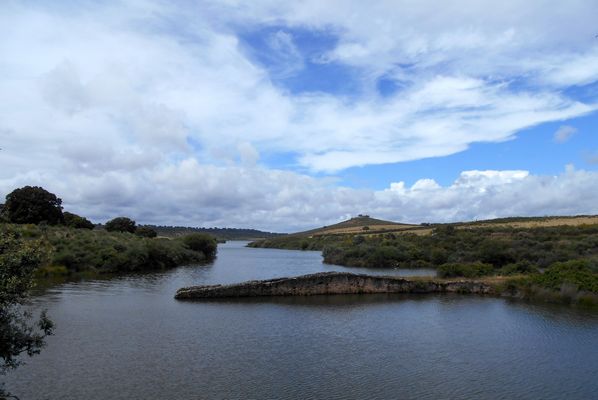 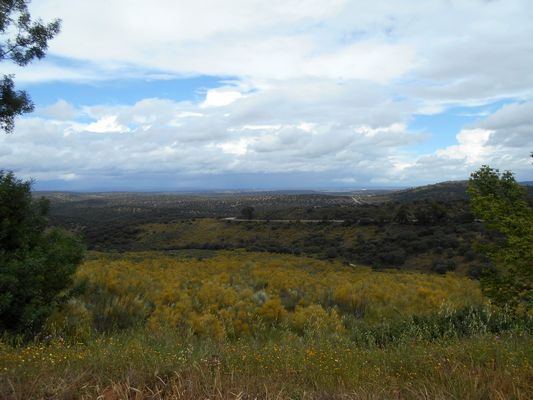