On Thursday we headed to Amble for our second boat trip of the week. This was a short trip around Coquet Island with the main aim being to see the rare Roseate Terns that nest there. We were soon seeing Puffins and Guillemots flying over the sea and small rafts of Puffins resting on the water. As we approached the island we could hear the usual noisy calls of Terns, which included Arctic, Common and Roseate Terns. The boatman pointed out the general area where the Roseates were nesting and we soon managed to pick a few out, distinguished by the pinkish glow to their front and a black bill, rather than the red bill of the Arctic Terns. This was another enjoyable trip, of just under an hour, before we headed back to the harbour for a coffee in the Quayside Cafe. 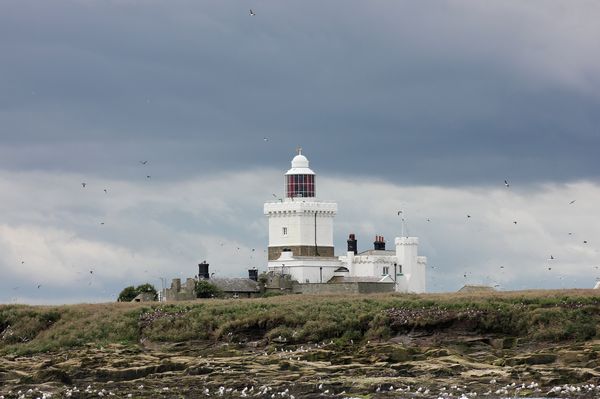 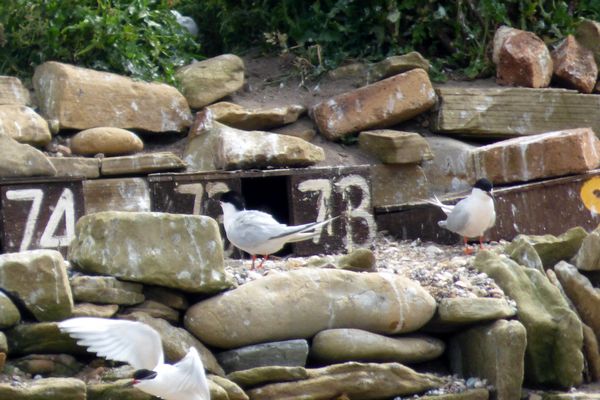 The days mentioned were the main ‘birding’ days but we also added a few species while out on walks along the coast, including Rock Pipit between Craster and Dunstanburgh Castle, and Goosander on a walk from Howick towards Longhoughton. We also saw Goosander at Seahouses and a group of them in Amble Harbour. The Yellowhammer visited the wall outside our cottage every day, along with Linnets, Swallows and the family of Pied Wagtails.