Today we went to find the Santa Agueda platforms which Bryan that Trevor had told us about. The viewing towers are in what looks like a disused nature reserve and they overlook reeds and some bare ground, which when wet, can hold a few waders. When we climbed one of the towers we could see a group of Lapwings and a few Golden Plovers, but these soon flew away leaving behind a small flock of Little Stint. We were pleased to see about 4-5 Little Ringed Plovers (SPRING MIGRANTS) along with and a Common Snipe and three Jack Snipe, a new bird for us. A Marsh Harrier occasionally appeared hunting over the reeds and a few small birds were moving about in the scrub and the Tamarisk trees. We met another couple of birders there, Nick and his wife, who said they might join us for the next CBBC Field Trip. While we were chatting we saw a small flock of Black tailed Godwits as they flew across in front of us. Before we left the tower John pointed out a Swallow, flying over, our first of the year.

We left this location and drove back round to have a look at the Carrizales reserve, passing a Little Owl on the way, sitting on top of his usual building. As usual there was little to be seen at this new reserve other than a few Reed Buntings, a Great White Egret and a Grey Heron. As the car was facing towards Dolores John decided to carry on and turn left to join the track that leads to the ‘little reserve’. We don’t go along her much nowadays as the road surface has become very broken up by the lorries which come to collect the vegetables that are being grown here. I happened to mention that we had not seen any Glossy Ibis on the ground this winter, although we have seen them in flight a few times. No sooner had I said this than we came across a group of about 50 Glossy Ibis feeding on a wet field. Brilliant! From here we set off home to get ready to go to England tomorrow. 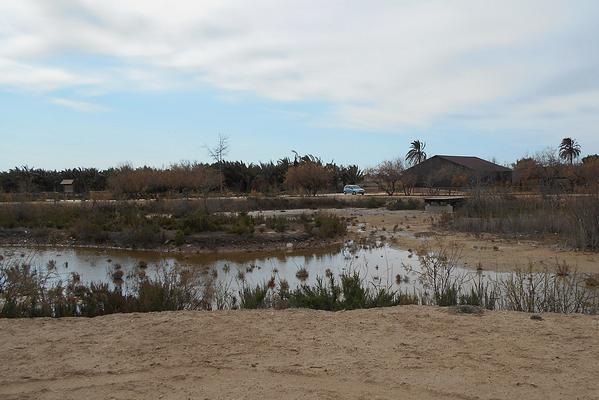 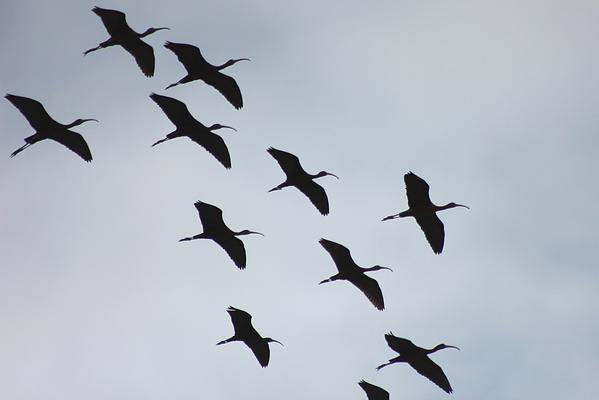